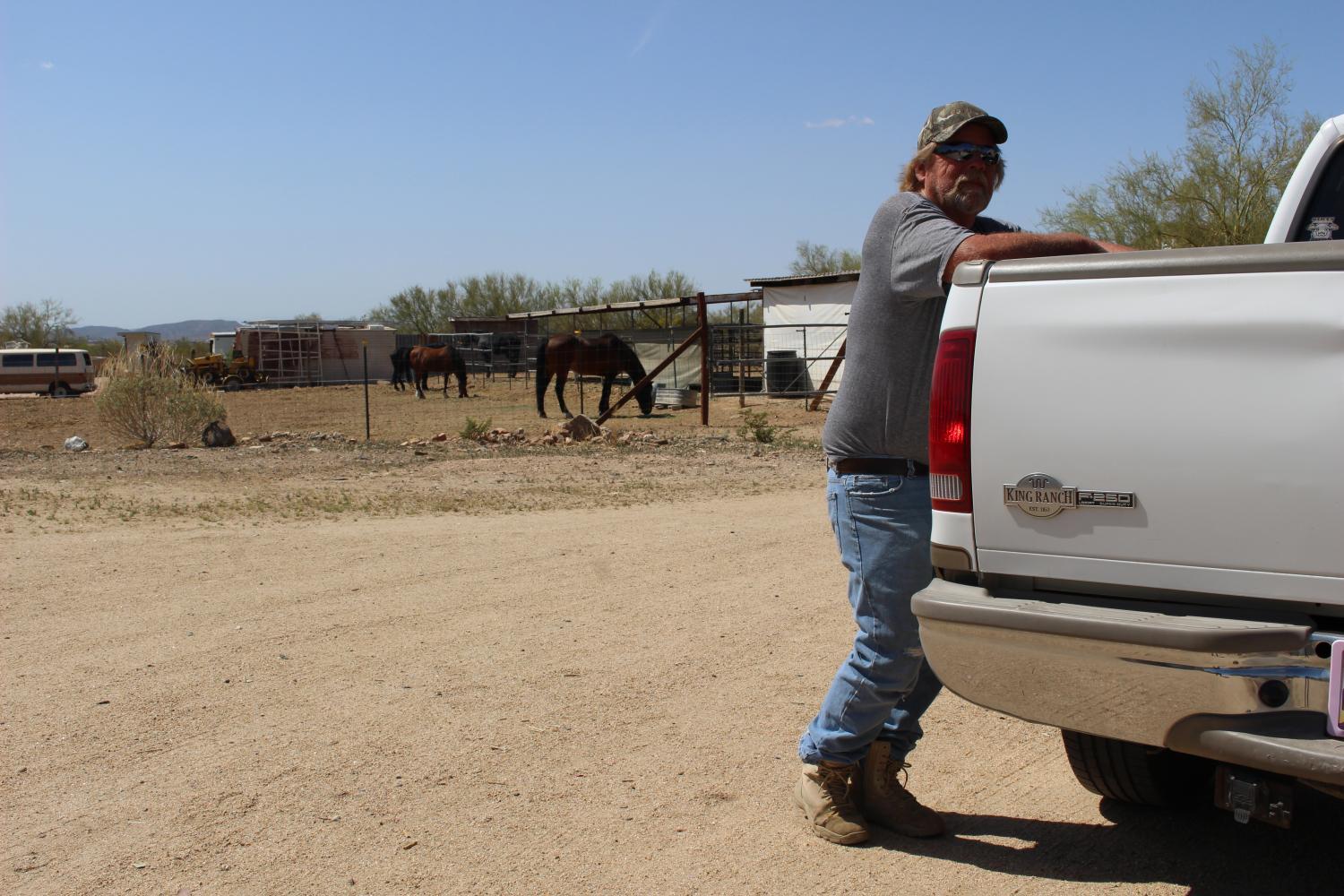 Bret Jaspers/KJZZ
Ron Bentley at his New River home in April, complete with horses. He's lived on that hill since 1984.

Ron Bentley has lived in New River since 1984. Back then, his house was the only one on the hill.

“Actually when we first moved here, the deer would come and eat hay scraps along the fenceline,” he recalled on a Sunday in April. “I haven’t seen a deer out here in 10 years.”

Bentley is referring to four new homes built on one-acre lots just north of his home. These houses and the land they sit on have vexed Bentley and his neighbors for over a year.

Arizona is known as a strong property-rights state, with low levels of regulation on home building. That’s especially true in unincorporated areas of Maricopa County like New River. Residents here want stronger enforcement of the rules that do exist.

The episode started when they got wind that a ten-acre chunk of land was being sold.

“Then we started digging into who actually owned the property, and found out that the two five-acre parcels were owned by two different LLCs,” Bentley said. 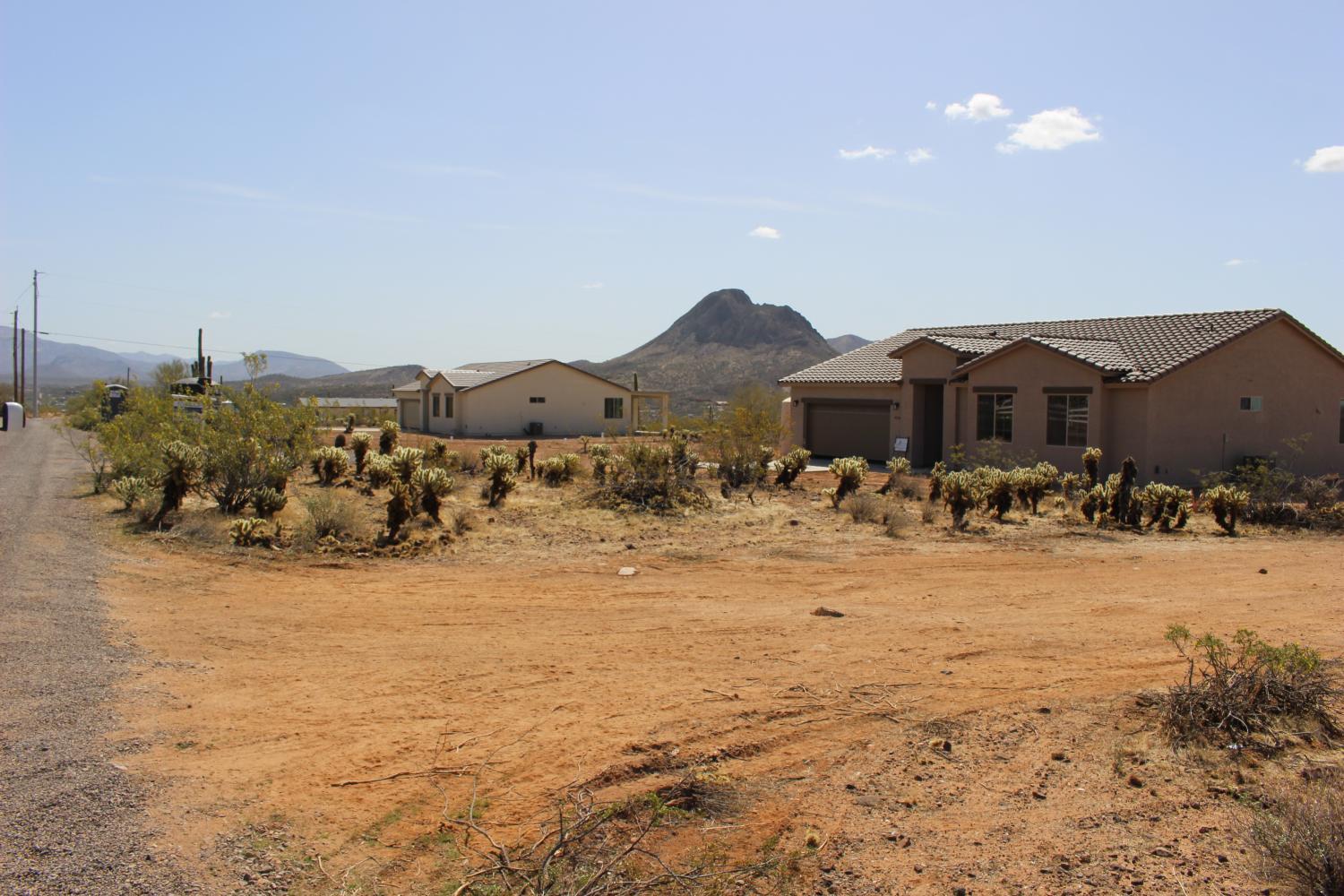 Limited liability corporations (LLCs) can give business owners privacy and shield them from liability. Ron Bentley and his neighbors — and later, KJZZ — found a web of LLCs related to the 10-acre parcel, often with common addresses and names. Property surveys for the two, five-acre parcels had one common LLC listed as the owner. Meanwhile, property deeds for the two, five-acre parcels listed separate LLCs as the owners.

Bentley suspected they were planning 10 houses on the 10 acres.

“It was called working in concert to get around subdivision laws,” he said.

In unincorporated Maricopa County — and much of Arizona — a subdivision is six lots or more. Land use lawyer Susan Demmitt, a partner at Gammage & Burnham, said companies can make more money if they avoid the demands of the subdivision process, things like infrastructure requirements and assured water supplies.

“All of those sort of standard things that come with a true subdivision, if you’re able to avoid that, then you’re able to get from A to Z much more quickly, efficiently, and [in a] less costly manner," Demmitt said.

Mike DeMore at Morgan Taylor Homes, the developer, declined to comment for this story.

New River residents are particularly sensitive to development. The community has had a water crisis since some wells have been drying up. A temporary solution should be in place by the end of July. Overdevelopment is exacerbating the problem, residents say.

Demmitt and others note that Arizona has a long history of deferring to private property rights.

At the beginning, Bentley and his neighbors called Maricopa County Planning and Development when the developer started work without a permit. Construction paused, then restarted after they came into compliance. But that’s a permitting issue. If a web of LLCs owns various deeds for a larger tract of land, the County can’t stop them.

“The Counties only have the authority that the state grants to us,” said Carol Johnson, director of Maricopa County Planning and Development. “We don’t have any authority until after the fifth lot has already been created. So when it’s six lots or more, that triggers the subdivision, and then our subdivision ordinance comes into play.” 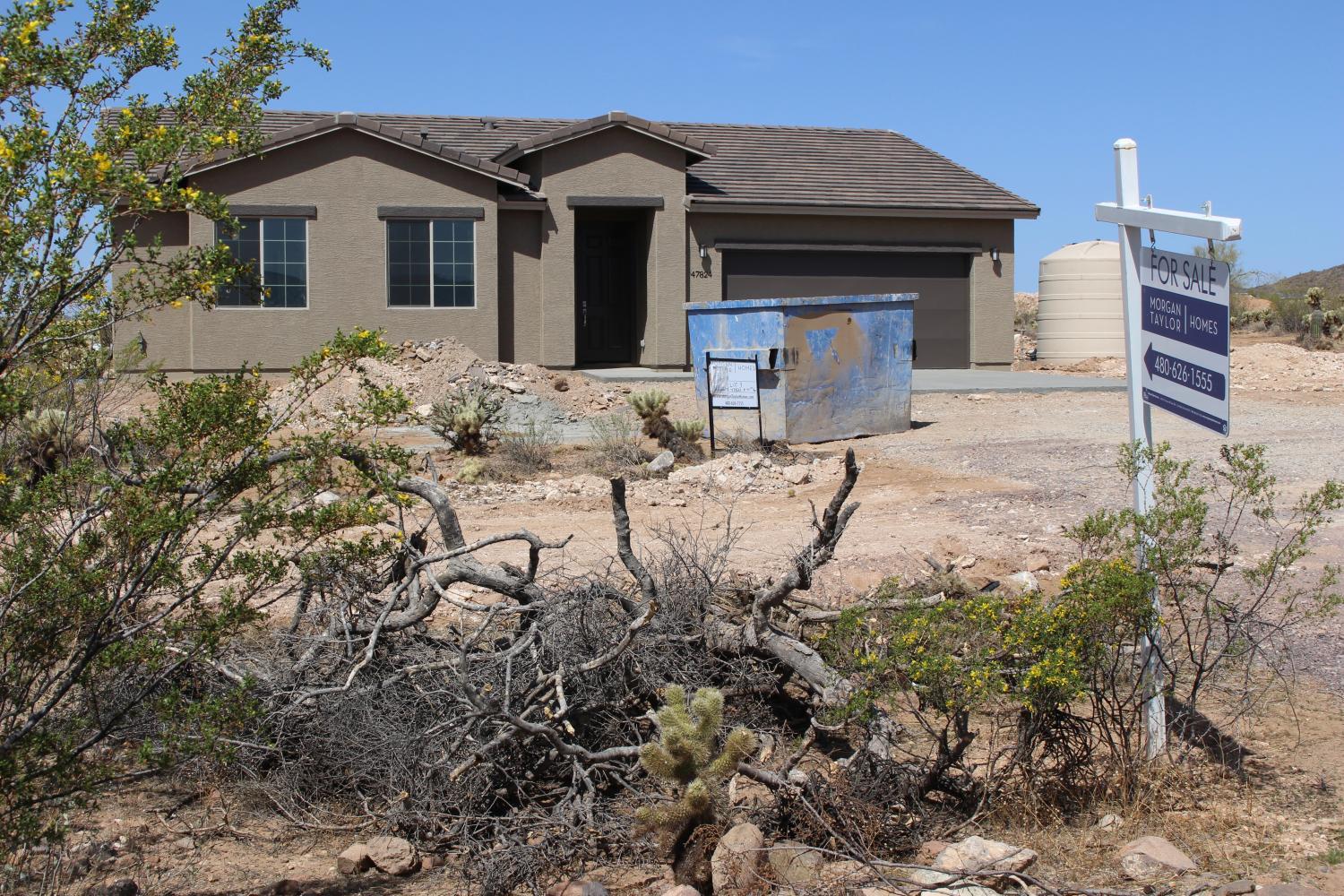 According to an Arizona state law, Counties can elect to review plans for five or fewer lot splits, but they can’t deny approval. (The measure passed in 2010). Johnson said Maricopa County elected not to review splits, because they couldn’t do anything about it anyway.

Ultimately, violations of the subdivision law are something the Arizona Department of Real Estate investigates. Ron Bentley and his neighbors complained to ADRE, and then provided documents, surveys, and deeds. ADRE eventually launched an inquiry into the Morgan Taylor Homes development in New River.

Louis Dettorre, ADRE Deputy Commissioner, couldn’t comment on the active case. But he said the department has recently renewed efforts to meet regularly with Maricopa County.

“To have a discussion to say, let’s interact with each other,” Dettorre said. “Lets share information as we move forward and try to be proactive about that.”

Dettorre said citizen complaints are a big part of their investigation process.

Ron Bentley thinks public officials should be doing the legwork he and his neighbors did.

“If it’s ADRE’s rules to enforce, then I don’t think the citizen should have to go to the extent of what we’ve gone through to make people live by the rules,” he said.

Work on a fifth house is paused as the County reviews a second permit violation. But again, that doesn’t solve the subdivision question.

Bentley’s worried that without action on that, four houses will turn into ten, one parcel at a time.