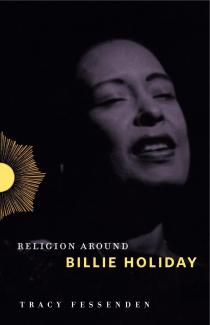 The Pennsylvania State University Press
"The Religion Around Billie Holiday," by Tracy Fessenden.

Billie Holiday may be best known as the lady who sings the blues. Her haunting, powerful voice shaped American jazz and pop music and belied her troubled upbringing and later problems with drug and alcohol abuse.

When you think of her, you might think of "Strange Fruit," or the flowers in her hair, or great American jazz. What you probably don’t think of is religion.

But in her new book, "The Religion Around Billie Holiday," ASU religious studies professor Tracy Fessenden makes the argument that religion — from the Catholic convent where she was sent as a child to the Jewish songwriters of Tin Pan Alley — shaped much of her life and music.

The Show spoke with Fessenden recently to talk more about the legendary singer and how religion intersected in her life.