Destination Big Box: Why Brick-And-Mortar Retail Holds On In Phoenix 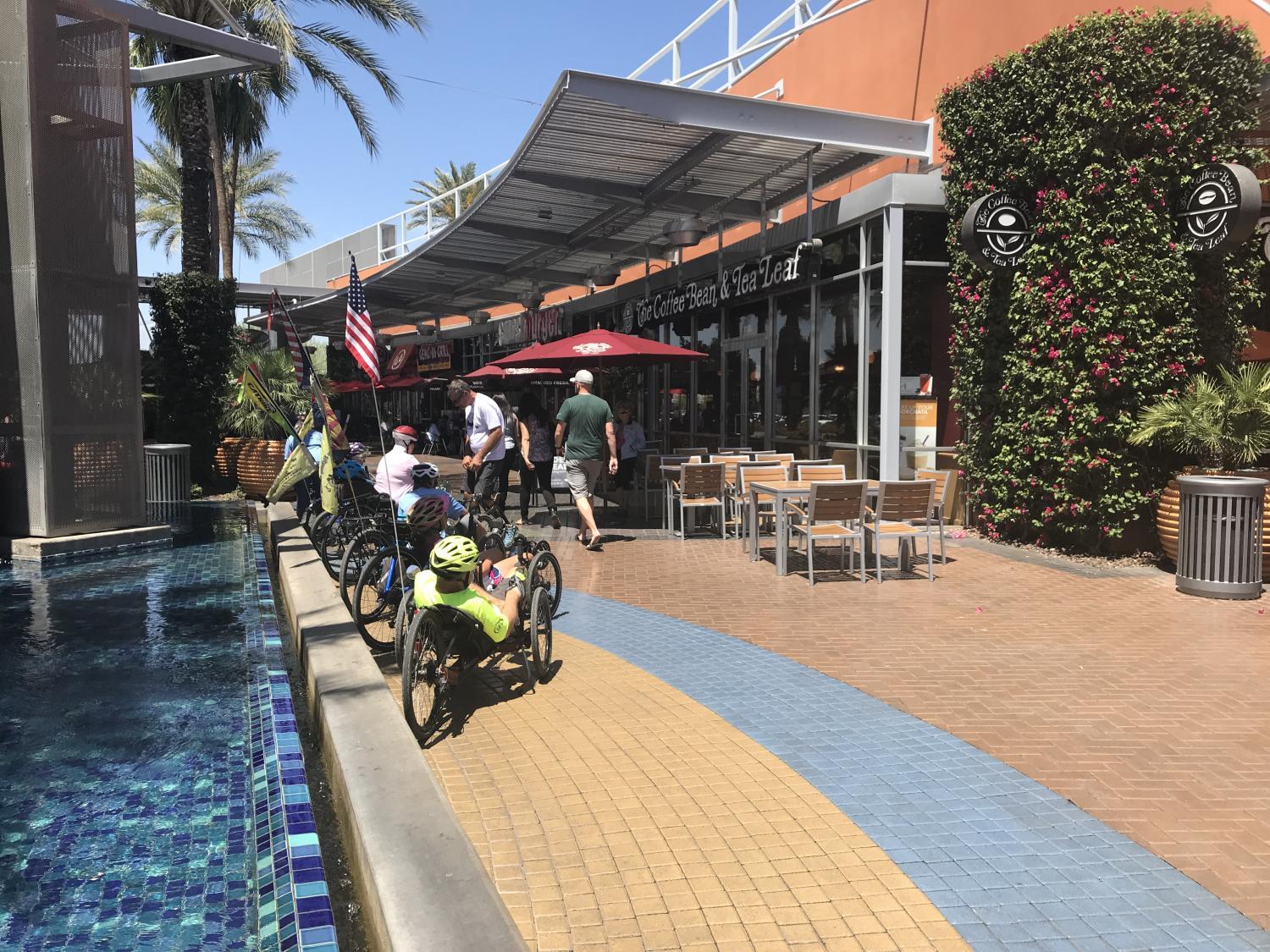 Retail shops are closing at a rapid pace nationwide. Online shopping is blamed and labeled as “the future of retail shopping” in most metro areas. But, in some cities, including Phoenix, brick-and-mortar stores still have a lot of shelf life left.

It’s a busy early afternoon on a Tuesday at Tempe Marketplace. And it’s more than just the lunch crowd here. The parking lot at Target is mostly full. And that’s where I stop to see people pouring in.

I walk across to the mall area and run into Lawton Jackson, a mom out shopping for her daughter.

“I mean living in Tempe, this is probably the closest to an outdoor area where the kids can be outside and look at shops but they’ll always go to Target.  The Target is the only place with the Starbucks,” said Jackson.

Jennifer Bartashus is an analyst at Bloomberg.

“Retail can be an interesting place for people where they have the opportunity to interact outside of a mobile device. And that is also some of the allure of what some of these stores may be,” Bartashus said.

At Tempe Marketplace, Jackson said shopping in person, with her kids, is an activity, an outing of sorts, rather than an errand.

“They want to go off on their own. They want to do their own thing. And so it’s a practice of independence for them.  I mean this Target is the one we know really well, so I can let them go a little bit further away. And it’s a just a practice of giving them some autonomy,” Jackson said.

“It’s a little refreshing to be able to go into a store and look at merchandise and to actually engage with someone who is working in the store ...”
— Jennifer Bartashus, Bloomberg analyst

“You spend a lot of time looking at your phone. It’s a little refreshing to be able to go into a store and look at merchandise and to actually engage with someone who is working in the store as well,” Bartashus said.

Gabe Ortega is senior vice president at NAI Horizon, a commercial real estate firm covering metro Phoenix. He said population growth has a lot to do with it.

“I think one of the reasons why the big-box guys are doing so well here, you know, part of it, is we continue to add new people. And with these new people come new homes, and with new homes, you know those homes and people need services,” Ortega said.

Maricopa County’s population is growing faster than any other in the country, according to March numbers from the U.S. Census Bureau. The total population of the county is over 4.3 million.

He said the retail sprawl follows the population.

“As a retailer, you don’t want to lose that shopping dollar or that customer  loyalty because your competitor planted a flag that was closer and more convenient to your consumer. You know the houses continue to sprawl out and it only made sense that retail would follow that sprawl of the housing,” Ortega said.

And the numbers support that.

Big-box retail in Phoenix during 2017 was actually on the rise, with a vacancy rate of 15.4 percent for the year, lower than 19.9 percent the prior year and 30 percent during the recession.

Ortega said with its sprawling landscape, Phoenix is designed to be a retail city — perhaps not intentionally, but it has been built that way, nonetheless.

And that lines up with how Jackson and her kids shop.

“It’s funny. I never would have said it, but it really is part of our community because it is something I do with the kids where my son can ring up the things at the self check-out and work on math. I mean we could order everything online. I do buy some things online.  But, no, they really go there, and we have an experience. And then we’ll end up picking up a few things. But, it’s just part of what we do as a family, going to the actual store,” Jackson said.