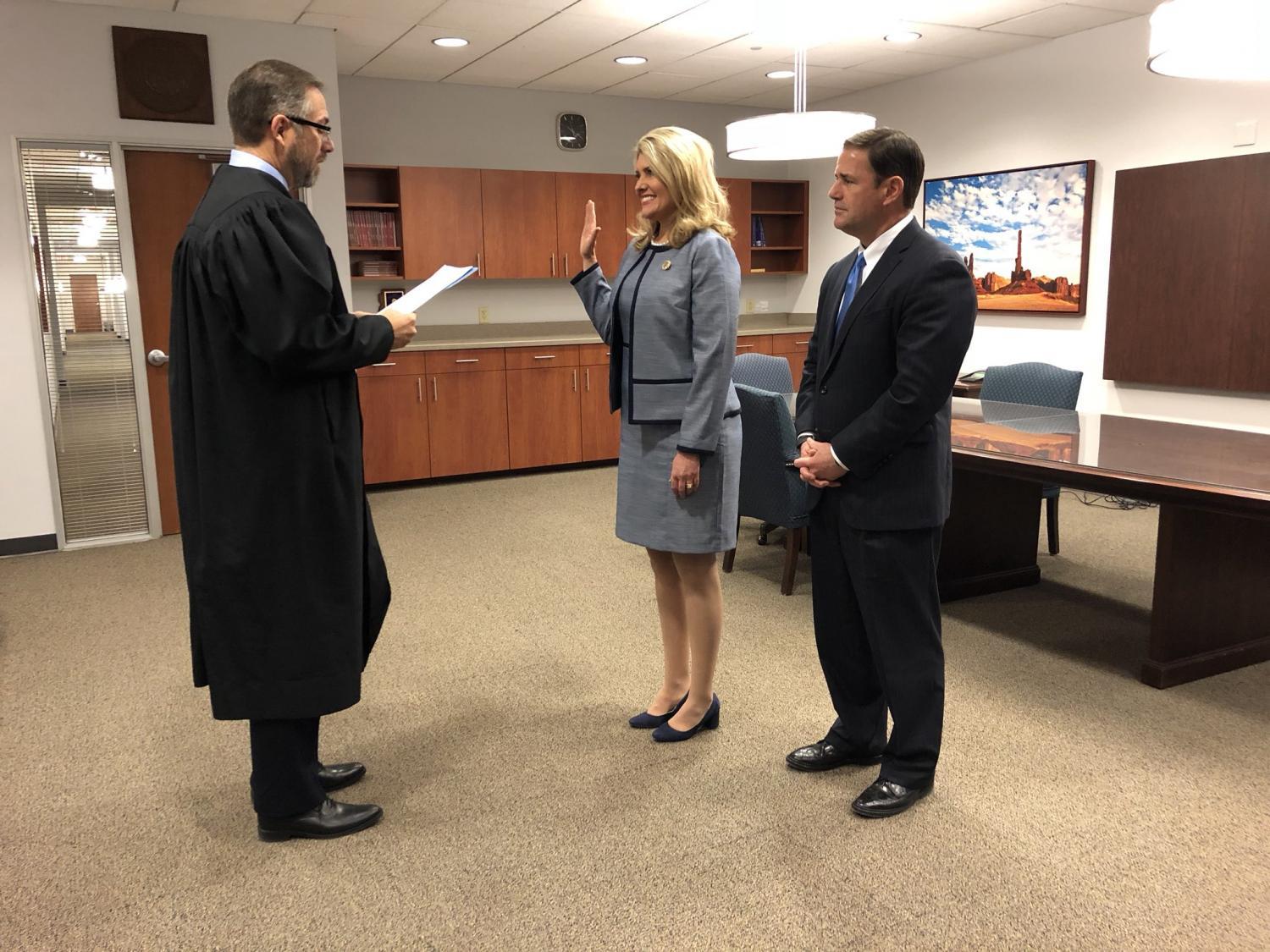 Klein resigned as president of the Arizona Board of Regents in March. She led the agency that oversees the state’s public universities for five years.

LISTEN: Klein Talks About Her Resignation On KJZZ's The Show

Klein told KJZZ’s The Show she felt good about her tenure and was looking forward to making contributions in other places. Now, we know she’ll fill Arizona’s top financial post as treasurer.

NEW: @Eileen_Klein is Arizona's new state Treasurer. She's by far the most qualified person in the state of Arizona for this job, and I know she will do a great job.