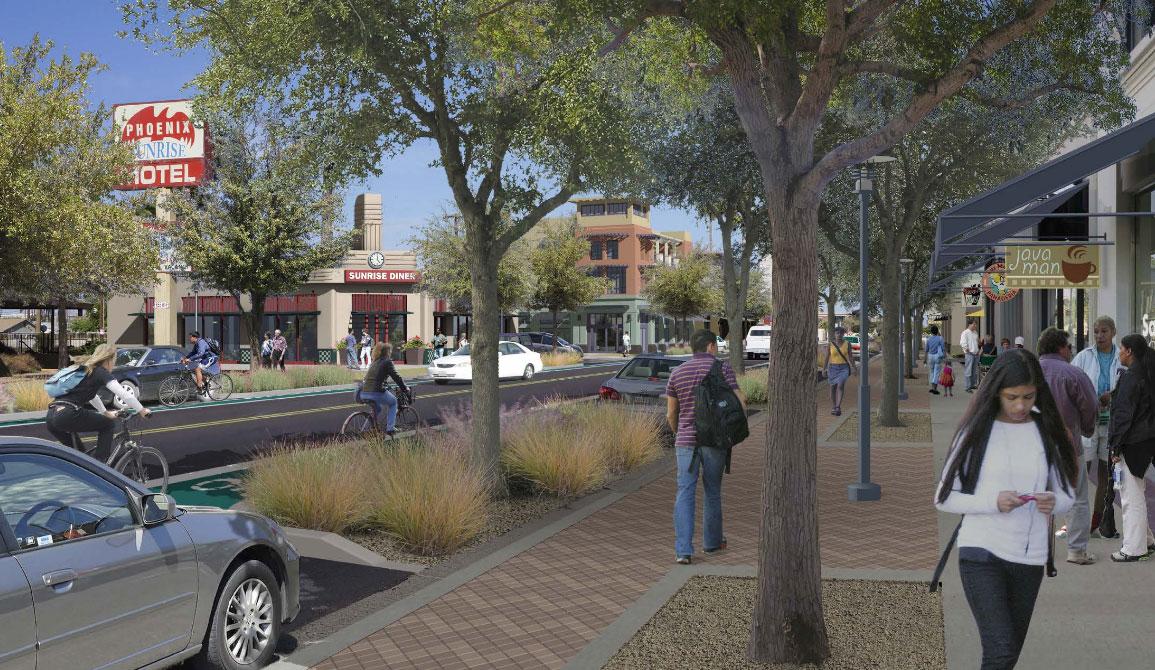 City of Phoenix
A rendering for the area near Van Buren Street and 37th Avenue in Phoenix.

In 2014, the Phoenix City Council passed an ordinance creating a Complete Streets Advisory Board to produce safety and accessibility guidelines for all street users to adopt by 2015.

But Connor Descheemaker, a member of the advisory board, says while the board has held up their end of the bargain, the Phoenix Street Transportation Department has refused to work with them, resulting in years of impasse.

In fact, members of the citizen council are so fed up that last week several from the Complete Streets Advisory Board put a petition in front of City Council to force them to vote on the guidelines they had put together, completely going around the Street Transportation Department.

Maria Hyatt, street transportation director for the city of Phoenix, says the process with citizen councils always includes a generous amount of push and pull and it’s the city’s job to make sure the final product complies with laws and all the stakeholders involved.

EDITOR'S NOTE: This story has been modified to clarifiy who put a petition in front of Phoenix City Council.