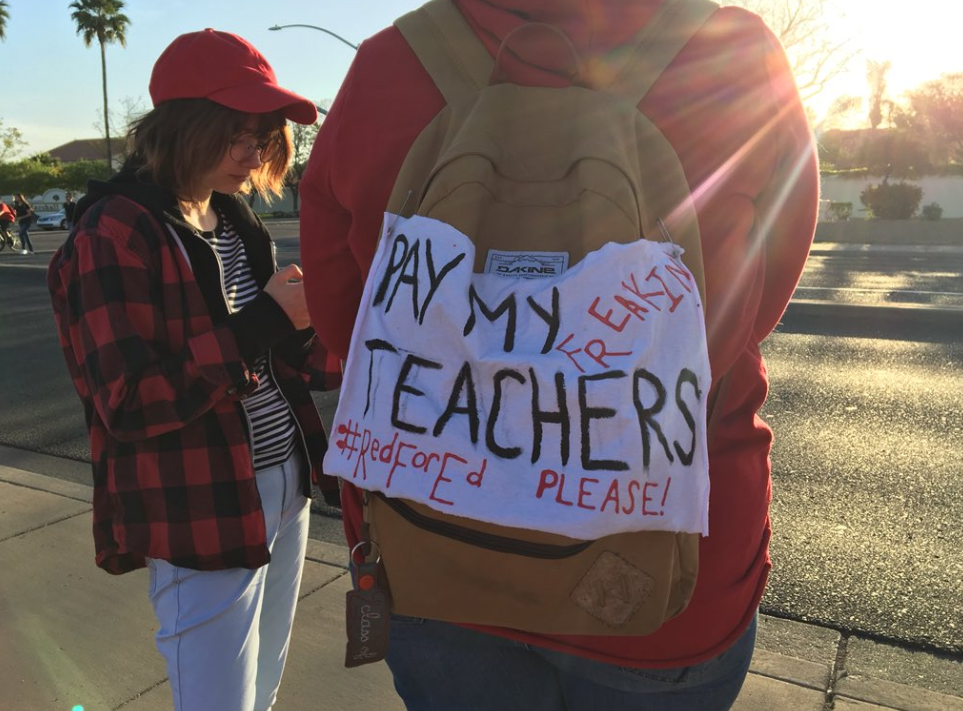 Just a week ago, two dozen educators at Desert Ridge High School in Mesa gathered before school to wave signs as parents dropped their kids off.

This small rally was one of many across the Valley that came before today’s state-wide walk-in. These “walk-ins” are not yet "walk outs," though organizers have indicated that would be a looming possibility. For now, teachers and supporters come together in front of schools before class to protest low pay and school funding shortfalls, and then walk into school together in a show of unity.

“All the teachers here are passionate about what we’re doing,” Patel said. “So it’s really just a matter of getting enough visible action so we can get a good gauge as far as what we can do in the future and that we are unified.”

The social-media based movement grew quickly last month. Arizona teachers are among the lowest paid in the country, according to federal data.  Average salaries in 2017 were actually $8,000-9,000 less than 1990 salaries, when adjusted for inflation. 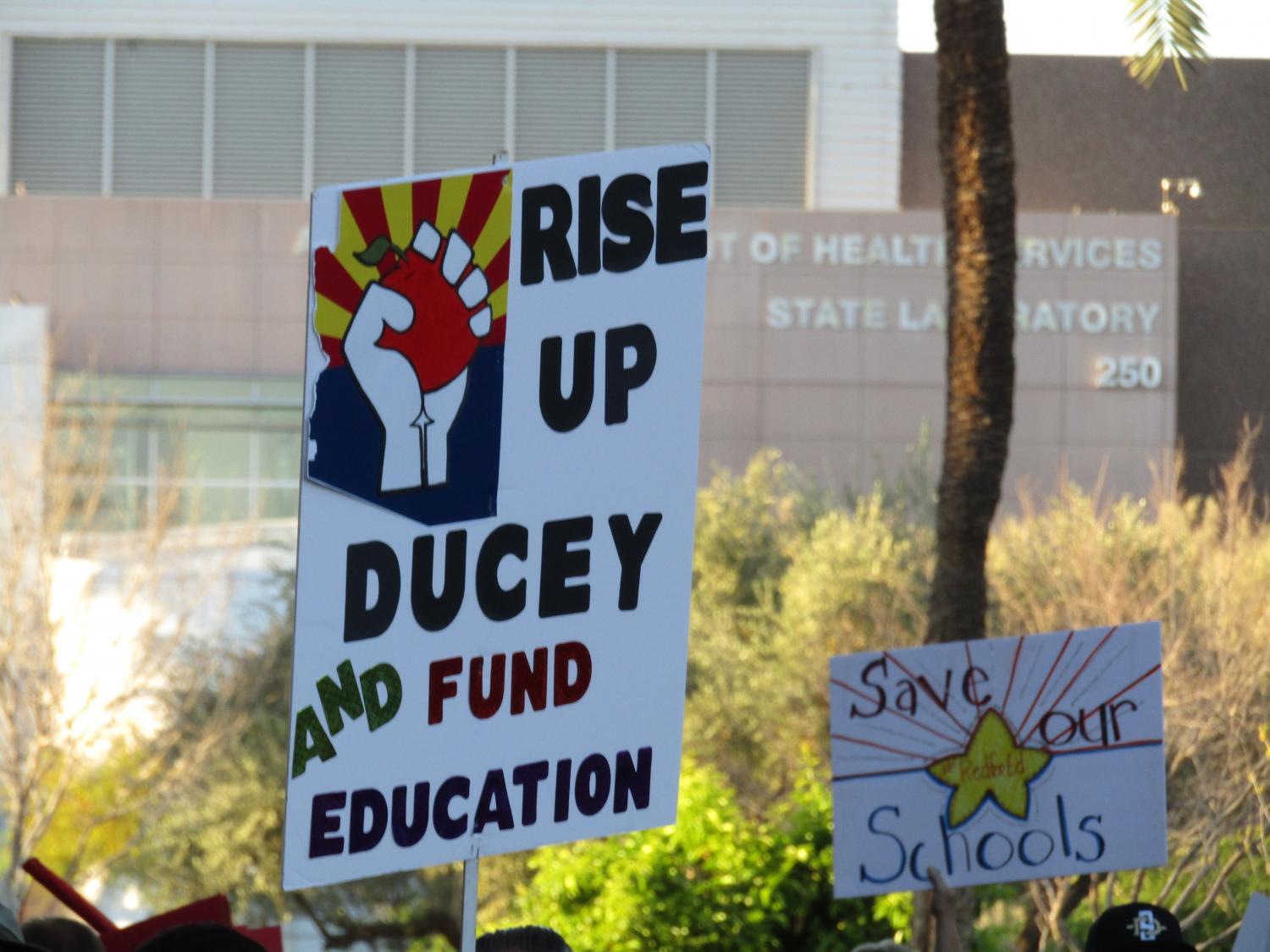 Now, Arizona teachers are demanding a 20 percent raise across the board. Music teacher Noah Karvelis, 23, is one of the organizers. Library books on how to be a social activist sit on his coffee table in the small apartment he shares in downtown Phoenix.

“The martyrdom is over,” Karvelis said. “You see that and you don’t have to sit there and take it, you can stand up and make a difference.”

Karvelis said his group has been inspired by teachers taking action in Oklahoma, Kentucky and West Virginia. He said it’s been a new challenge to balance work and activism.

“You’re a labor organizer in a class struggle from 3 p.m. to 6 a.m., then I’m back to school with a puppet on my hand singing songs to kindergartners,” he said. “It’s a weird balance.”

Drastic cuts in state education funding in the last decade here have also left teachers frustrated. Since the Great Recession, Arizona has cut more school funding than any other state through 2015 and in 2018 funding was nearly 14 percent below what it was in 2008. Nationally, teachers are still struggling to recover from the recession. 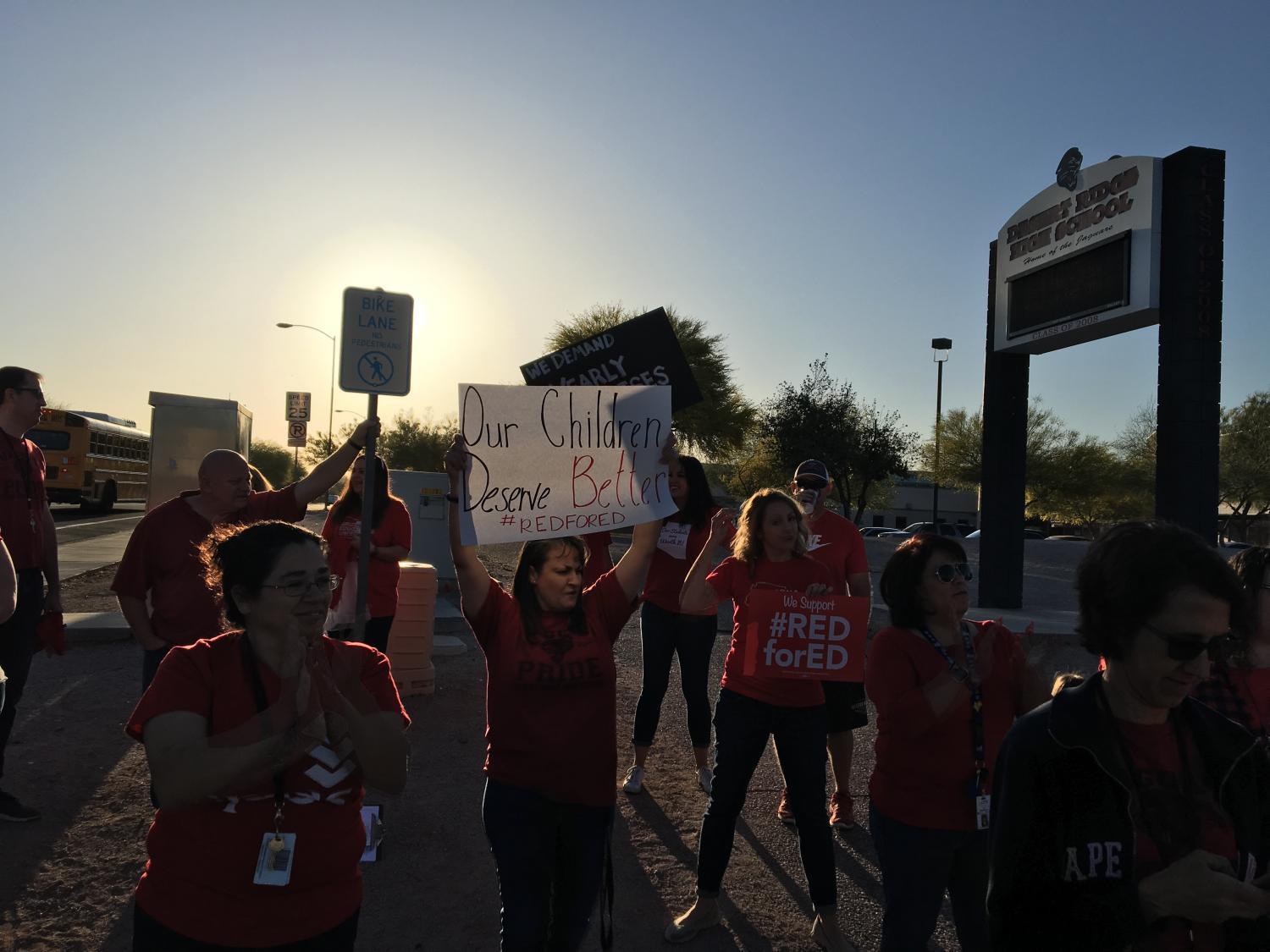 Karvelis says his group has put together a negotiating team ready to talk to state leaders about getting more funding and higher salaries.

“We’re going to continue to escalate actions,” he said. “We need to make a deal here, we need to get our 20 percent.”

Karvelis announced the demands at a rally last month when thousands of teachers and educators marched on the Capitol lawn.

A day after the Capitol rally, Ducey justified those pay hikes.

“We’re definitely trending in the right direction," Ducey said. "I’ve got a sense of urgency on this.”

The governor said he's on the side of teachers and is speaking to superintendents and visiting schools. 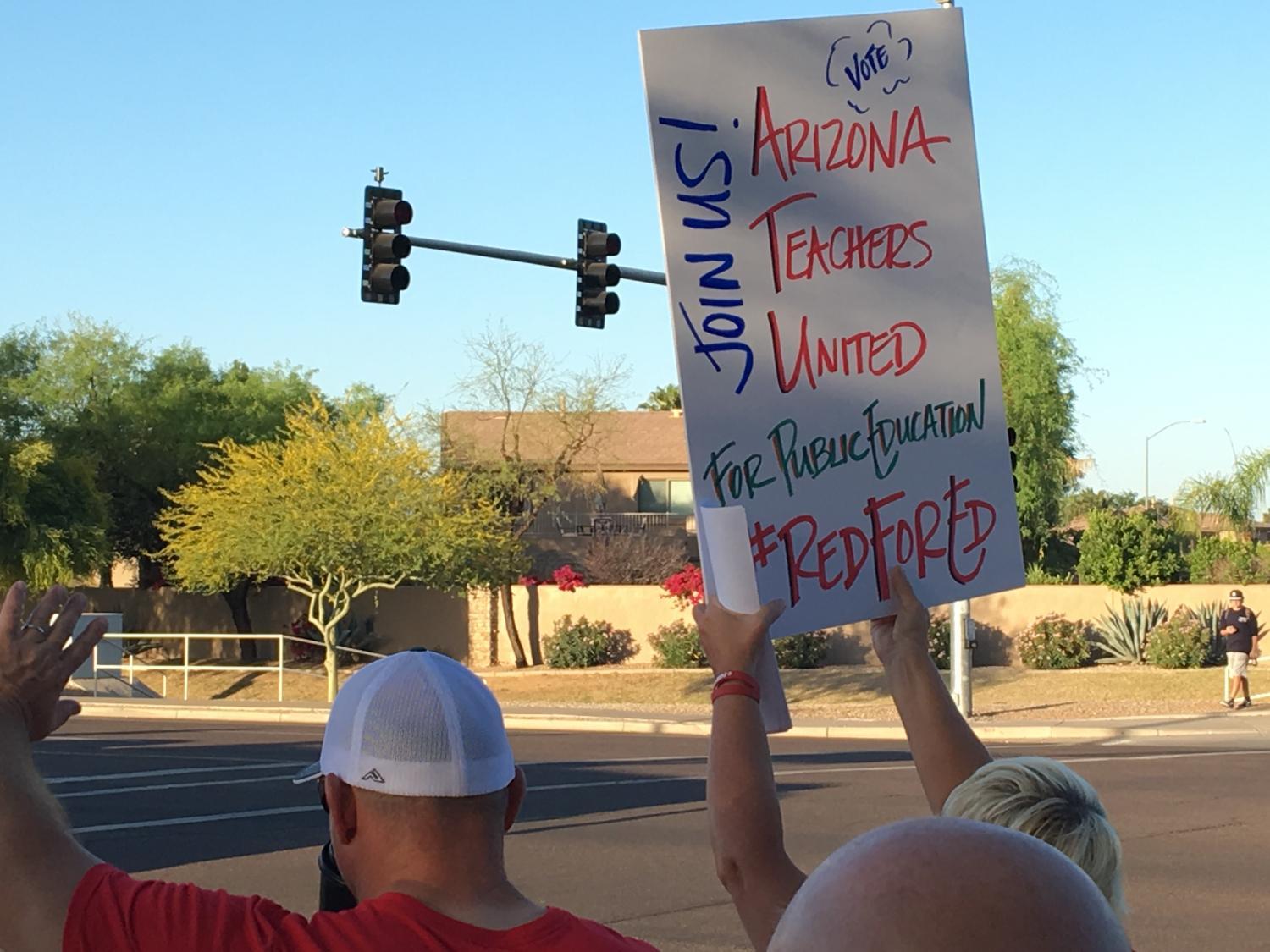 Organizers of the Arizona teacher movement, like Karvelis, don’t think the governor’s actions match his words.

“So now we’re watching the Legislature to see if they’ll make any moves because we need a change," Karvelis said. "And if we need to bring that change, if we need to escalate our actions continuously, that’s what we’ll do.”

There are just over 1,000 schools across Arizona rallying Wednesday, walking into classrooms and not out, yet.  For organizers, a strike would be the next step, depending on how much support they see at schools.