In Arizona, More And More Grandparents Are Raising Their Grandchildren 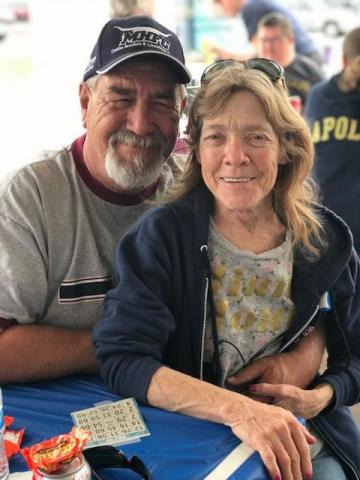 (Photo by Kathy Ritchie - KJZZ)
Brian and Marsha Sherman are raising their grandson. "He’s my son, and I'm going to do the best I can to make sure he grows up to be a good man," says Brian Sherman.

In Arizona, more than 100,000 grandparents or other relatives are raising grandchildren.  Drug addicted, mentally ill or incarcerated parents are among the top three reasons why. But many grandparents see this as a second chance.

On a Saturday afternoon, families are streaming into Saguaro Park in Glendale. There’s a huge barbeque area and the grills are fired up. Laughter and conversation fill the air, along with the smell of burgers.

This is the annual Grandfamilies Picnic, hosted by Duet, one of the few local organizations in the Valley that support grandfamilies. And it turns out, there are a lot of grandparents who are acting like parents again.

"The hard thing was switching from grandparent, where you spoil your first grandchild, to you’re in different role as far as you have to be disciplinarian. You can’t be the spoil ‘em and send ‘em home because they don’t go home," said 56-year-old Marsha Sherman.

She and her husband, Brian, started taking care of their grandson when he was 2. He’s now 13.

Like a lot of grandparents here, this was not in the plans. They had raised their kids. But their daughter was addicted to methamphetamines. She was going to jail and their grandson had become a ward of the state.

"It is what is," said Brian Sherman. "He’s my son and I'm going to do the best I can to make sure he grows up to be a good man."

Victoria Gray and her husband raised nine of their grandkids. They took in their first grandbaby in 1993. 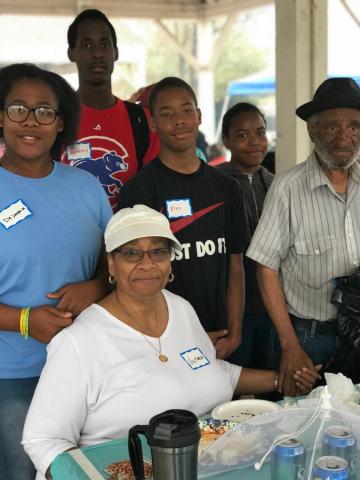 (Photo by Kathy Ritchie - KJZZ)
Victoria Gray and her husband raised nine of their grandkids. They took in their first grandbaby in 1993.

"You find yourself at PTA meetings and you're 40, 50 years old, and everyone else is in their 20s, and you’re like, 'I’m here for PTA,'" she said. "And the children had different things, the kids were teasing them like, 'Why is your grandmother here all the time? Where’s your mother?'"

"I felt embarrassed when I was little because I didn’t have a mom or dad to take me to my dances, my PTA, my parent-teacher conferences," she said.

And that’s what makes an event like this all the more important.

"This is a place where they’re going to see other grandchildren being raised by grandparents," said Patricia Dominguez, who is the director of kinship services at Duet.

"And I often hear them express how great of a time they have with us because they’re not having to explain where mom is or what’s happening, why do they live with their grandparents," she said.

"Right now, meth and heroin are the top two drugs of choice," she said.

Patricia Taylor’s 3-year-old grandson was born addicted to heroin. He spent 17 days in the hospital, detoxing. Taylor, who’s 67, has had him ever since.

"It’s harder physically, it’s less hard mentally, I think because I know more about children and learned from my mistakes," said Taylor.

And you hear that regret in Taylor’s story.

"I’m providing quite the structure for him whereas, when I raised my daughter, Dr. Spock had a book called 'Don’t Hurt Their Feelings,' and I didn’t provide a lot of structure for my daughter," said Taylor. "I think that’s part of the reason she ended up like she did."

Besides wanting to get it right, so to speak, Taylor talks about her fears — and there's one that is universal.

"All of us in this group worry about surviving long enough to be able to raise them. That’s all of our biggest fears."

Money is another concern for some grandfamilies. While Duet doesn’t provide financial aid, they refer grandparents to organizations that provide those basics: food, clothing, even beds.

There’s also the trauma that comes with living with an addicted parent — and these grandparents are on the front lines.

"You’ve got maybe defiant behavior, separation anxiety. It’s those trust factors for some of the grandparents, the anger the issues are some issues," said Dominguez. "Grief, loss — for both the grandparent and the grandchild."

And these issues don’t just go away.  Being a part of this new modern family that’s emerging because of the opioid crisis means more resources are needed — not just for the addict, but for their families who are literally picking up the pieces.