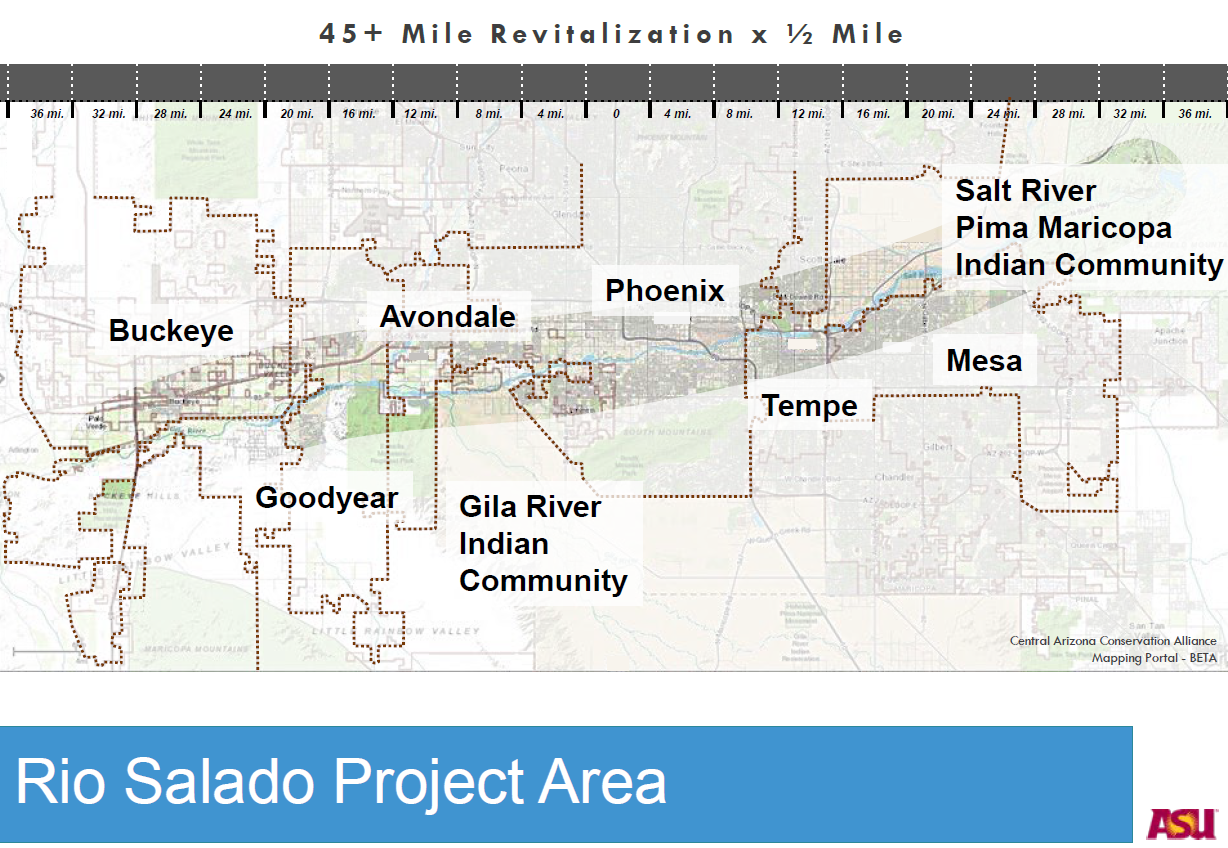 It’s being called “The Rio Reimagined” — and it could become one of the Phoenix area’s most ambitious revitalization projects in recent history.

Six cities and two tribes have signed a document supporting development along the Rio Salado, stretching more than 45 miles from the Salt River Pima Maricopa Indian Community to the east to the city of Buckeye to the west.

For decades, people have talked about development along the mostly dry riverbed. In the 1960s, a group of ASU students and faculty came up with the initial idea for Tempe Town Lake. More than 30 years later, the 2-mile long lake opened at a cost of $45 million.

Since then, the Town Lake has become a major tourist destination and continues to attract commercial and residential development. The lake’s success caught the eye of Arizona’s senior senator. Last year, Sen. John McCain asked Arizona State University (ASU) to take another look at the Rio Salado.

"He considers this a legacy for him, the Phoenix area and the entire state, really," said Austin Kennedy, a legislative liaison for McCain office, speaking to the Phoenix City Council last month. “Obviously, this has been built on previous work by Congressman Ed Pastor here in Phoenix and Tempe Town Lake which was championed by then Harry Mitchell, then future Congressman Mitchell. There are proof of concepts that we have already that we show we can turn our river into something for the community.”

McCain asked ASU to bring its research and planning expertise to the project. Duke Reiter with the University City Exchange Office said they’ve studied how other ambitious projects have been structured. 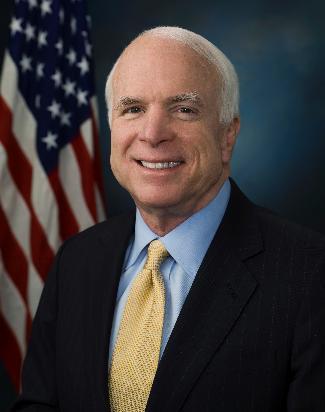 “And it typically is the same throughout, that there is an entity that carries the vision, there’s an entity around the development and there’s an entity representing elected officials that helped to authorize the whole thing," said Reiter. "We have found consistently that structure that so we’re trying to create something that can be handed off to others that resembles that.”

While ASU is heavily involved, Reiter made it clear The Rio Reimagined project belongs to the river communities. It will be up to cities and tribes to decide what kind of development they want to pursue: whether it’s housing, transportation, business, recreation, or habitat restoration — that’s what Phoenix focused on from 28th Street to 19th Avenue.

“For over 18 years I’ve been involved in this project in some way with Rio Salado beyond the banks," said Victor Vidales.

Growing up in south Phoenix, Victor Vidales said the riverbed was a dumping ground for tires, glass and trash. Now, it’s home to more than 200 species of birds and animals.

Kennedy said the statement of intent signed by leaders of the eight river communities will connect them to 15 federal agencies.

“The goal of us and being included in such a partnership would be to have access and a designation of sorts form the federal government that would include a full-time what is called an  ambassador to the prject," said Kennedy. "This person or group or entity would be able to navigate federal resources, help with rants, help with all sorts of things that could apply to the entire region that we might not have had access to before.”

Funding is just one big challenge. Water is another one. Don’t expect to see every community copy Tempe’s Town Lake. Reiter said the project should be "water positive."

“It should not be a draw on our current system. It should be a model of how to treat water and do it well," said Reiter.

The next step is to create a comprehensive vision for the Rio Salado that respects each community’s wants and needs and connects the metro area with a unifying public space.