Guitarist Andy Summers On His Music And Photography 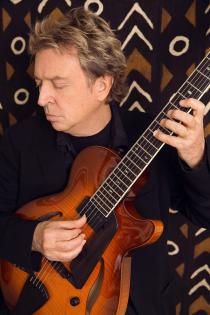 The Police was one of the most influential bands of the 1980s — with Sting at the center as lead singer, Stewart Copeland on drums and Andy Summers on guitar.

Since the band broke up, Summers has put out 13 solo and mostly acoustic albums. He is currently on tour for his Harmonics of the Night show, which combines his music and photography.

He was in the Valley earlier this week at the Musical Instrument Museum, and talked with The Show's Steve Goldstein while he was on the road.

They started by discussing the Harmonics of the Night show, and how important photographs and images are in it.