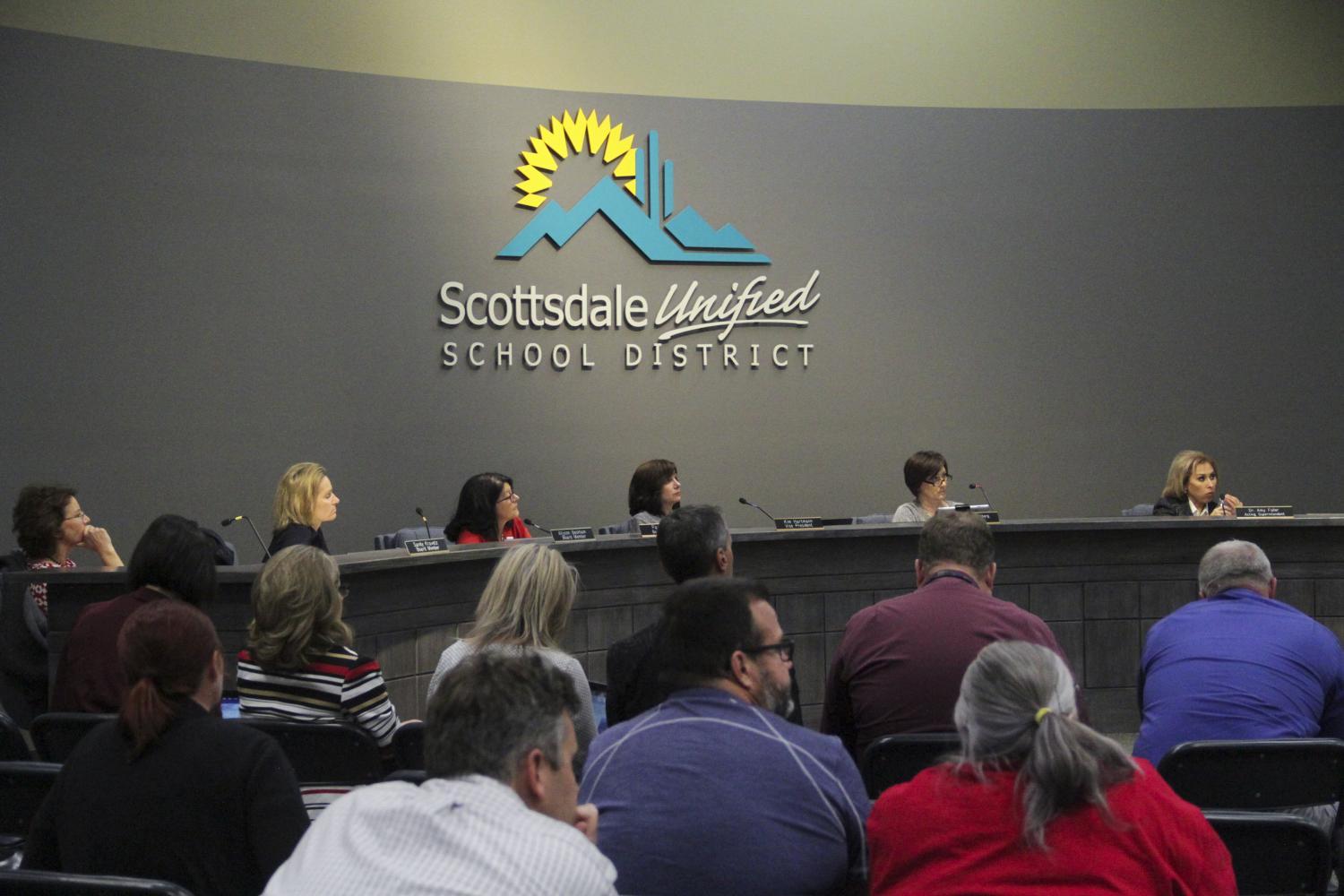 (Photo by Mariana Dale - KJZZ)
The Scottsdale Unified board met in executive session for more than two hours before deciding to start the process to terminate Superintendent Denise Birdwell and Chief Operations Officer Louis Hartwell.

The board adopted a “statement of charges,” which outlines the reasons it believes Birdwell and Hartwell should be dismissed.

“We do not determine today whether the allegations are true or false, and this is not the time to delve into the details of the case,” Governing Board President Barbara Pereleberg said.

The decision came at the ninth special meeting the district has held this year to deal with mounting legal questions about how the district pays for construction projects and conflicts of interest. The Attorney General opened an investigation in December.

Here are a few of the reasons cited to justify Birdwell’s dismissal: 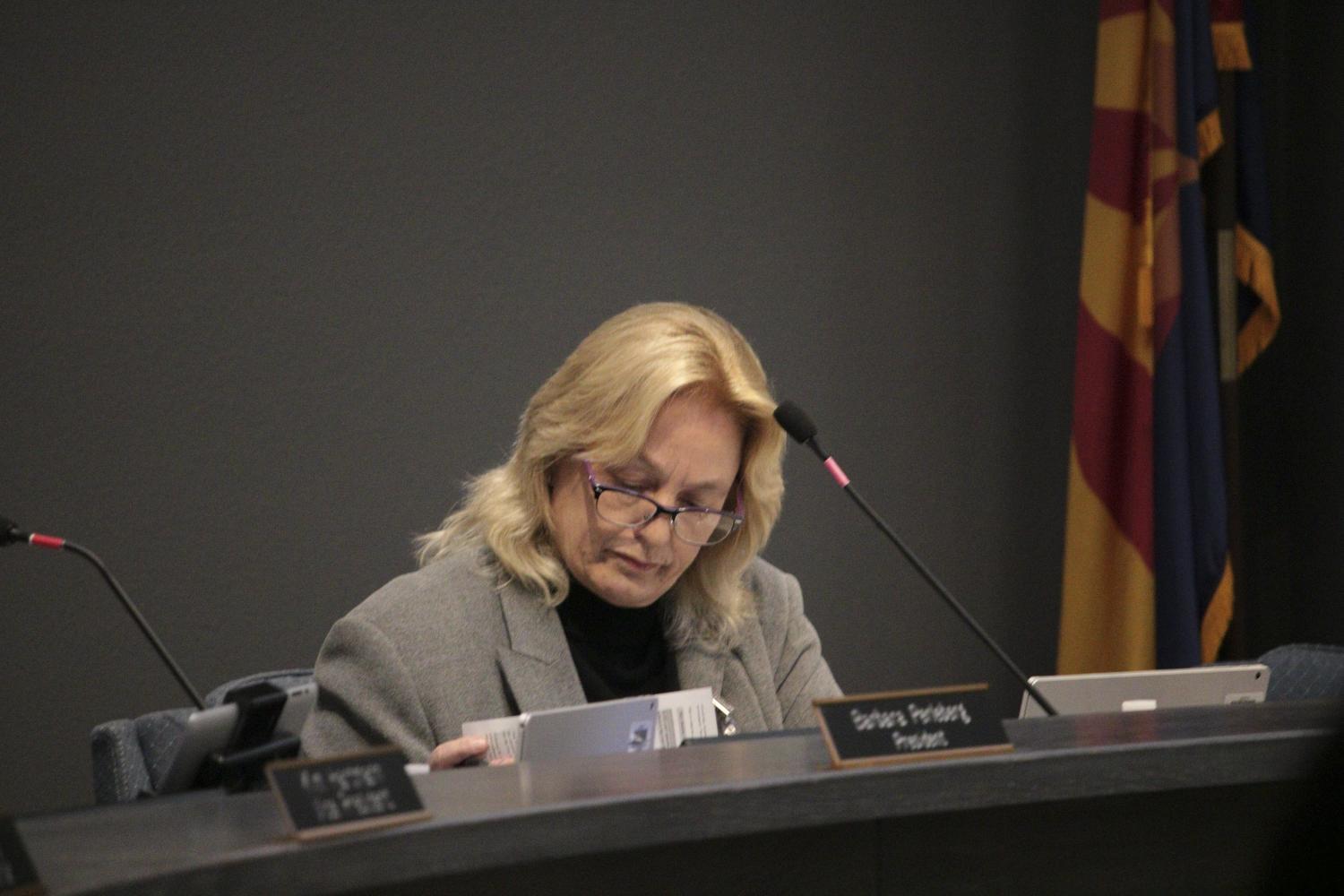 Birdwell has 15 days to request a hearing, according to her contract. If she does, the hearing must be scheduled between 15 and 30 days later.

The superintendent makes an annual base salary of $204,000, and she was also eligible for additional performance-based pay.

The board will also send notices of intent to dismiss Birdwell and Hartwell.

The governing board met privately with its attorneys for more than two hours before making the decisions publicly.

The process to dismiss Chief Operations Officer Louis Hartwell is almost identical to that of the superintendents. However, Hartwell has 10 days to request a hearing.

The district alleges Hartwell violated 11 district and state policies, many of them financial mistakes related to how the district paid for construction projects.

In addition, Hartwell misrepresented his education online. Multiple websites claim Harwell earned an MBA from Rutgers University even while he has not attained a bachelor’s degree.

The district claims Hartwell failed to protect the district from legal action by poorly overseeing construction company selection at Cheyenne and Hohokam schools.

Those two schools were at the center of a legal complaint the Arizona Attorney General's Office filed against the district.

Hartwell planned to resign in June and is on paid administrative leave.

The district hired Birdwell in January 2016 as acting superintendent after the resignation of Superintendent David Peterson.

The governing board offered her the permanent position in December 2016.

One of Birdwell’s first priorities was transforming Coronado High School. The district reported that only a dozen Coronado students took an AP exam and 57 applied to Arizona’s public universities.

The initiative includes professional development for teachers and collaboration with Arizona State University’s teaching college. More controversially, all educators at the school had to reapply for their job. 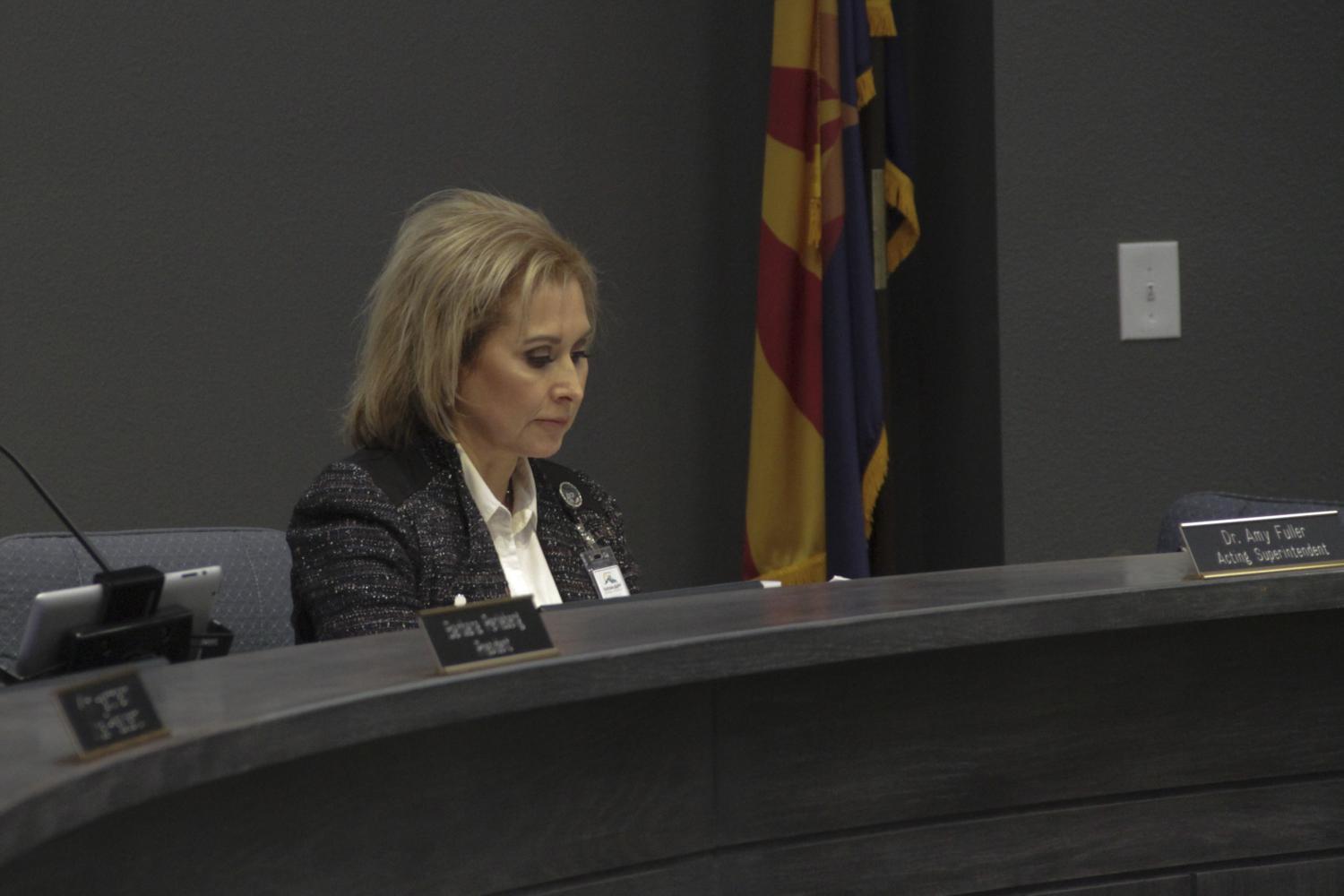 Community members chafed at other district initiatives. For example, $229 million in voter-approved projects included the demolition of Hopi Elementary.

Some members of the community felt the district had moved too quickly.

“I wanted to see a feasibility study,” resident Daniel Drake told KJZZ last year. “I started asking for it in September and got the runaround. Finally, I was told there are no such records. There is no feasibility study.”

The Arizona Attorney General’s Office opened an investigation into the district, and the district’s problems compounded.

Outside counsel Susan Segal found Smith never fully disclosed her stake in a consulting firm hired by the district, including how much she owned and her sister’s involvement.

'Show Us You Care'

At least a dozen community members spoke during call to the audience after the board decided to move forward with the dismissals.

Several expressed concern about the district’s choice to name Amy Fuller acting superintendent. Fuller was previously superintendent at the Florence Unified School District before she resigned in 2017.

“To me and many, many other parents I have spoken to, this not only shows that she is not a hard worker, but the whole integrity issue flies out the window as well,” said parent Ellen Young.

“We ask that you not hire any superintendent until there is a proper public process,” said Susie Ning, another parent.

Several members of the Scottsdale Education Association made a joint statement, starting with Eric Kurland.

“Teachers have to live with the damage that trigger-happy, impulsive administrations and governing boards enact long after they have left office,” Kurland said.

The most common theme was frustration — with leadership, legal issues and communication from the district.

“Show us you care. Show us you respect us. Be transparent,” said Daniel Drake, one of the community members who originally raised concerns last year. “Engage us with our passion to help you.”

EDITOR'S NOTE: This story was updated to correct the spelling of Eric Kurland's name.