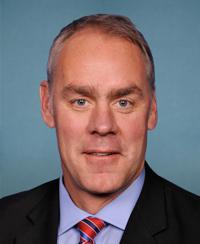 U.S. Secretary of Interior Ryan Zinke is creating a task force to combat the opioid crisis in Indian Country.

After a roundtable discussion with tribal leaders on the Salt River Reservation on Monday, Zinke said all federally employed providers would adopt best practices for pain medication prescriptions.

“Part of the high-quality health care for American Indians, indeed for all Americans, is assuring that health-care providers do not provide opioids when they are not necessary or helpful,” Zinke said.

Zinke said he was seeking input from tribal leaders as well as state attorneys general because one policy would not work for all 573 Indian tribes across the country.

“Each nation has a unique set of cultures, unique way to address the issues, but certainly drugs are an issue in Arizona,” Zinke said.

Zinke said opioid deaths are increasing among Native Americans at a rate higher than among any other group.

He said the Interior Department would help coordinate with state and local law enforcement agencies to more aggressively pursue and prosecute drug dealers.

Zinke said law enforcement seizures of heroin increased 187 percent in Indian Country in the last fiscal year and seizures of meth are up substantially as well.

Zinke called drug abuse an “American issue” across the board but said “it tends to hit some tribes and some nations worse for a lot of reasons.”

Zinke said the Interior Department can provide assistance and coordination with the tribes to go after the “worst of the worst — people that would willingly sell drugs to our kids, our community and profit from the destruction of our people.”