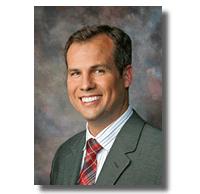 Some state lawmakers want Arizona to be on the forefront of the bitcoin phenomenon.

A bill that passed the Senate and is making its way through the House would allow Arizonans to pay their income taxes with bitcoin — that’s the worldwide cryptocurrency that now has millions of users internationally.

So what does it mean that Arizona’s revenue authorities might recognize it? For more on that, The Show's Lauren Gilger got a hold of the state senator who introduced this bill.

Sen. Warren Petersen is a Republican from Gilbert, and he said that this bill — and several others that the Legislature is considering that address cryptocurrencies — sends a message that Arizona is open for business.