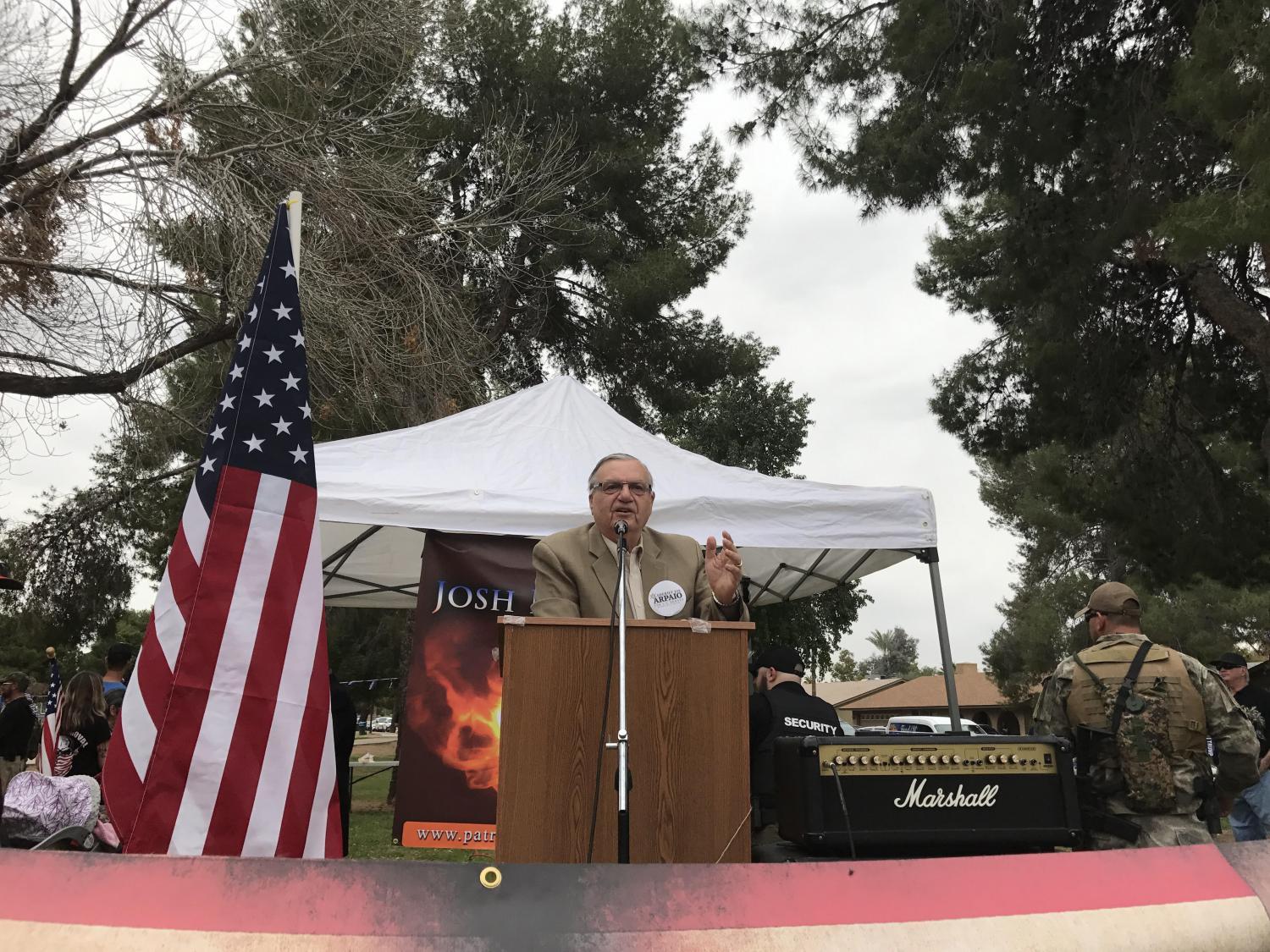 Arizona conservatives gathered at Cactus Park in north Phoenix on Saturday to show their support for President Donald Trump.

Angela McConville was at the rally sporting a Joe Arpaio sticker. She said she’s grateful for the chance to talk to others who share her beliefs. McConville added that she feels she doesn’t often get a chance to voice her opinions because they’re sometimes unpopular.

"As a kid I always said when the president gets elected, they never do what they say they’re gonna do,” McConville said. “Finally, we have someone who is actually doing what they said they were gonna do and we can see it with our eyes and our pocketbooks and everything so yeah I’m very excited.” 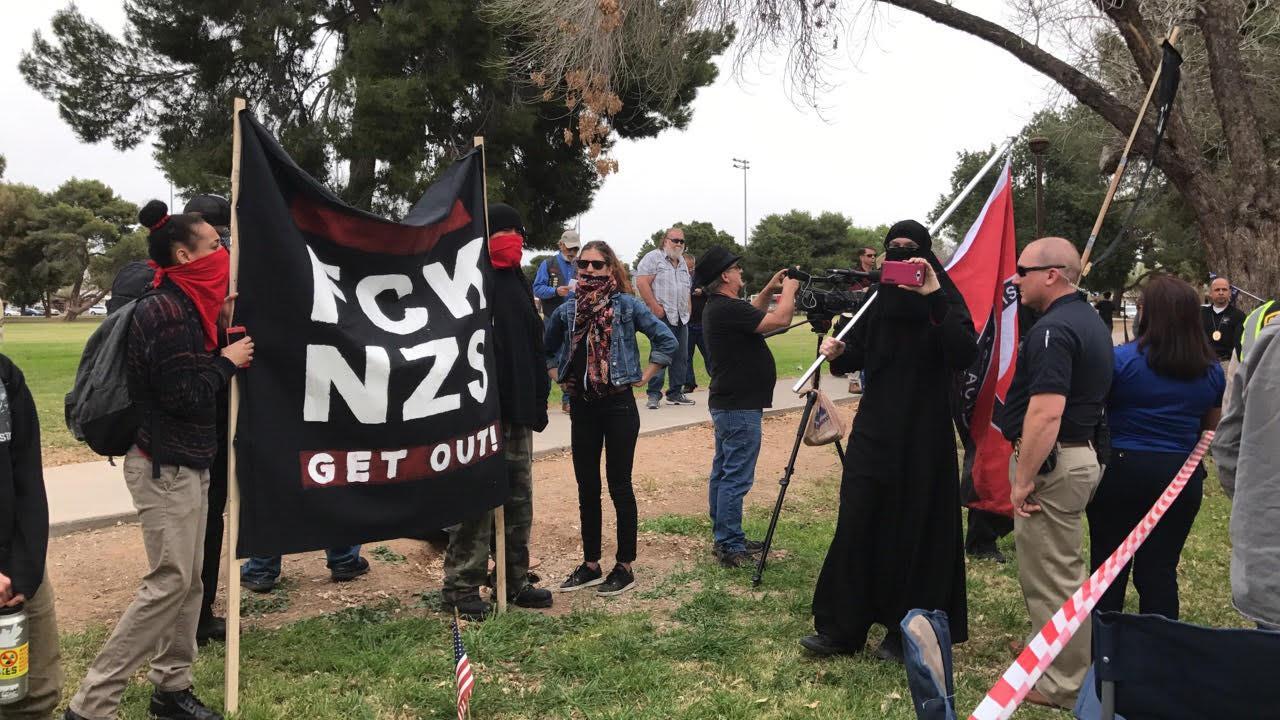 "Look at the economy, look how many jobs we have, look how immigration changes,” Yelin said. “Look at military, look at veterans, look at the health care. The mandate was a horrible thing so he removed it. I can go on and on all day about how many good things he has accomplished and I’m very proud of him, and I’m a very proud Latina for Trump.”

An opposition group also showed up to protest what they said was fascism. Brett Wilkins stood alongside those protestors. He was visiting Arizona from San Francisco. “The nativist and xenophobic sentiment and anti-immigrant sentiment in a country of immigrants, it defies logic,” he said.

“They’re lionizing Joe Arpaio, a convicted discriminator, the fact that they’re embracing these people, but yet they talk about love and compassion — I’m not buying it for a second," said Wilkins.

Wilkins said there’s a lot of hypocrisy among some conservatives.

“They say they have sympathy for undocumented immigrants,” Wilkins said. “Then why are some of these same people in these are uniforms here, the ones that are going to the border and destroying bottles of water that people leave out in the desert? Their policies and actions are responsible for the deaths of undocumented immigrants.”

Yelin, on the other hand, said she thought the protesters were disrespectful.

“They are Americans, really? They’re fighting for America? They’re the ones that are fascists because they are prohibiting everybody from thinking,” Yelin said. “They are not critical thinkers. They are unfair and they are uneducated and ignorant and people shouldn’t follow them.”

EDITOR'S NOTE: This video was streamed via Facebook Live during the rally. It may contain language not suitable for some viewers.