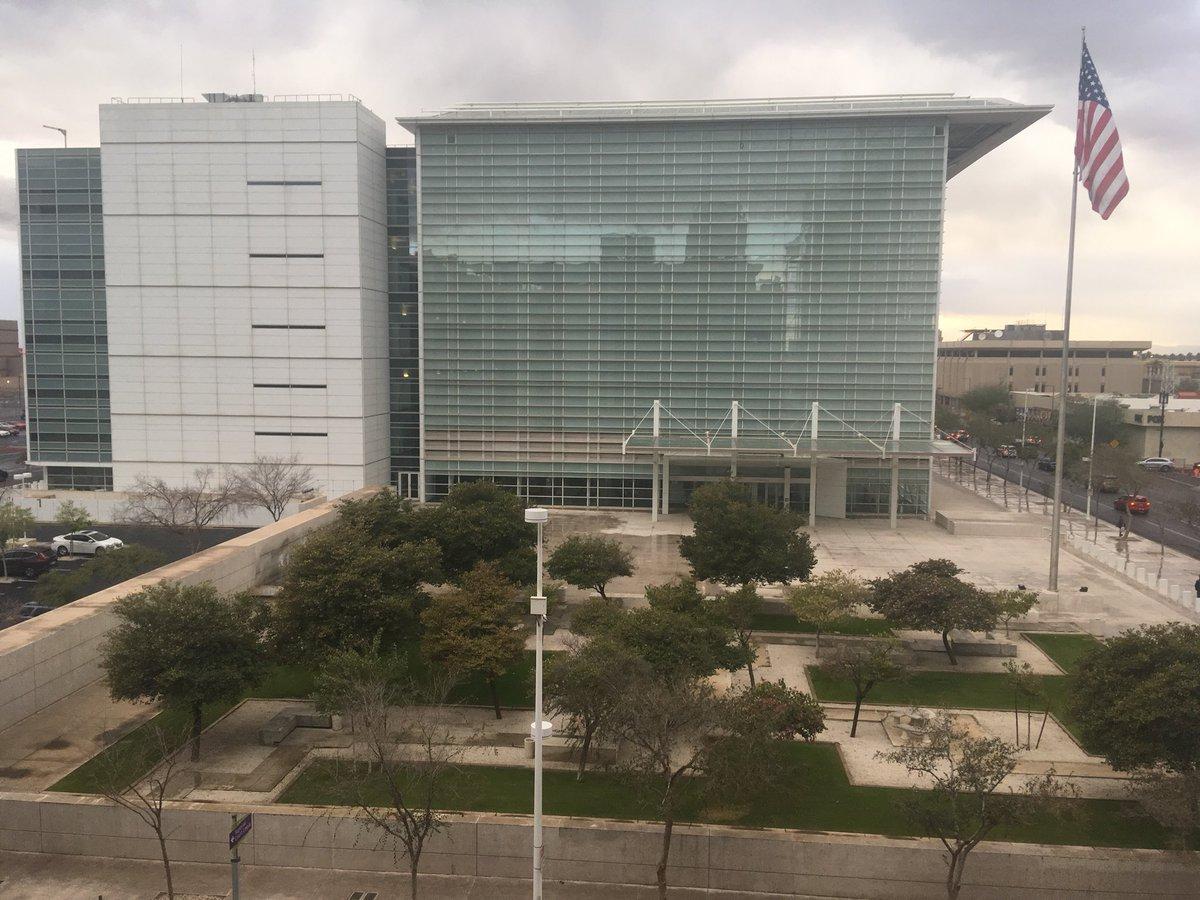 A second day of testimony on health care conditions in Arizona prisons began with an important question. U.S. Magistrate Judge David Duncan wanted to know how former prison doctor Jan Watson interpreted a statement made by an Arizona Department of Corrections employee: “Let me tell you how to beat the monitor.”

Watson testified Tuesday that a woman in charge of monitoring court-ordered performance measures told her and other doctors how to “cheat” the system.

“I took it as evading," Watson said. "If we said certain things a certain way – she could count that."

Duncan inquired again, to confirm Watson’s understanding of what she heard. The statement and the intention behind it are essential in Duncan’s quest to see if he can trust the current monitoring process or needs to install a new one in the Parsons versus Ryan prison health care settlement.

Again Watson testified that the statement “beat the monitor” was not meant to improve reporting conditions. “I took it in a bad way,” Watson said.

Watson was then confronted with emails she had exchanged with KJZZ when she first came forward to tell her story.

ADC attorney Dan Struck asked Watson why she had reached out to the press with her story.

“Ultimately my goal was to change the quality of care in the prison,” she said.

Additional testimony regarding the validity of the monitoring system will continue at an upcoming hearing in March.

After Watson was excused, a gaunt, elderly man shuffled carefully into court. William Upton’s shackles rattled as he raised his right hand to be sworn in. An inmate at the Florence Prison, Upton was called to testify about his experiences with health care behind bars. 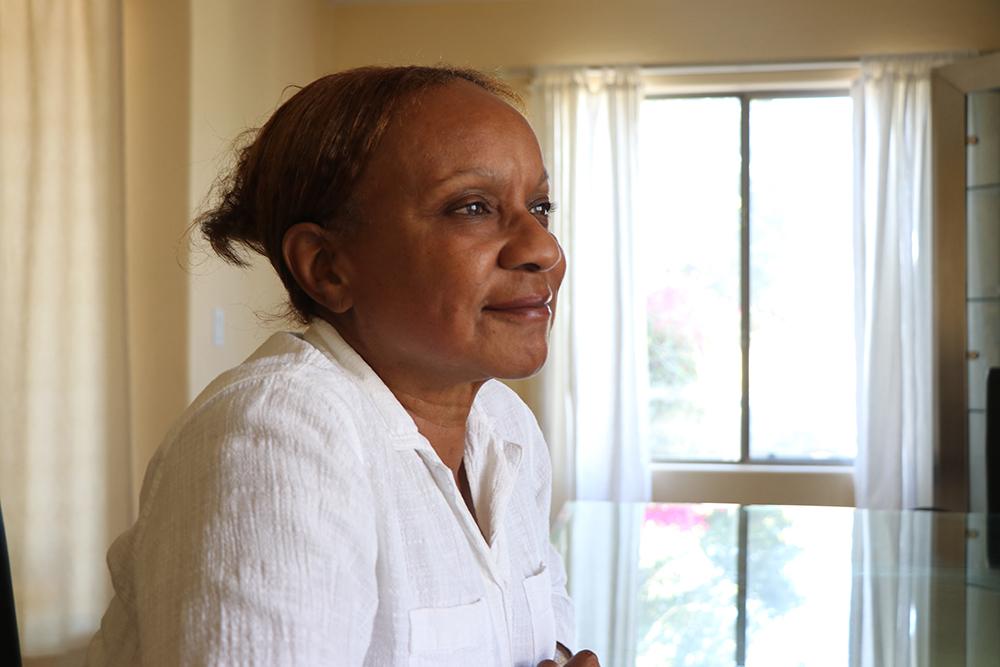 Upton’s testimony was part of a separate hearing focusing on the state’s failure to comply with performance measures in the Parsons v. Ryan settlement.

Kirstin Eidenbach, an attorney for the inmates, asked Upton how he was feeling.

“I’m doing a little better,” he said, smiling past sunken cheeks. Upton had just completed a round of chemotherapy to treat a lymphoma diagnosis.

But he told the judge he has been been struggling to receive consistent treatment from Corizon Health and the Department of Corrections.

Upton said after his diagnosis in 2015 he was given treatment, but then went without for more than a year. He said after an initial recovery, his health plummeted.

“I became progressively more sickly and extremely weak,” Upton said. “So weak I could barely walk to the chow hall.”

More: One The Inside: The Chaos Of Arizona Prison Health Care

When he was finally able to get back in front of an oncologist, Upton said the doctor was visibly alarmed at his deteriorated condition and ordered an immediate biopsy. Even then, Upton said his chemotherapy did not resume right away.

Ken Graham befriended Upton while he was incarcerated at the Florence prison. He and his wife Joanne came to the courthouse to show support for Upton.

Joanne Graham said she feels the public is responsible for the well-being of people behind bars.

“When we decide to commit a person to prison we become guardians of them,” she said. “And that brings with it the responsibility of adequately caring for their health needs.”

One of his many duties, Robertson testified, is to perform reviews of inmate deaths in Arizona prisons. He said the reviews are not punitive but are meant to serve as learning tools.

“We point out the warts and put it in writing,” Robertson said.

But all of the cases had one thing in common: the deaths were either directly caused or exacerbated by medical care in Arizona state prisons.

In his review of the cases, Robertson testified he had listed contributing factors to the causes of death such as “failure to recognize symptoms or signs.” Other commonly cited reasons included a “delay in access to care” and “failure to follow clinical guidelines.”

In one deceased man’s file he wrote “Diagnosis not timely or accurate – treatment not timely and inappropriate.”

On several reviews, under the question "Is it likely the death was impacted in a negative way or caused by a health care practitioner?" Robertson testified he had checked "Yes."

Kendrick asked Robertson if, after going through the cases, he noticed any trends.

“Communication,” Robertson said. While they had improved in recent months, Robertson said nurses and doctors employed by Corizon Health were guilty of “very poor documentation.”

Robertson testified that the problems “covered almost all processes” within the prison health care system.

“Corrections isn’t Mayo,” Robertson said, comparing prison health care to the standard of care at institutions like the Mayo Clinic.

“We have to work with people that are directly out of school,” he said. “Sometimes they’re shown the door if they are extremely incompetent.”

Robertson testified of his frustration with an increasing number of denials for specialty consultations. Like Dr. Watson, Robertson testified that around August of 2017, Corizon Health began aggressively denying doctors’ requests for outside specialist health care.

“Consults were languishing,” he said. “These patients aren’t being seen and I felt, personally, that Utilization Management was being arbitrary.”

The Utilization Management team is composed of Corizon employees that decide, based on information submitted by a care coordinator, if an inmate should be approved for specialty health care consults.

Robertson said when those teams moved from the prisons to a central location at Corizon’s headquarters in Tennessee, the denials increased.

Robertson said the change has left inmates without an advocate during critical decisions.

Robertson told the judge he holds a conference call with Corizon and the Utilization Management team every week to discuss patients struggling with access to care.

Telemedicine Pushed Into The Corner

Robertson told judge Duncan he was a big supportive of telemedicine, but it had gone by the wayside when Arizona privatized prison health care.

“In order for this paradigm to be implemented, you must have an active program of utilization with a champion within the system.” Robertson said neither seems to currently exist at Corizon Health.

“It withered, interest was lost, machines were shut off and put in a corner and it didn’t advance. From what I understand this is where we are with telemedicine in Arizona,” Robertson said.

When Duncan asked why a “good idea gets pushed to the corner,” Robertson said he didn’t know.

Attorneys for the state have told Duncan for months that Corizon was working on a plan to increase the use of telemedicine, but Robertson testified that it's simply not happening.

Kendrick asked Robertson if ADC or Corizon was standing in the way of telemedicine.

“I know that it’s possible to do that through examples brought to my attention,” he said.

When asked why this process, sometimes called “post-dating” could be a problem, Roberston said “Sometimes it’s CYA.”

He explained that health care providers could make it look like they hadseen a patient when they had not, or change dates to make it appear consultations had occurred earlier than they actually had.

Not Meeting The Mark

Robertson testified repeatedly that there were many good health care providers working for Corizon, as well as dogged monitors on his staff looking out for the well being of inmates in Arizona prisons.

Judge Duncan said he was heartened to hear that some things were working.

“But I have also heard of a lot of things that haven’t worked - and haven’t worked for a  long time,” Duncan said. “I'm here only because every month, for years, I’ve been getting reports that we haven’t met the mark. My continued engagement in this is part of the job that the parties asked me to do in this case and so I have to ask hard questions.”

More questions on compliance that could lead to potential fines will be asked at the continuation of the hearing at the end of March.