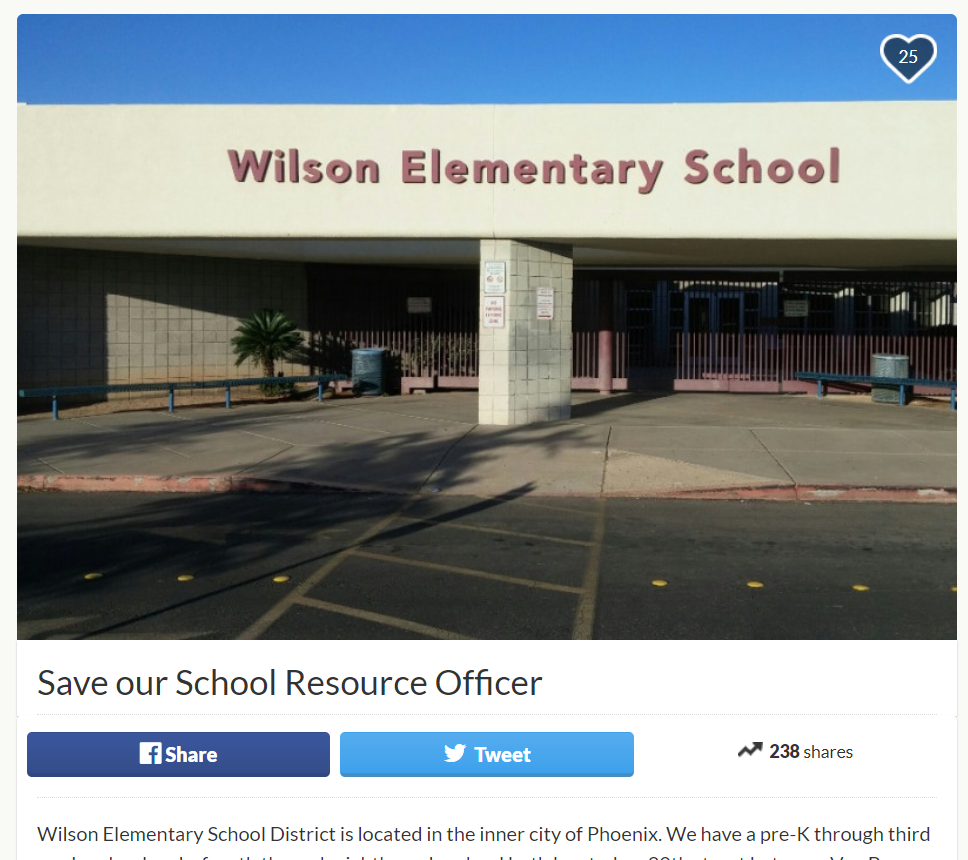 (Image via www.gofundme.com)
Wilson Elementary School District started a GoFundMe account to help raise the $125,000 needed to pay for salary and benefits over two years.

A small public elementary school district in Phoenix is asking the community for help to keep its school security officer funded.

The Wilson Elementary School District in the middle of Phoenix has just two schools, and one officer to handle both campuses.

The federal grant money to fund that school officer has run out, and another grant that could have helped keep the officer on staff was denied.

Cincy Campton is the principal at Wilson Elementary School. She says it’s frustrating the state didn’t help fund what she feels is a necessary part of the school’s faculty.

“Without him, we just feel like we’re going to be a little lost, a little less safe.”

So, Campton started a GoFundMe account to help raise the $125,000 needed to pay for salary and benefits over two years.

“We started brainstorming what were ways we can try and keep him, because schools don’t have the money to bring on another employee," said Campton.

Campton does not know why they weren’t given the school safety state grant. Other districts like Chandler, Mesa and Paradise Valley School Districts did receive the grant.