It just takes a quick scroll through Facebook to know what your friends were up to Wednesday – also known as Valentine’s Day. You’ve probably already been inundated with photos of intimate dinners and romantic hikes, and maybe even a new engagement ring. What you likely didn’t see was a giddy post about garbage. Unless, of course, you’re friends with KJZZ’s Stina Sieg. 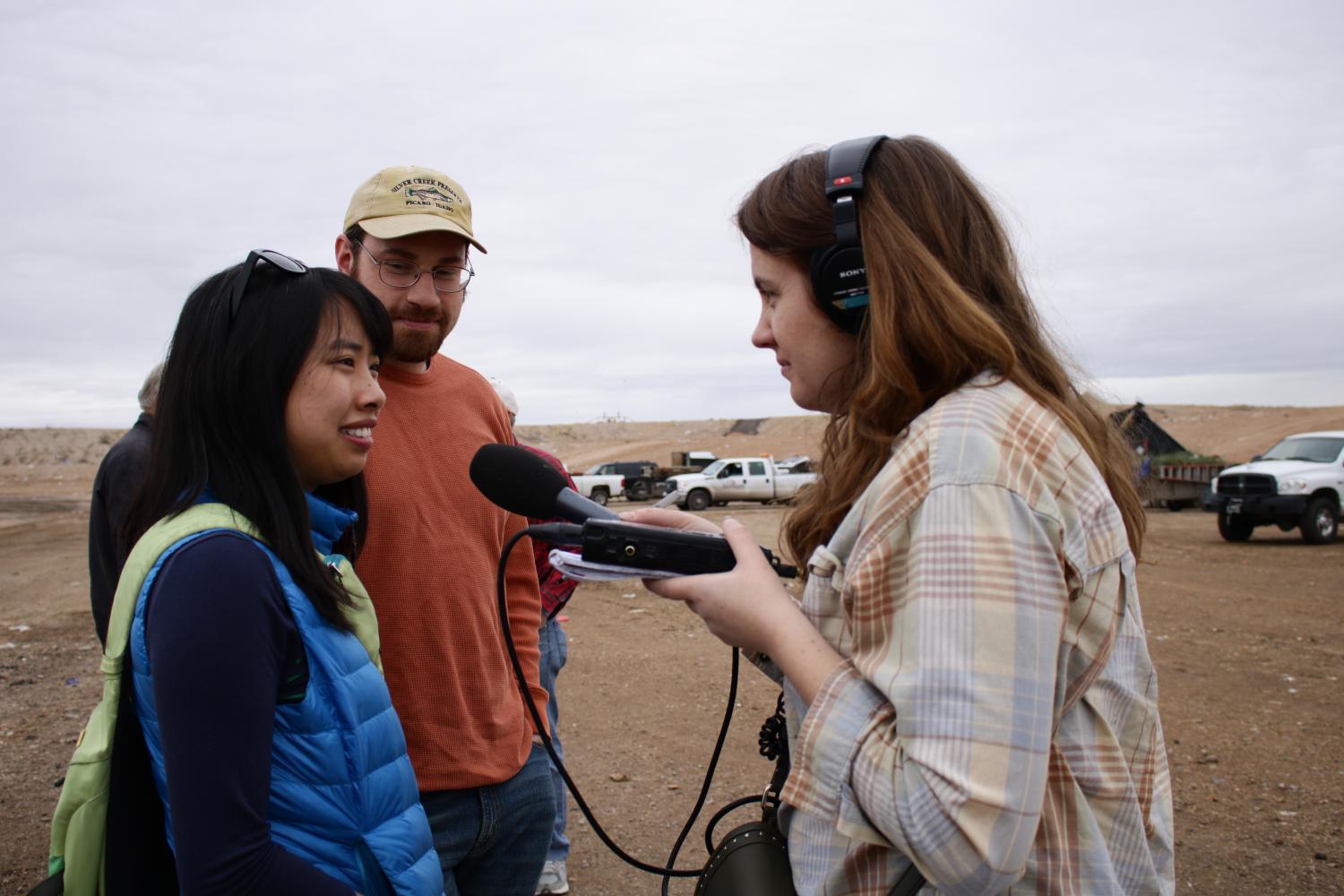 I would like to say that touring the landfill in Tucson on this day dedicated to love was a quirky new idea of mine. Nope. It’s a full-on Valentine’s Day tradition down here, put on by the city.

And it actually begins at its recycling plant.

In a video, an earnest guy in a hardhat elaborated on the inner workings of the materials recovery facility – known as MRF.

“Paper. We all love it. We all need it. But how do we sort it?” he said into the camera. “Let’s head down to the paper sorter and find out.”

Twenty people were in the audience. And they seemed into it – with only two checking their phones. Judith Weiser looked entranced.

“I’m here because I retired a couple of years ago,” she said, “and I just morphed into a militant recycler.”

Weiser had grey, corkscrew pigtails and a lot of stories about recyclables. Last night, while walking her dog, she said she saw someone’s garbage bin overflowing with cardboard and aluminum cans.

She carried home all she could in her arms.

“I can’t bear the thought of that going to the landfill. I mean, we’re filling up our Earth!” she said. “We’re filling up the world with our stuff, you know!”

Most people getting on the chartered bus probably did, and if not, they were quickly confronted with it.

After some chocolate-chip granola bars (it was Valentine’s, after all), the coach drove into the Los Reales Landfill. Everyone looked excited. 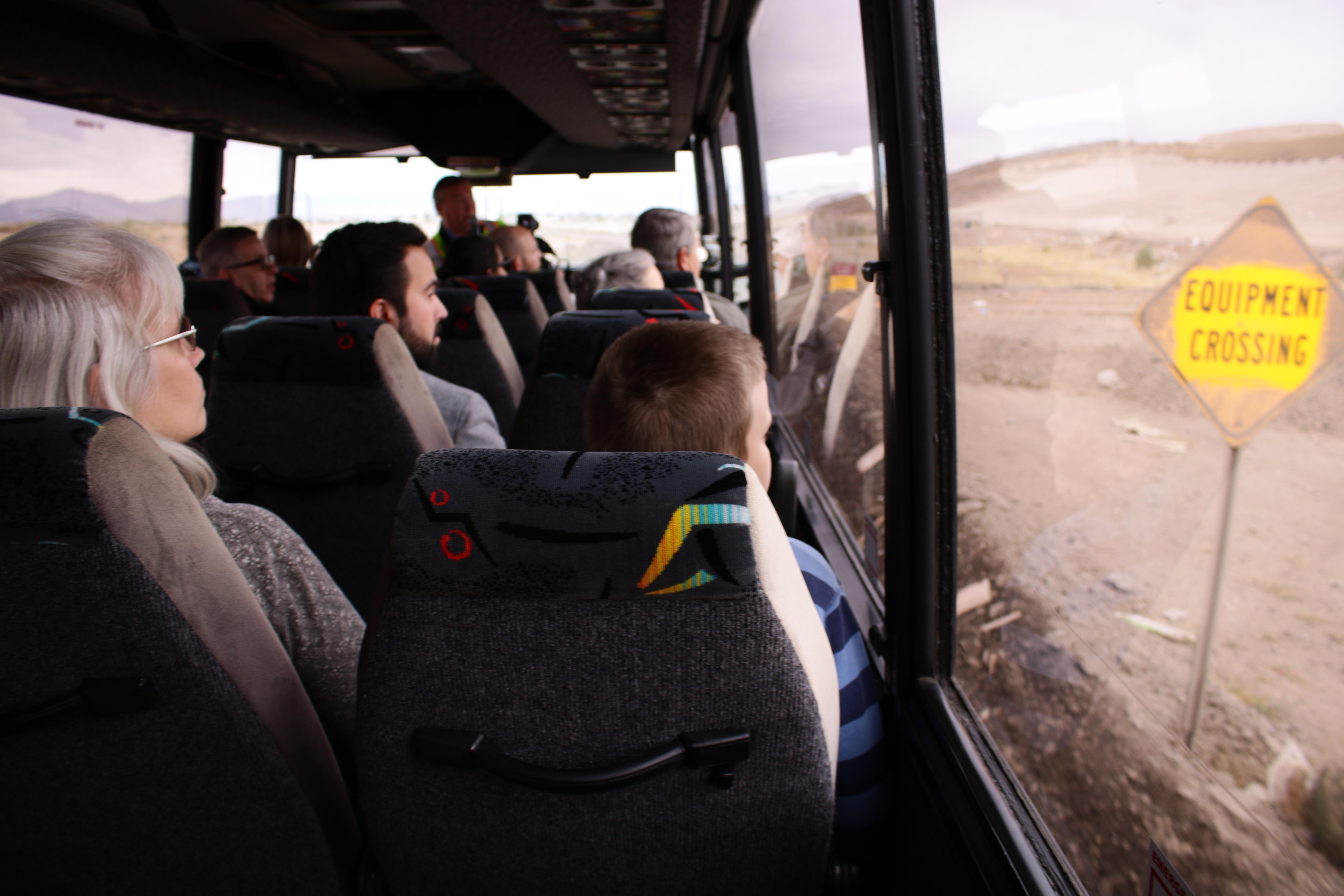 (Photo by Jackie Hai - KJZZ)
A chartered tour bus takes visitors to Tucson's Los Reales Landfill. The city plans to set aside more than half of the 1,000-acre property as open space or protected habitat, letting the Sonoran desert take over the hilly shapes of the landfill.

There was the mom with her 12-year-old, homeschooled son, and a couple who’d been married 40 years, who can’t wait to show their photos to their church.

“I had to bury a whale once, when I had a Florida landfill,” he said, smiling into a microphone. “There is an elephant buried here. I’ve heard that. That would be weird."

But weird is relative when you’re spending the most romantic day of the year surrounded by literal hills of garbage. To be fair, the mounds looked mostly like dirt, flecked with paper scraps. Only the swells of ravens gave away the secret interior. 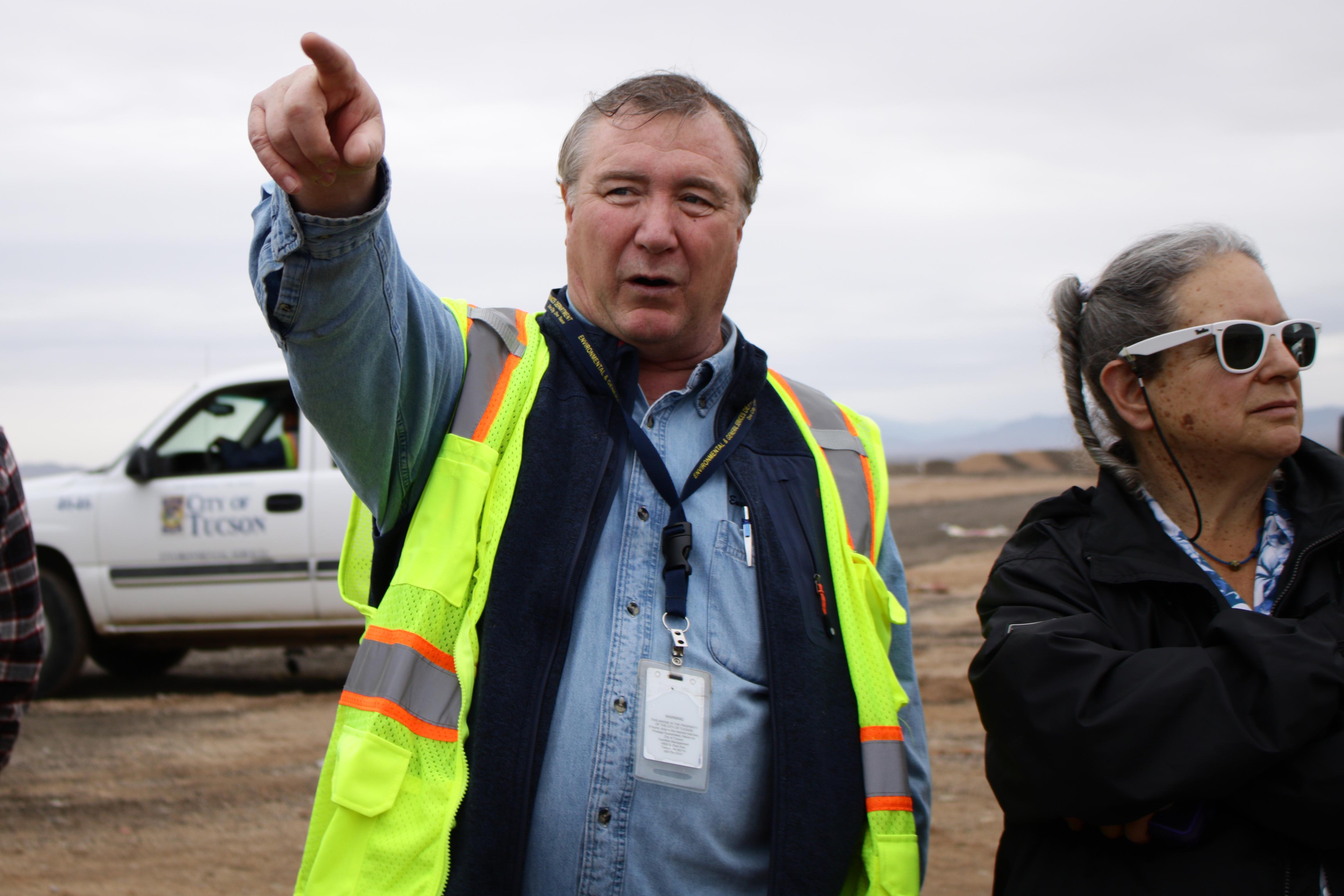 Joyce Broan was making Edgar Allen Poe jokes to her grown son, Andrew Broan, who asked her on this adventure.

The bus came to a rest on an overlook built on more than 100 feet of hard-packed refuse. To our left is wide-open desert. To our right, a bulldozer started to attack an abandoned-looking single-wide.

Nearly everyone gets out, the Broans included. They both looked in awe. Andrew Broan asked his mom whether her boyfriend would like a trip out to the landfill someday.

“I bet he would,” Andrew Broan said.

“I don’t know. I have to ask him, whether he is 'dump worthy,'" Joyce Broan said with a laugh.

But Trang Dang has no questions of dump worthiness. She was there with her fiancé.

“So, he knows how interesting I find this,” Dang said.

And while that’s about conservation for Dang, it also seems to be about a kind of joy she can’t explain. A joy that today, she gets to share.

“So, I would have gone regardless, but I think, you know, when I was like, ‘Hey, there’s a tour happening at the dump, do you want to come with me it’s on Valentine’s Day?' He was like, ‘Yes, I will go with you.' I think mainly, just to indulge me," Dang said.

Well, you know what they say. One person’s trash … is another person’s perfect Valentine’s date.