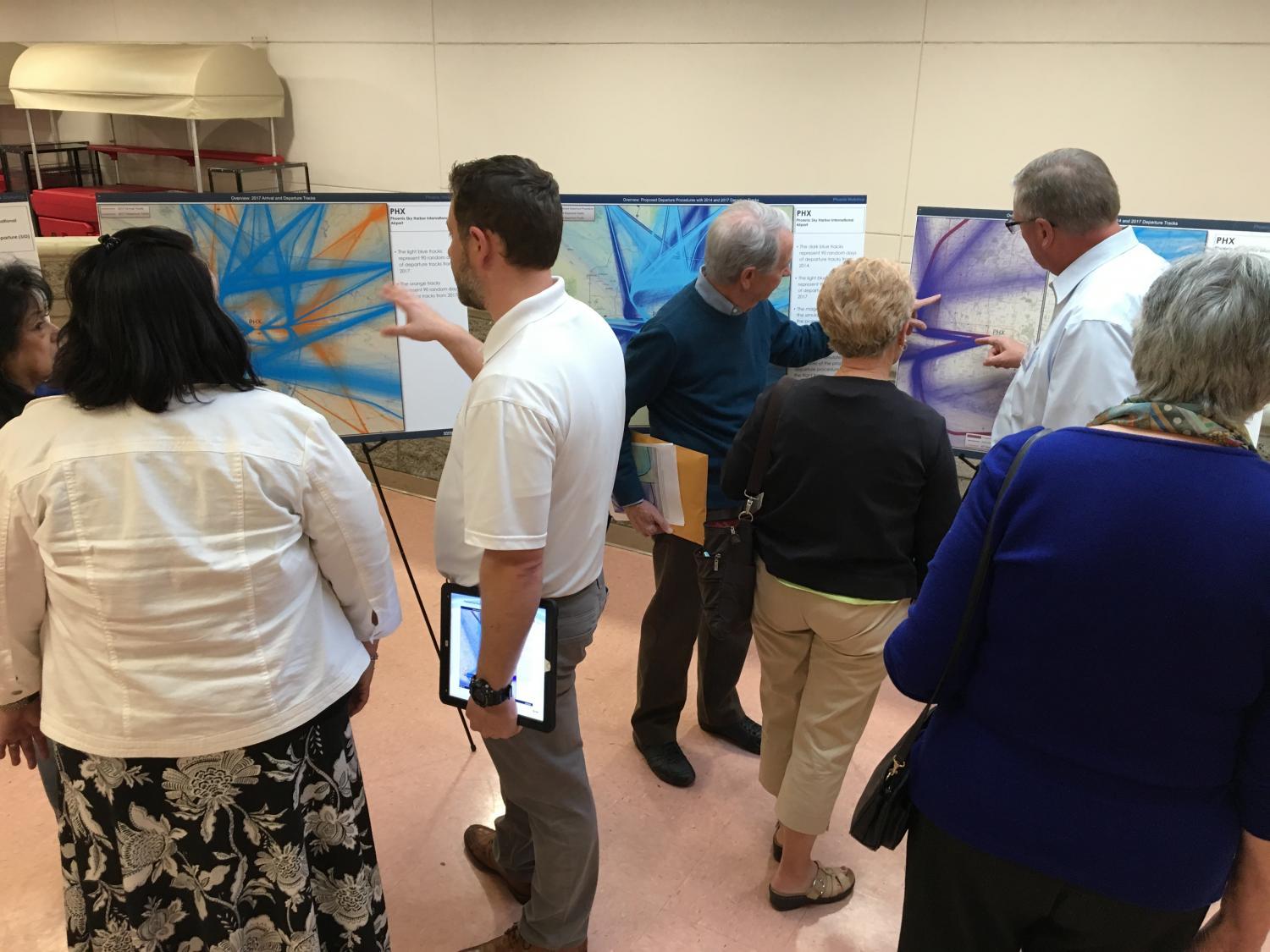 (Photo by Casey Kuhn - KJZZ)
Phoenix residents get explanations on what will happen to the FAA flight paths over the city.

The Federal Aviation Administration is holding workshops to get public feedback on the proposed changes to flight paths over Phoenix. The first one was Tuesday night and there will be one Wednesday and Thursday.

The meetings come after a federal lawsuit ruling in the cities’ and historical neighborhoods’ favor – essentially saying the FAA didn’t have enough community input before it changed the flight paths in 2014.

That was certainly the way it felt to Maria Zavala who lives near 43rd and Northern Avenues.

“The very first month they changed it, I’d go out on my patio every day and I was hearing planes," Zavala said. "I had told my son something’s going on and he said 'no' and I said ‘something is going on.’”

And now that the paths are reverting, she’s glad what felt impossible is now happening.

“I’m excited that this is happening," she said. "I know there’s steps, but I’m excited that it’s going back to the old way and they’re moving out a little further and higher.”

She was one of several dozen people who came to see how their homes would be affected.

The new flight paths, in the short term, would be the same as the ones pre-2014. And those go out farther west over Laveen in a straight line rather than a diagonal over historic Phoenix.

“We are making changes as a result of the plan that we jointly developed with the city of Phoenix and the historic neighborhood associations, and we want to make sure that as many people as possible are aware of what those changes are,” said Ian Gregor, FAA spokesman.

The next public meeting will be Wednesday evening in Laveen at Cesar Chavez High School.

Gregor said the first route changes are planned to happen in late March.

“So the comment period is open from February 1st to the 16th, and when the period closes, we’re going to analyze every substantive comment we get before we make a decision on how to proceed,” he said.

The FAA’s second course of action will be taking feedback on the altered flight paths to see if further adjustments need to be made.

The FAA's website has more maps, documents and information on how the paths will change. 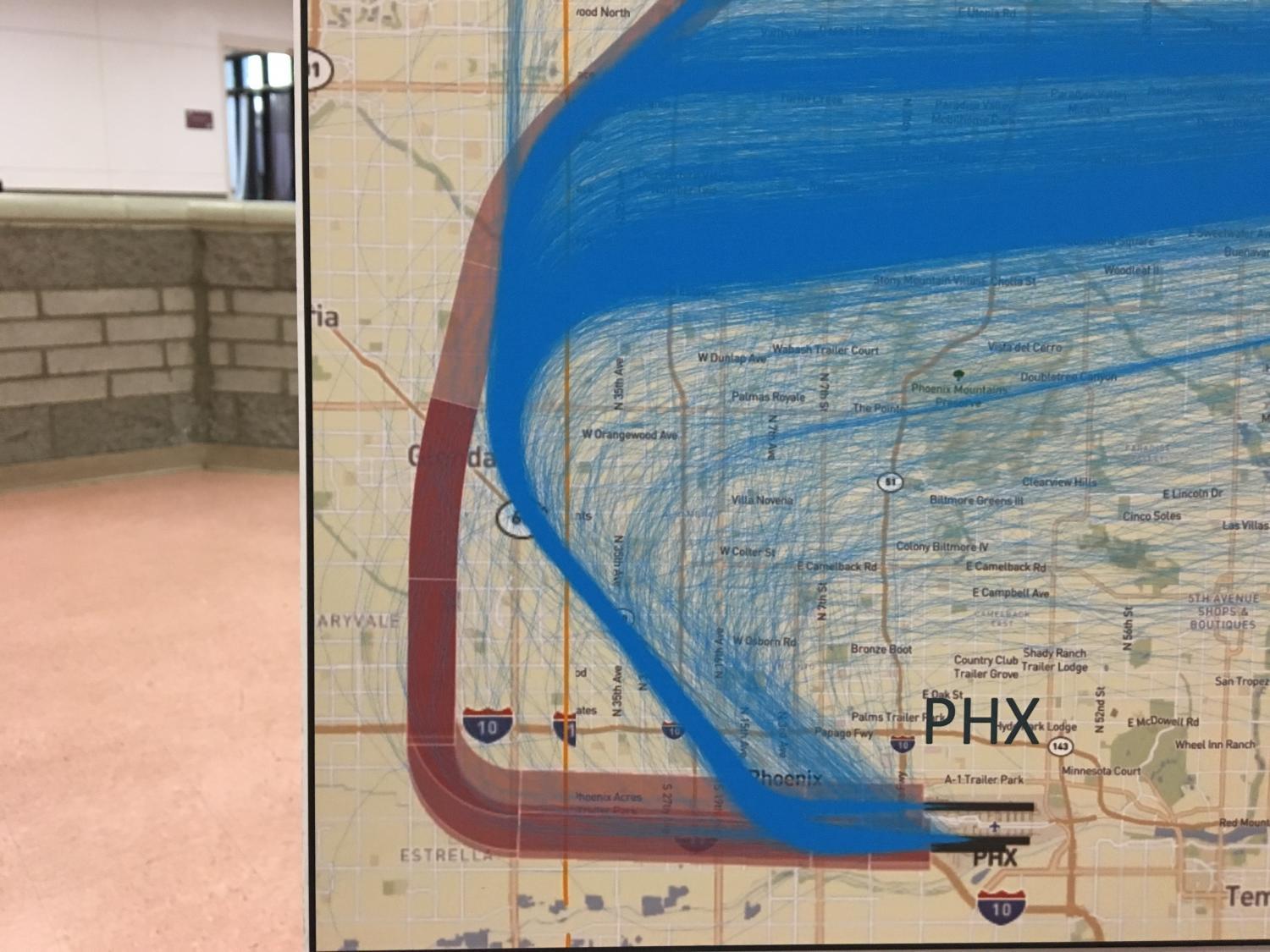