When a patient came into her practice not long ago with a broken jaw, it wasn’t a difficult diagnosis for Dr. Christina Goldstein-Charbonneau.

“Obviously I could see her jaw was big as anything,” said Charbonneau, a primary care physician in Bullhead City. 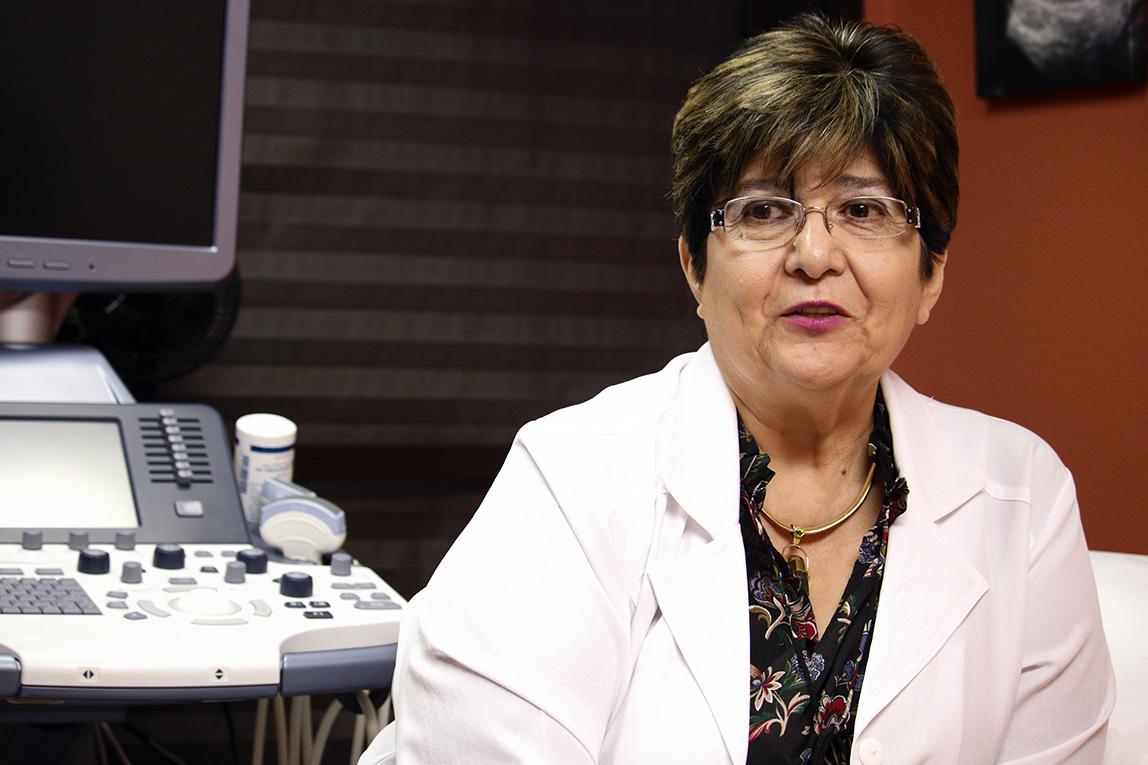 But she did something that may have seemed overly cautious in years past.

“In today’s climate, the way it is right now, I actually went over there and said ‘I’m sorry I can’t give you anything,’” she said. “‘Let’s hold off, let me go and get your X-rays.’”

The patient had actually gone to the emergency room first where they had refused to give her pain medication. Charbonneau hurried to get the medical records and only once confirmed did she prescribe an opioid.

This hypervigilance has become the norm for doctors in this remote, underserved corner of northwest Arizona — a place hard hit by opioid abuse and overdose deaths.

“It’s really made everybody gun shy here to almost any prescription that we are filling. It’s defensive medicine," Charbonneau said. "It’s almost like a little war, but I don’t give up.”

Arizona lawmakers are holding a special legislative session this week to address the state’s opioid epidemic. The proposed laws, which already have bipartisan support, touch on everything from treatment options to enforcement to prescribing of the medication.

Doctors like Charbonneau, who practice in some of the state’s most vulnerable communities, are already wrestling with the fallout of the epidemic and want assurance that new regulations won’t backfire.

She increasingly finds herself going back and forth with pharmacists about her diagnoses just so they’ll fill prescriptions. Some of her patients — many of them older retirees — don’t even want to admit they are on opioids at first.

Charbonneau practices integrative medicine and isn’t prescribing opioids for people with chronic pain. For those patients, there are few options in Mohave County.

“I would hate to be a pain doctor, to be honest with you, because we are all … funneling all of our patients to them,” she said.

This is partly a course correction. Primary care physicians accounted for nearly half of all opioids dispensed between 2007 and 2012, according to federal statistics.

Now as Arizona grapples with an opioid epidemic, prescribers are wary of giving out the medication and being flagged as an outlier.

But in Mohave County, the supply of pills hasn’t ceased at least according to some state numbers. In fact, it’s making headlines.

“When we have four doctors in one small, rural county of 200,000 people, prescribing 6 million opioid pills in just one year — 6 million — something has gone terribly, terribly wrong,” Governor Doug Ducey declared in his state of the state address earlier this month.

That data came from a review of the state’s controlled substance prescription monitoring program, a database that providers must use to track patient prescriptions.

“All bad actors will be held accountable — whether they are doctors, manufacturers or just plain drug dealers,” Ducey said in his address.

The governor’s legislative plan makes good on those promises. It would hold drug companies criminally liable for fraud, ramp up oversight of prescribing and prohibit providers from dispensing medication on-site.

Ducey’s rhetoric about getting tough on prescribers has some doctors concerned that the rush to enact policy could have unintended consequences.

Dr. Benjamin Venger is one of them. 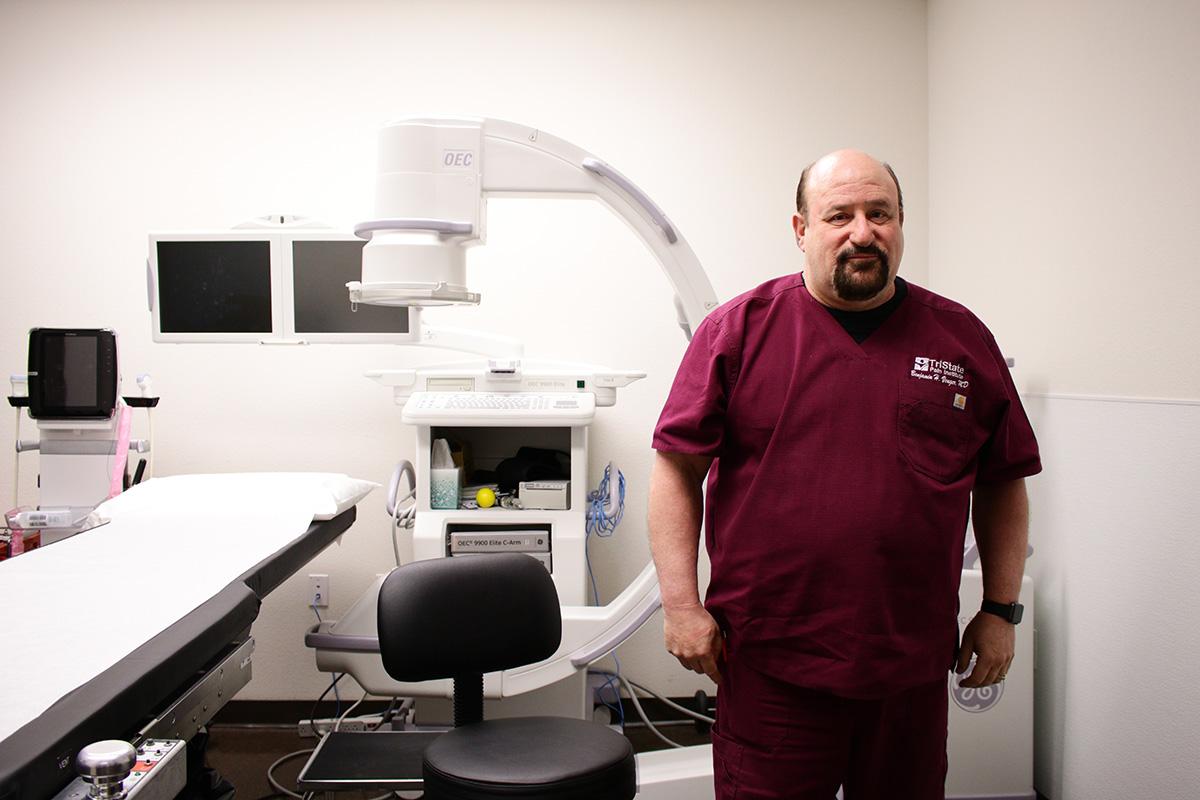 “This is a fragile situation here,” Venger said. “You don’t have a lot of redundancy. You don’t have layers of people who can step in. Nobody wants to step in especially now.”

Venger runs Tristate Pain Institute in Fort Mohave and said he has been trying to recruit pain specialists to the area for years with no success. It's estimated there are fewer than 10 in Mohave County.

“When people leave here, there’s absolutely no way they can get an appointment at another clinic without running out of medications,” he said.

While there is a drug problem in the area, Venger believes the dire numbers may be inaccurate.

“I got a warning that I was prescribing too much of a medication and when I actually figured out the numbers, I couldn’t have physically prescribed that much.”

Even if the state’s statistics are not far off, he argues they are misleading.

For example, sometimes he may give a patient twice the number of pills, but at lower doses. For others, he’ll try combinations of opioids, which then increases his prescription count.

“You have to give us the flexibility to use our clinical judgement,” he said.

The governor’s plan would not affect existing prescriptions. Pain specialists — unlike other doctors — would be exempted from new prescribing limits on first fills or doses.

But Venger worries that may shift even more high risk patients onto pain management clinics like his, which would increase the chance he will be identified as a dangerous prescriber.

“I want a commitment from our governor and our legislature not to demonize me but to help me,” Venger said. “We have a lot of regulations, we have a lot of rhetoric, but we do not have rules of engagement.”

“If this continues, you won’t have pain management here,” Venger said. “It would be too onerous, too dangerous.”

But those fears never surfaced as lawmakers in a show of unity packed a room at the capitol to announce the special session — almost as if the laws were already signed.

“We will maintain access for chronic pain sufferers and others who rely on these drugs,” Ducey reiterated as he outlined his proposal. 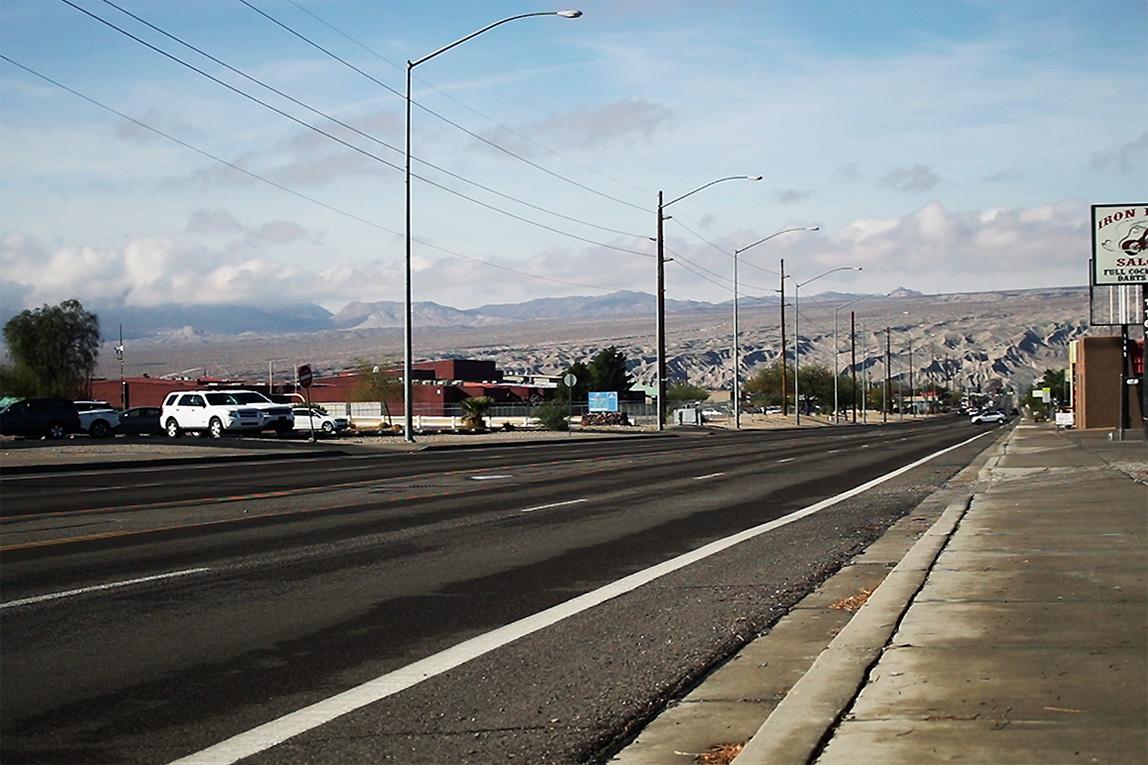 Mohave County Supervisor Hildy Angius said she was relieved to see the proposal protects chronic pain patients and doesn't force them to lower their doses.

But she said any new regulations need to take into account the situation in rural communities like her own.

“A fear of mine is the solutions that will work in Phoenix will not work here. We are losing providers at record rates,” Angius said.

“I appreciate that the governor has made this a top priority. They have pointed some fingers at our county. I think some of what has been said is wrong,” she said.

She hopes the legislature “treads lightly.”

Dr. William Morrone, the immediate past president of the American Osteopathic Academy of Addiction Medicine, said states like Arizona are playing catch up as opioid overdose deaths skyrocket.

“The prescription drug laws are all about five years too late, but the doctors were the gatekeepers. What is killing people now are heroin and fentanyl," Morrone said. “Nobody wants to look at a legislature and say they really don’t understand this and didn’t put enough money into stopping overdose deaths earlier.”

Back in Bullhead City, Dr. Goldstein-Charbonneau said she believes there need to be new rules for doctors.

“Can we do something positive about this? Doctors are speaking one language. Politicians are speaking the other,” Charbonneau said. “There’s a remedy here.”