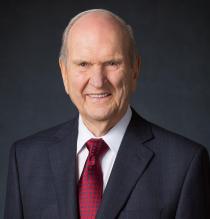 As we heard earlier this week, Mormons around the world welcomed a new president: 93-year-old Russell M. Nelson.

Nelson is the new leader of the Church of Jesus Christ of Latter-day Saints following the death of its previous president earlier this month.

Over the last few years, there have been a number issues the church has been pressured to address, including its stance on openly LGBTQ members, and whether or not women can hold “the priesthood” and positions of leadership.

Bryndis Roberts is the chair of the executive board of Ordain Women, an organization committed to advocating for women’s ordination in the LDS church.

Roberts explained what the priesthood means in the Mormon faith, and what it is that they are asking for from church leaders.

There is no indication President Nelson will make any moves toward allowing women to be ordained. But there are also smaller steps toward gender equality that Roberts said she and others are fighting for within the church, and she’s hopeful that this new president presents new opportunities.