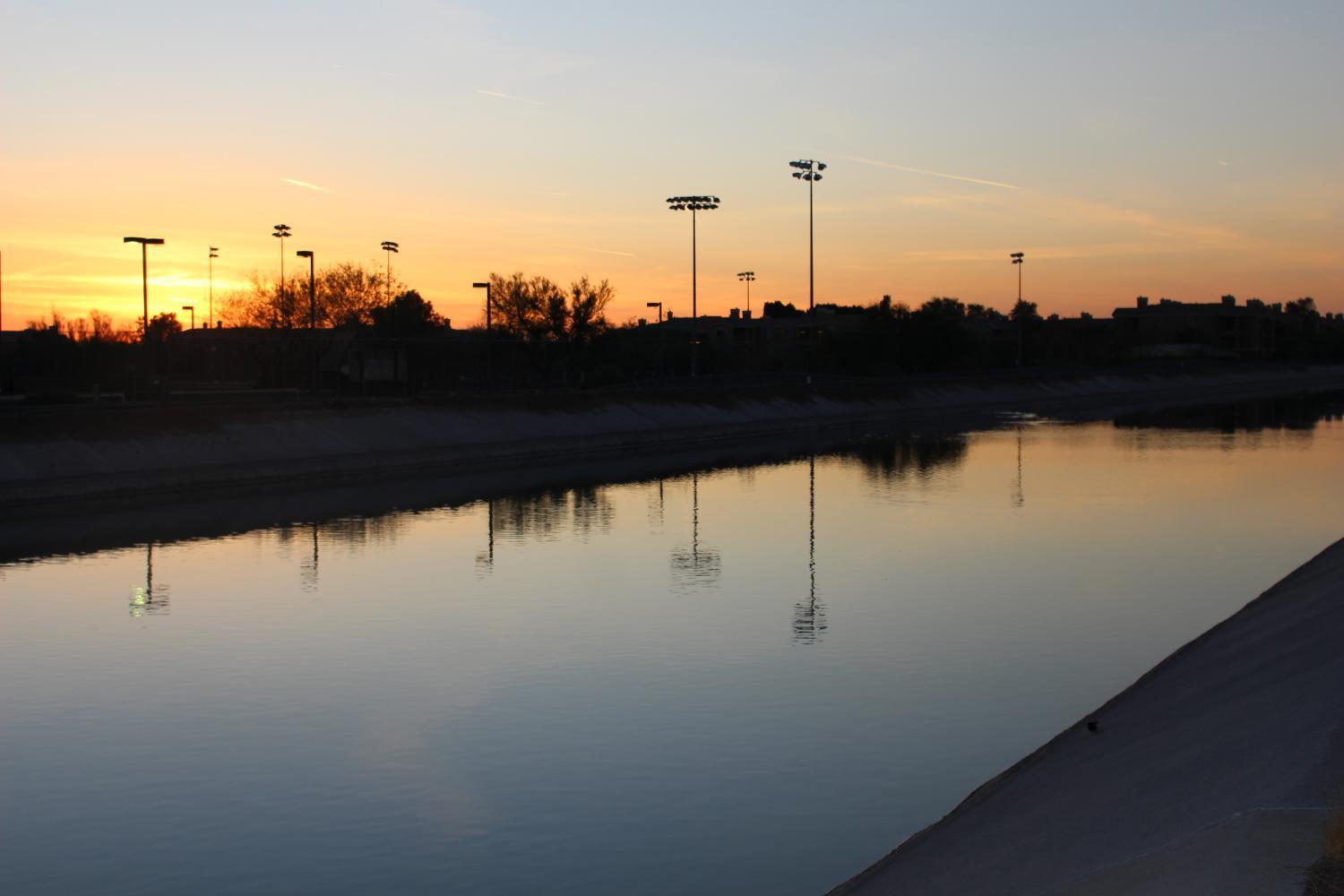 At the same time, people in the water policy world are trying to keep the Colorado River at healthy levels. The Colorado is considered a lifeline for the Southwest.

“The one thing we know about the future is that we are likely to see more shortage and more frequent shortage than we’ve experienced in previous decades," said Sarah Porter of Arizona State University.

Porter and others are waiting for Arizona to propose changes to water policy — changes meant to combat shortage.

Any plan from Ducey is likely to address what’s called “excess water.” It may sounds like “extra” water, but in a long-term drought, no water is really extra. It all matters.

Excess water, put simply, is the Colorado River water that a user decides not to use.

An example of a user is the City of Phoenix, where Cynthia Campbell works as the Water Resources Management Advisor.

“If Phoenix leaves water on the table, then it automatically goes into the excess pool,” Campbell said.

But Phoenix doesn’t get to decide what happens to it.

“It’s up to CAWCD whether it’s going to market that water or whether it will agree that it’s system conservation," she said.

That hypothetical water Phoenix is leaving on the table? CAWCD can sell it to someone else, even if Phoenix wants it to stay on Lake Mead to help avoid a declaration of shortage.

A declaration of shortage would trigger automatic cutbacks, which is bad for pretty much everyone.

As Campbell explained, if Phoenix conserves, it wants its supplier to do the same.

“What they’ve said is, ‘protect Lake Mead.’ And we’ve said, then we’d like to see a commitment in that regard." she said.

Chuck Cullom, who manages Colorado River programs for the CAWCD, said his organization has to balance many different priorities for excess water. One is the Lake Mead level, but others are replenishing groundwater in central Arizona, and supplying water to the state’s water bank.

Cullom argues — and Campbell and others agree — that the CAWCD has done a lot of water conservation, and that a change to the rules would disrupt what works.

“The contracts, the rules, the priorities within the CAP system have demonstrated that they work,” he said. “Conservation projects can generate savings in Lake Mead through the current system.”

Cullom is also concerned that if less water is delivered, it will raise prices on CAP customers. If that’s the case, then the organization’s elected board should be the entity to decide that.

But the state of Arizona is considering significant changes to the current system.

Ducey held work groups last year, where various water stakeholders discussed ideas, including a move to declare the State of Arizona the legal entity that decides what excess water stays on Lake Mead when a user wants to leave it there voluntarily.

“There was some support for that and it is one of the elements that’s being discussed as part of a potential package,” said Tom Buschatzke, director of the Arizona Department of Water Resources.

The state believes that needs to be clarified, in part, because Lake Mead levels affect the entire state.

As an example, he pointed to some Colorado River water users who don’t get their water from CAP.

Buschatzke said either a new law or some kind of negotiated policy change is a possibility. The latter option is complicated by the fact that the two sides haven’t been negotiating lately.

ASU’s Porter is optimistic an agreement can get done.

“Agreements are fairly easy to amend and change. And they give us flexibility. Legislation is harder to change,” she said.

Legislated or negotiated, Arizona’s internal debates need to get settled before the state can sign a Drought Contingency Plan with California, Nevada and the federal Bureau of Reclamation. They all share Lake Mead, and all want to avoid drastic cuts to water supplies.