HoHoKam Stadium Getting More Than A Facelift For Oakland A's 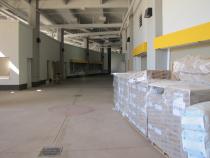 (Photo by Mark Brodie - KJZZ)
Pretty soon, you'll be able to get your beer here. 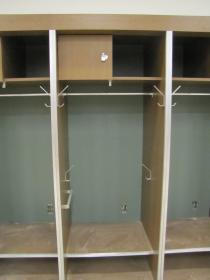 The World Series and the Arizona Fall League are both underway, but some Valley baseball fans are already looking ahead to Spring Training. And, if you’re an Oakland A’s fan, you’ve got a new spring home to look forward to.

HoHoKam Stadium, originally built in 1997, was shuttered in 2013 to begin the renovation for the Oakland Athletics in their partnership with the city of Mesa, said Jason Boyer with the architecture firm Gensler. Fitch Park, just down the street, is also under construction.

You may remember the Chicago Cubs used to train there – but they moved a few miles away to Riverview Park before this year’s Cactus League season.

“I think anytime you’re trying to recruit free agents, especially, the facilities that you have, whether it be at the minor league or spring training level or at the major league level is critical,” Crowley said. “There are a lot of things that come into play, obviously salary and other things, but not only to have nice facilities, but to be in an area that’s desirable, and certainly the Cactus League is desirable.”

There is a bit of history here – the A’s trained in Mesa from 1969-78, and won the World Series in 1972, 1973 and 1974. Mayor John Giles says he watched Reggie Jackson and Rollie Fingers, among others, play in his hometown during that time.

The team trained at Phoenix Municipal Stadium from 1982 through last year.

Crowley said the new digs will be better than the old ones.

“We have a lot of the newer amenities, and the environment, the training facilities, the kitchens and all those amenities that we did not have at our previous location will certainly help, yes,” Crowley said.

Those amenities include a new scoreboard, renovated training facilities, fields, locker rooms and offices, among other things. A’s owner Lew Wolff is excited about the changes.

“This is not a rehabilitation. As you walk through, you’ll see this is pretty much new construction, and certainly it is with the wonderful fields here,” Wolff said.

The A’s and the city signed a 20-year deal in March of last year for the team to come back to Mesa starting this spring.

The overall cost of rehab and new construction is nearly $27 million, with Mesa paying a maximum $17.5 million. Giles said it’s a good deal for the city.

“I’m excited that we can, for a lot of great financial reasons, we can defend this, absolutely, to anyone who wants to question the economic wisdom of it,” Giles said. “But to me, almost more importantly than that, is the quality of life and the spirit, the things it gives our community to do.”

The team will start moving into its new digs in a couple of months — and there’s still a bunch of work to do before that.

The A’s lost in the Wild Card game this year, but team officials say they’re confident they’ll make it farther with their new spring training home.