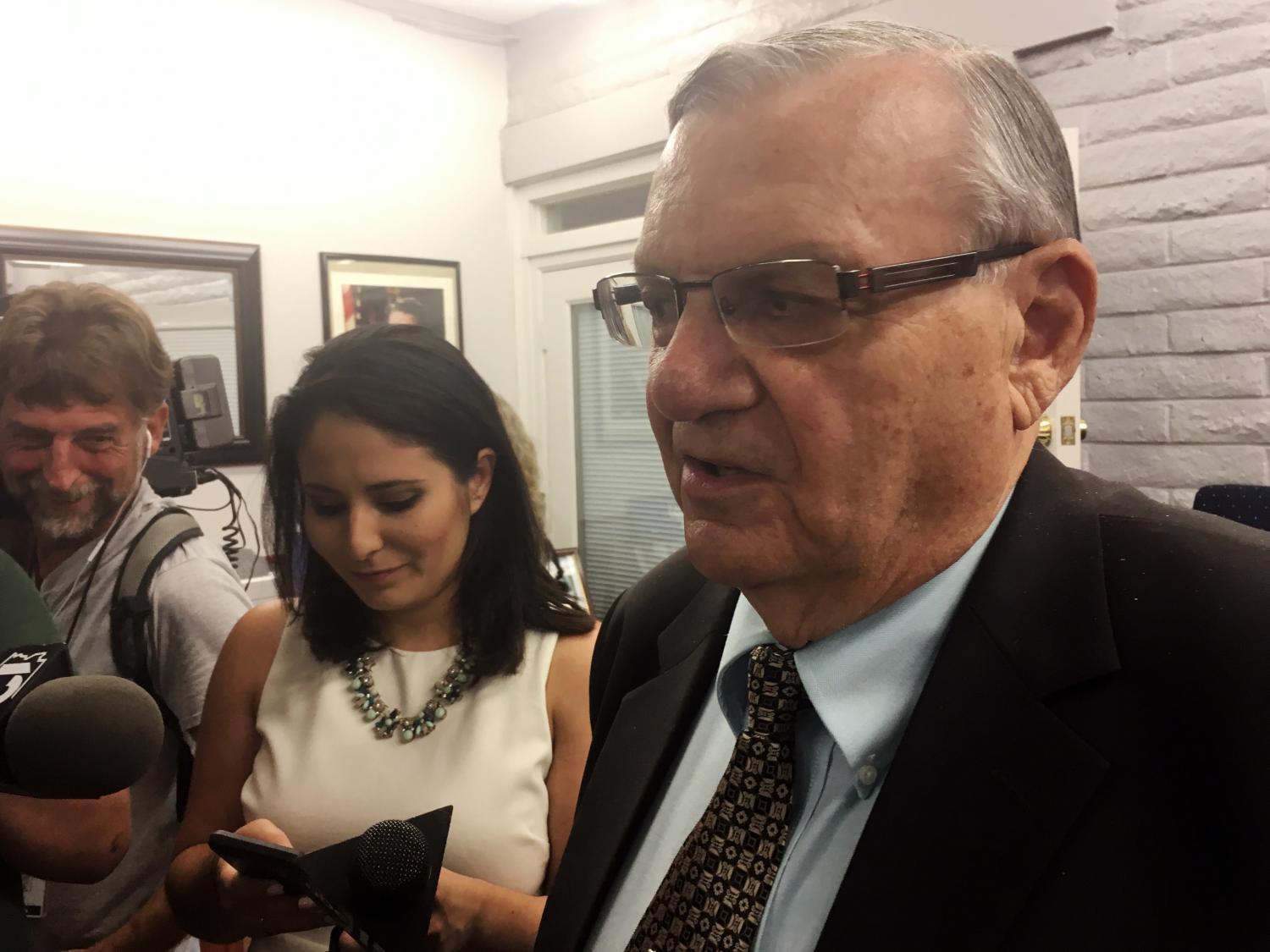 He rejects any notion that at 85, age could be a factor in this first-time Senate run.

“So people talk about my age, so what,” Arpaio said. “We have other people in the Congress who are up there in the age.”

Arpaio said he brings a new face and support for President Donald Trump to Congress, and is confident he’ll win the Republican primary.

He toyed with the idea of running, and was spurred on by criticism against President Trump.

“It picked up steam when I saw the increase in rhetoric against our president,” he said. “Especially from two U.S. senators here in Arizona.”

The announcement took most people in Arizona by surprise, including community activist and longtime Arpaio critic, Lydia Guzman.

She said the reaction to Arpaio’s run will come at the polls.

I am running for the U.S. Senate from the Great State of Arizona, for one unwavering reason: to support the agenda and policies of President Donald Trump in his mission to Make America Great Again. https://t.co/ANppBdDOtp

“Arpaio’s announcement to run for the Senate is going to definitely galvanize the Latino vote,” Guzman said. “We need something like this to help put the fire under our feet.”

Arpaio will be facing Kelli Ward, who has announced her campaign, and Rep. Martha McSally, who has hinted she will also be running for Flake's seat.

The announcement comes after President Trump pardoned Arpaio last August when he faced six months in jail for criminal contempt of court.

Chuck Coughlin, a Valley conservative strategist, said this move will most likely bring in a lot of fundraising money for Arpaio.

“He has worldwide name recognition and is capable of raising money,” Coughlin said.

Coughlin thinks the former sheriff will complete the Senate run through to the primary in late summer. And if he wins, Arpaio will face a tough shot at winning statewide, which Coughlin said requires a Maricopa County win.

“His viability as a candidate for statewide office is questioned by his electoral failure to win Maricopa County last time around,” Coughlin said.

McSally is expected to formally announce her plans to run for Senate this Friday.