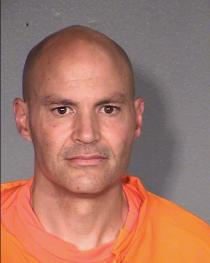 (Photo courtesy of Arizona Department of Corrections)
Jacob Wideman was convicted of the 1986 murder of Eric Kane when both Wideman and Kane were 16-years-old.

Jacob Wideman was convicted of the 1986 murder of Eric Kane when both Wideman and Kane were 16 years old.

After 30 years in prison, Wideman was placed on home detention in 2016, but recently was returned to custody of the Arizona Department of Corrections.

Arizona Board of Executive Clemency Director Ellen Kirschbaum said Wideman’s home arrest was revoked “because he failed to meet the conditions of his supervision which included not attending appointments required by his parole officer.”

However, a prison reform group is claiming such a violation does not normally result in a revocation of release.

Middle Ground Prison Reform Director Donna Leone Hamm requested records from the clemency board of revocation hearings, where offenders were found guilty of the conditions of their release but were allowed to continue in community supervision.

The records show a four month period in 2017 when more than 30 inmates were found to commit violations, including drug use, sending a pornographic text message to a minor and engaging in “assaultive activities.”

Wideman’s violation was an alleged failure to make an appointment with a mental health professional.

Hamm believes the records show an inconsistency in rulings from the Board of Executive Clemency.

“There is no reasonable person that could allege that because Wideman failed to make a doctor’s appointment with a psychologist that he was engaging in criminal behavior or conduct,” said Hamm.

Hamm said in the cases she reviewed, most offenders were allowed to continue their community supervision with amended conditions and additional treatment. Hamm thinks the records show Wideman was targeted.

“It clearly suggests that there was some political or other inappropriate intervention in the decision making in his case,” she said.

“Every decision granted by the Board of Executive Clemency is done with public safety as the top priority and is and based on the facts of the case,” Kirschbaum said.