The 83rd Anniversary Of The Winnie Ruth Judd Murders 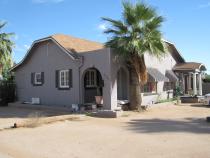 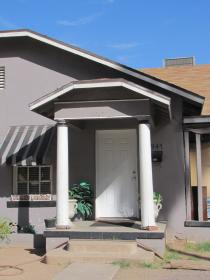 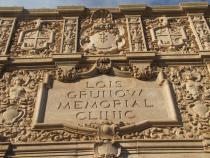 (Sarah Ventre/ KJZZ News)
The Lois Grunow Memorial Clinic off of 9th St. and McDowell, where Winnie Ruth Judd worked, and where she met the victims -- Anne LeRoi and Hedvig "Sammy" Samuelson. 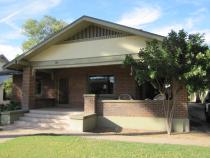 (Sarah Ventre/ KJZZ News)
The former home of Jack Halloran -- the man who was having an affair with Winnie Ruth Judd, as well as Anne LeRoi and "Sammy" Samuelson. 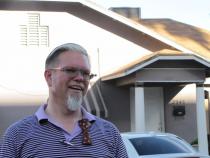 If you’ve lived in Arizona for a while, you’ve probably heard the story of Winnie Ruth Judd.

Infamously known as the trunk murderess, she’s one of the most sensationalized and talked-about figures in Arizona history and this week is the 83rd anniversary of the murders and their grizzly aftermath.

"So we’re here on the corner of 2nd Street and Catalina, just north of Thomas, in front of the Winnie Ruth Judd murder house. And we’re actually here on this particular day because Oct. 16 is the anniversary of those murders," said Marshall Shore, best known as Phoenix’s hip historian. For the last few years, he’s been giving Winnie Ruth Judd bus tours.

But let’s back up. In 1931, Winnie Ruth Judd, a married woman who went by Ruth, was having an affair with a man about town.

"And that man would be Jack Halloran, who at that point was one of those golden boys," Shore said. "Was running a lumber company in the early 30s when Phoenix was booming. So he was in that really top echelon."

Halloran was also married and having affairs with other women like Judd’s friends and sometimes roommates, Anne LeRoi and Hedvig Samuelson, better known as Sammy. Judd killed both of them, dismembered one of the bodies and stuffed them into trunks that she tried to take to California by train. She was caught when the trunks started leaking blood and this is the house where it all went down.

"It was also kind of known as a party house, where if Jack had friends in from out of town, business colleagues, he would come here, where he would then get bootleg liquor," Shore said. "They would have a little party."

Ruth met Anne and Sammy while working at the Grunow Memorial Clinic, a medical facility that still exists today, and looks a lot like it did in the 30s.

"So she did clerical work and Sammy was an X-Ray technician," Shore said. "Both positions were actually – for the era, for women – were actually, they were doing quite well."

So Ruth, Anne and Sammy were all friends and Jack was having affairs with all of them. But it turns out the motive for the murders may have been more complicated than just jealousy. Here’s an excerpt from Judd’s confession letter.

"Anne was used to the world, I truly was not. Jack was the only man I had gone with since my marriage. I could not openly compete with her, I was married and ashamed to. Day after day she lorded it over me, always smiling and fresh and sweet, well knowing she was hurting me with her taunts."

So it only made sense to head to the house of the man at the center of all of this, the old Halloran household. Judd first met Jack when she was working as a nurse and nanny at his neighbor’s.

"And that’s how she first started noticing Jack," Shore said. "I’m sure quite dashing, rolling up in his Packard, which at the time would have been a very luxe car. And so they started admiring each other."

This part of town near 5th Avenue and McDowell was more upscale than the one Judd lived in.

"This house has a reputation of basically being known as the house where love dies," Shore said. "Couples are known to buy it together as their dream house, things then sour, bitter divorce and that’s – it’s happened several times."

Despite her confession letter, some say that there’s no way Judd could have committed the murders and cut up the body on her own. Many of these folks would say that Jack was involved in some way, either in the actual murders or in the disposing of the bodies.

There’s another version of the story that the murders were in self-defense. But Judd never actually testified at her own trial.

"She was never given the opportunity to stand up and tell her own side of the story and so that’s why people felt there was more to the story that she wasn’t telling," Shore said.

In an archival interview from 1969 aired on KAET, Judd describes what happened.

"And so then I grabbed her hand like this, and kept – pushed back. And uh – we both had our hands on the gun," Judd said. "And one shot went through her little finger, one of her fingers, I don’t know which one, and into her chest."

Judd was originally sentenced to death, and just days before she was set to be hanged her sentence was overturned. She was found to be insane and sentenced to 40 years in the Arizona State Hospital.

During that period she escaped seven times, once as long as six years. Later it was found that she had been given a key to the hospital.

"A lot of people felt she had been scapegoated. And so the key, we assume was given to her by someone who felt that way, and so she pretty much could come and go as she pleased," Shore said. "The story is larger than probably we will ever know."