After Dismal Start, Should The Phoenix Suns Tank?

The Phoenix Suns haven’t won much lately, and the glory days of Steve Nash and Charles Barkley are fading memories. The team’s had a rocky start to the season, and last week they traded away one of their best players.

Maybe the Suns should throw in the towel now, and join the roster of professional sports teams known for openly “tanking.”

The theory behind tanking is that you may lose now, but that bad record will get you closer to something good: a better chance of drafting new, young superstars. 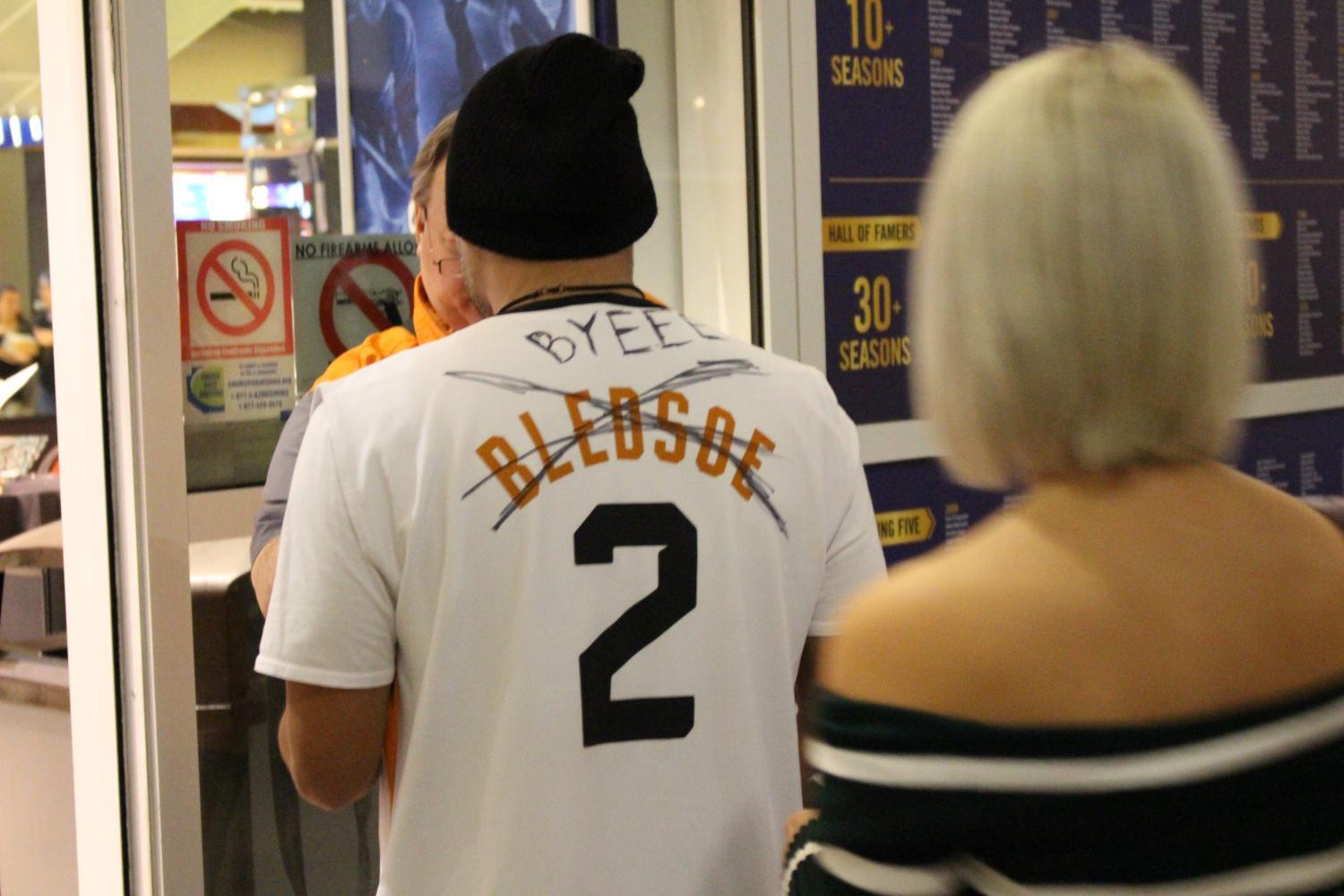 (Photo by Bret Jaspers - KJZZ)
Tony Tello of Scottsdale wore the jersey of former Phoenix Suns player Eric Bledsoe - with a couple of alterations - to a recent game.

Sports Illustrated contributor Michael Shapiro suggested over the summer that the Suns should tank. “For this year at least, I think the losses will pile up and, eventually, tanking is the move for them,” he said in an interview.

It’s widely assumed the Suns were tanking at the end of last season, resting point guard Eric Bledsoe when he said he was healthy. Bledsoe’s now gone.

And in baseball, the Houston Astros won baseball’s World Series after years of tanking.

“Basketball is just not done that way,” said David Berri, an economist at Southern Utah University.

Berri said in baseball, choosing the right players is easier. Stats show how productive a player is for each at bat. With basketball, it’s different. What a star draft pick does affects what his teammates do. Stars typically stay stars by scoring a lot of points.

“They know that they’re being paid primarily to score, and if they pass the ball around all the time, they’re not gonna score, and they won’t get paid,” Berri said. “So therefore they have an incentive to just dribble a few times and shoot. And that’s not very efficient basketball and that’s not gonna win very many games.”

That is, unless you can get that mega, mega superstar who can score and do everything else, like Cleveland’s Lebron James. Those players are rare. Drafting your way to success is a gamble.

Outside Talking Stick Resort Arena before a game, lifelong Suns fan Julius Early of Avondale said he wasn’t interested in waiting for a superstar.

“I wanna see progress. Not necessarily wins,” he said. “And hey, those superstars ain’t doing so good in Oklahoma, are they? Cleveland they ain’t doing any good, either. Who else is sorry?”

Mike McPheron of east Mesa wants to see progress too. According to him, “tanking” would ruin the fun.

“I mean, we’re paying lots of money for season tickets. We’re buying all the concessions and we’re making the drive out here for 45, 50 minutes,” he said. “We want somebody who’s just as invested in the Phoenix Suns as we are. And so as long as I see that from the upper levels of management, then that’s what would make me happy.”

Very few of the diehard fans said they’d be interested in tanking as a strategy — even if the payoff came in the form of a championship.

The question in Phoenix seems to be, is there any kind of strategy right now?

From a team owner’s perspective, losing doesn’t cut as deep as it used to, at least financially.

“It used to be, you know, 50, 60 years ago, if you weren’t successful on the court or on the field, you would lose money and you could go out of business,” Berri said.

The value of NBA teams is so high that even less-successful franchises are a good investment for their owners. 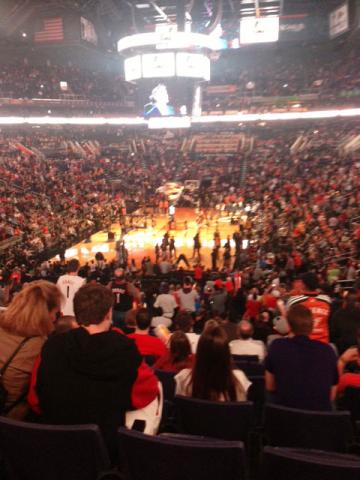 (Photo by Julie Levin - KJZZ)
A Suns game in January 2014 was packed with fans.

Suns owner Robert Sarver paid $404 million for the team in 2004. Today, Forbes estimates the Suns are worth over a billion dollars.

The on-court product is less important financially, so that particular incentive to win is gone for owners.

“And so now, you’re just counting on the owner knowing what they’re doing. And in many cases, they don’t,” Berri said.

The case of the Philadelphia 76ers is worth following. If that team’s tank job leads to a championship, that could determine what kind of legitimacy “tanking” has among basketball fans, and management, around the league.