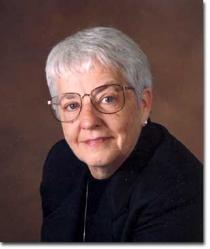 The day after Martin Luther King Jr. was assassinated in April1968, Jane Elliott returned to her third grade classroom in Riceville, Iowa. She looked at her class of white students, and decided she would not just talk to them about racial discrimination — she would show them how it feels.

Elliott was astounded as so many were at the news of the assassination of King, who she says the class had just celebrated as a hero of the month in February that year. It lead her to change her lesson plan for the day.

“So I said, OK, today, we’re going to judge people by the color of their eyes,” Elliott said.

Because all the kids in her class were white, she found a different characteristic to use for this exercise.

The kids were likely not around people of different skin colors often, even outside the classroom. The latest census from Riceville shows the population as 97 percent white, so Elliott decided this would be the way to get her students to walk a mile in someone else’s shoes.

She told the class that those with brown eyes were better, smarter, worked harder, were even cleaner; and that those with blue eyes were the opposite of all those traits. She ran her classroom under that notion for the whole day.

Elliott continues to travel to teach those same lessons on discrimination and diversity that she introduced to her students in 1968. She was in town last week to give a public lecture at Central High School in Phoenix.