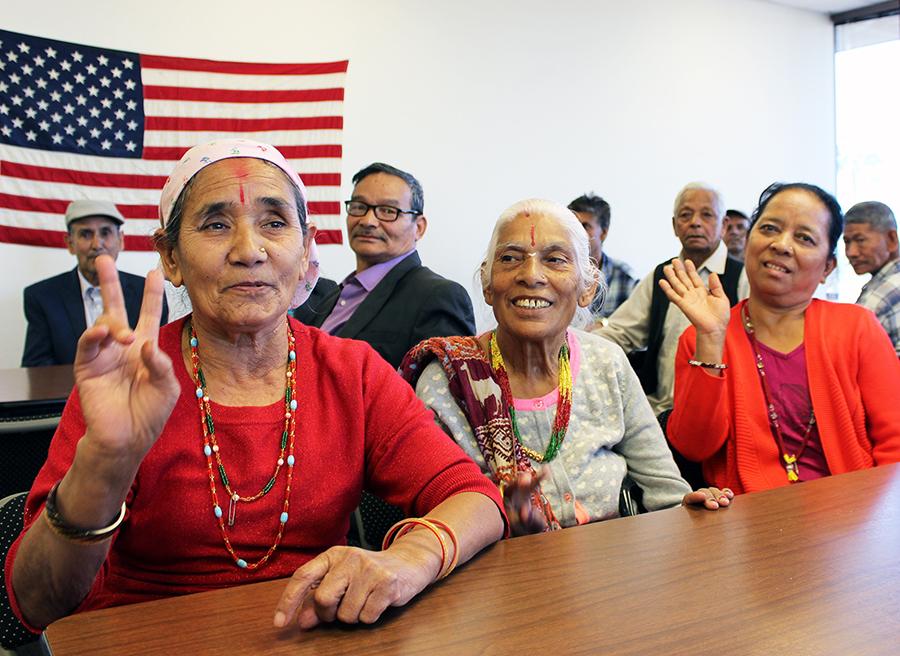 (Photo courtesy of Ronald Conner)
The Mosaic Center opened in 2002. The program currently has 512 clients and the caseload is consistently around 500 due to the extended period of time required to help each client achieve citizenship.

More than 3,000 refugees came to Arizona to start a new life in fiscal year 2015, according to the office of refugee resettlement. Some were over the age of 65, and many of those refugees came to a place called the Mosaic Center. It’s a place where elder refugees can access social services, learn English and eventually become U.S. citizens.

"This is a place that refugees who resettled here in the United States can come to have socialization moment, so it’s just like any other senior center," said Jolie Mbonyingabo, who oversees the elder refugee program at the Mosaic Center. 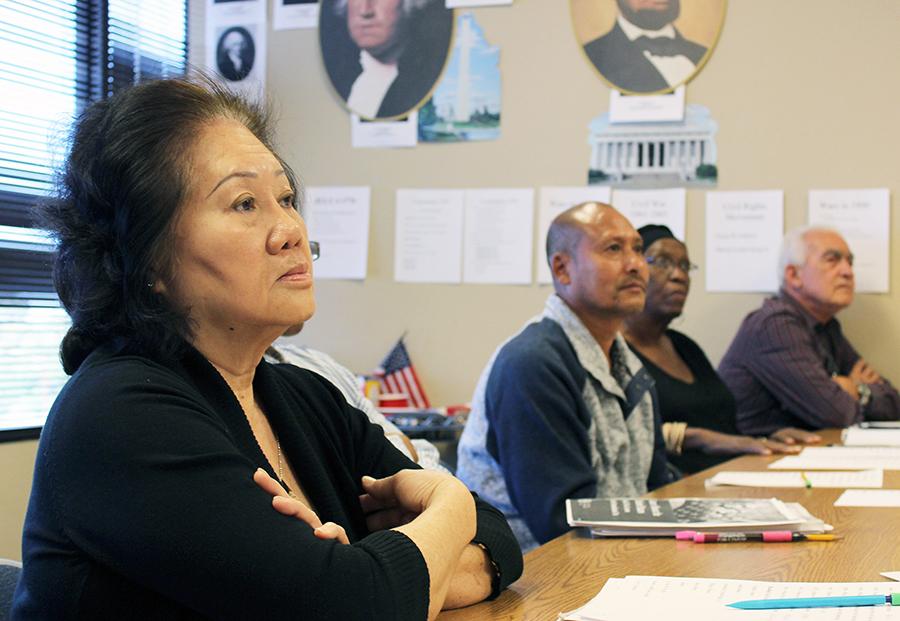 (Photo courtesy of Ronald Conner)
Refugees look on studiously as they prep for the U.S. citizenship test.

But what sets it apart, said  Mbonyingabo are the people they serve. Laughter and chatter fill one of the two rooms at the center, which is supported by the Area Agency on Aging.

The Bhutanse refugees here today are sitting at two long tables. One is filled with men sipping coffee, the other women — many of them are wearing traditional Bhutanse clothing, hats and jewelry.

For decades, these people lived in refugee camps after they were forced from their own country. Mbonyingabo said living in the camps meant poor access to services.

Major barriers, especially once they arrived here. Another barrier, said Andria Cubero, the center’s elder refugee specialist, is their state of mind.

"A lot of refugees of any age come in with mental health issues because they’ve witnessed a lot of trauma and violence. So they carry that with them," she said.

And that trauma, coupled with age-related illnesses, as well cognitive issues, such as memory loss, well, it makes both learning and assimilating difficult.

"They have been struggling for a long time. Whenever they go to the bed they have the nightmare like bad things. Some of them, their family member got killed," said Nishal Dahal.

Dahal's grandfather comes to the center. Dahal volunteers as an interpreter. Their stories are what compel him to do what he does. 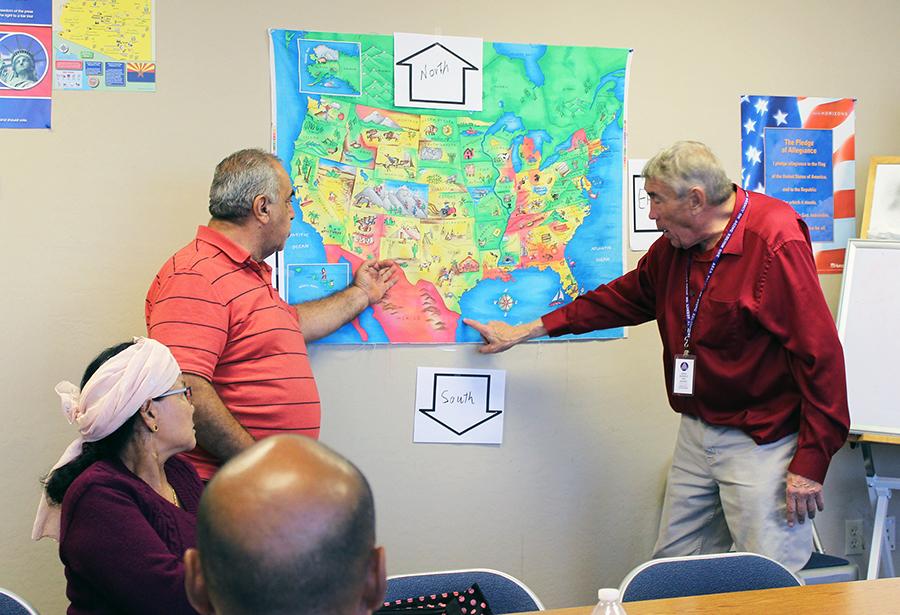 "I don’t want to see them crying, like committing suicide," he said. " I don’t want — that’s the problem they don’t have anything here in this country, they don’t speak the language, so I don’t want bad things to happen in my community."

Trinh Vu is one of the case managers. She and Dahal talk to each refugee and their family member to assess what services they might need and see where they’re at in the citizenship process.

"Your son called me and asked me to help you with the guardianship," said Vu.

Citizenship is the endgame here — but it’s not easy.

"Our program tailors English education to preliterate elderly refugees, because the combination of being elderly with not having any education background prevents barriers to learning English," said Cubero. 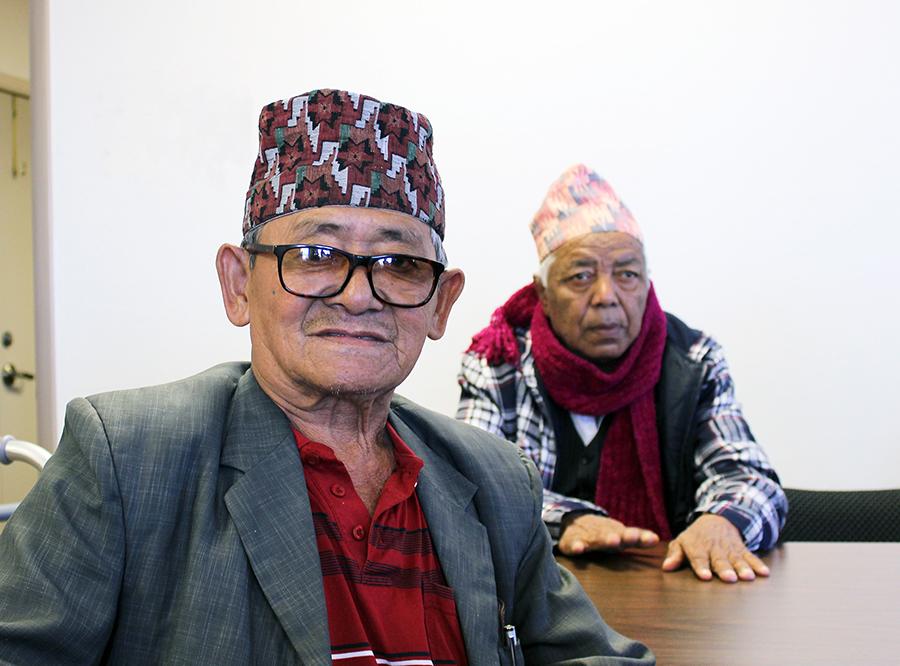 And it can take years for some.

"We have to teach some folks to hold a pencil because they never had to write before; so its really starting from the beginning," Cubero said.

Country of origin is another part of the equation.

"For example, folks from Iraq had very high education and they were workers in their countries," Mbonyingabo said.

Which means learning English and ultimately assimilating might be easier.

Once a refugee is ready to take their citizenship test, the Mosaic Center works with them to ensure they pass.

Next door to the Bhutanese are a group of refugees from Iraq, Cuba and parts of Africa preparing to take their citizenship test.

Despite the hurdles many of the refugees face, coming to America is life-altering — and becoming a citizen is empowering. Mbonyingabo said a shift takes place when a client finally takes that oath of allegiance. It’s almost like they matter for the first time in a while.