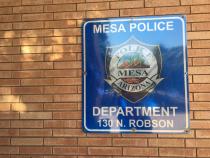 The Mesa Police Department is seeking authorization for a grant proposal that would help with a backlog of DNA cases.

Police Chief Ramon Batista is requesting the Mesa City Council approve a grant from the Department of Justice for $150,000.

Batista said the money would be spent on overtime and equipment to deal with DNA cases that are backing up in the department’s Forensic Services Division.

The department said the evidence comes from homicides, sexual assaults, burglaries, and numerous other crimes.

Batista said without the money, Mesa will not be able to meet its goal of increasing the number of samples processed and reducing turnaround time.

The Mesa City Council will discuss the grant program at a meeting on November 6.