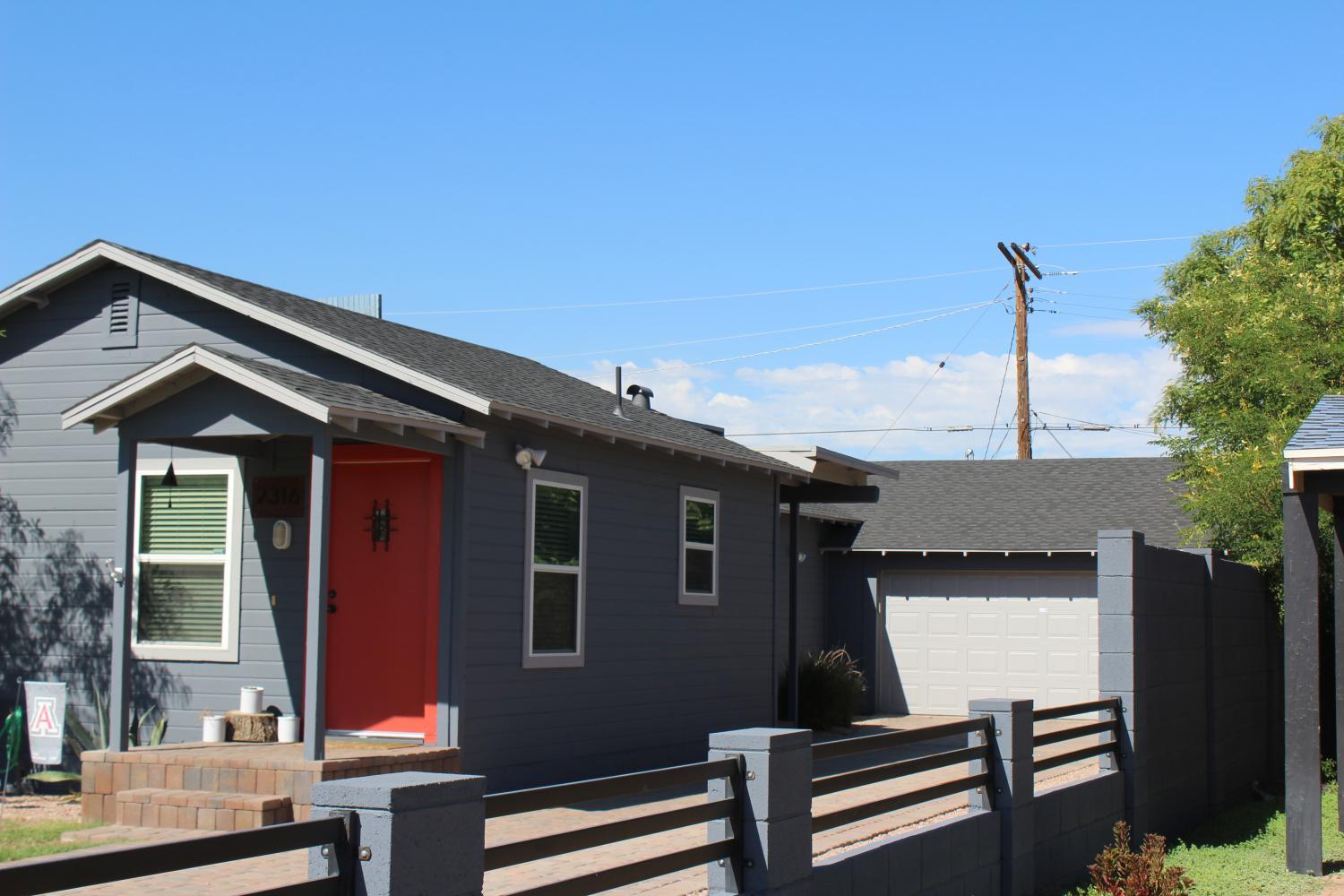 Carrie Jung/KJZZ
As home values increase in the Coronado Neighborhood, owners (new and existing) are adding large additions to their homes, which were traditionally closer to 1,000 square feet.

The New Neighbors project is a collaboration between KJZZ and the Arizona Center for Investigative Reporting that looks at how the Valley of the Sun has changed since the economic downturn a decade ago. Today, we’re in the middle of a real estate and rental market boom, our cities are centralizing - it’s all changing the face of our communities Valley-wide. This is Part III of the "New Neighbors" series.

My journey begins in the Coronado neighborhood in downtown Phoenix. I’m going on a scavenger hunt, of sorts, with Kristin Koptiuch. She's a cultural anthropologist with Arizona State University.

Koptiuch lives here in Coronado, and in her well air conditioned car we went looking for some of the physical evidence that illustrate how the neighborhood has changed over the last 10 years.

"You can tell anywhere there’s houses like this, with that block cement walkway, that someone has redone the yard," she said as we rolled past a tan house with a well groomed yard. "And they’ve been very careful with the colors." 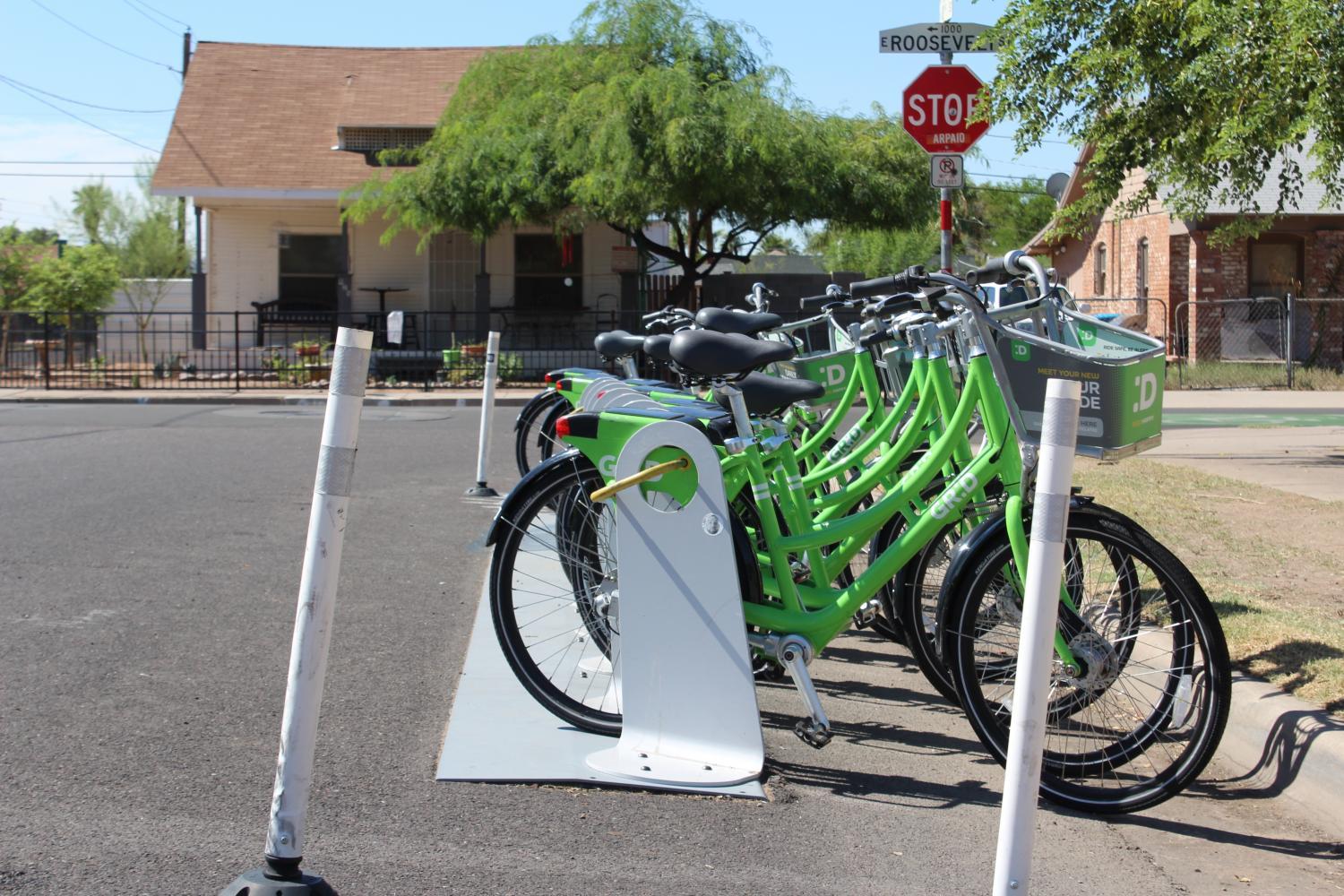 OK, so modern upgrades to these historic houses, is an obvious one. So are for sale signs and dumpsters.

"Now that means the owners have sold to a flipper," Koptiuch said. But then, "OK, here’s one thing that’s scary."

There are more subtle additions, that according to Koptiuch, demonstrate that the neighborhood has been significantly gentrified, like the presence of bike share stations.

Koptiuch said many neighborhoods have been resisting these bike shares because they don’t regard them as meant for them.

"Either they have their own bike, or they would rather have public transportation improved," she said.

Koptiuch has lived in the Coronado area since the early 90s. She said in that time she’s seen the area change from a mostly Latino and lower income neighborhood with homes that were often less than 800 square feet to an area that’s mostly upper middle class and filled with renovated homes that have massive additions tacked onto the back.

According to figures calculated by the Arizona Center for Investigative Reporting, home values in this neighborhood have gone up by almost 120 percent since 2011. Rents have also spiked about 30 percent in that time too.

If you travel a little farther south you’ll find Dana Johnson and the Garfield Neighborhood.

"Back in the 80s this was an entirely different neighborhood," Johnson said.

Price points in this neighborhood, which is just east of 7th Street in the heart of downtown, are lower than Coronado, but they too are on the upswing.

I joined Johnson for a walk down one of the main drags in the area, and you don’t have to go far to see just how much things are changing.

"Across the street right here is apartment complexes," he said as he pointed to a set of tan structures outfitted with pastel trim. "And if you had seen these 20 years ago you wouldn’t have wanted to live there. Here we have another reconstruct,"

Even just 10 years ago, Garfield was dotted with empty lots and homes in need of repair.

But it’s more than just the physical structures that are different.

"It was riddled with a number of different gangs, pretty violent gangs," Johnson said.

The neighborhood is a lot safer and there are a lot more amenities down here now, like bike lanes and walkable restaurants.

But Johnson admits, all of this change has come with a downside.

"There’s no doubt some populations have been pushed out," he said.

Since 2011, median household income in most areas of Garfield have increased between 20 and 30 percent. The question about whether the neighborhood is being gentrified is a common conversation among neighbors here. And for some, it can be a loaded term, because the issue is really nuanced.

"In the 1980’s we had no choice but to either improve this area or let it go to pot and raze the whole damn thing," Johnson said. "So a group of us decided it was worth saving."

So is it higher housing costs that are pushing families out of the neighborhood?

Eve Reyes-Aguirre, a 20-year Garfield resident, argues yes, but explained there were a few other factors at play like the passage of SB 1070.

"A lot of families in this neighborhood were undocumented and they were afraid to stay living here in Arizona," Reyes-Aguirre said.

She added some Latino families have since moved back but she explained, today, the makeup of the neighborhood is a mix of old and new. Which, at times, can clash. Reyes-Aguirre recalled a time when a new neighbor was scared by a large dog owned by another long-time Garfield resident and called animal control right away.

"And it was really upsetting," she said because the family didn't speak English and they were undocumented. 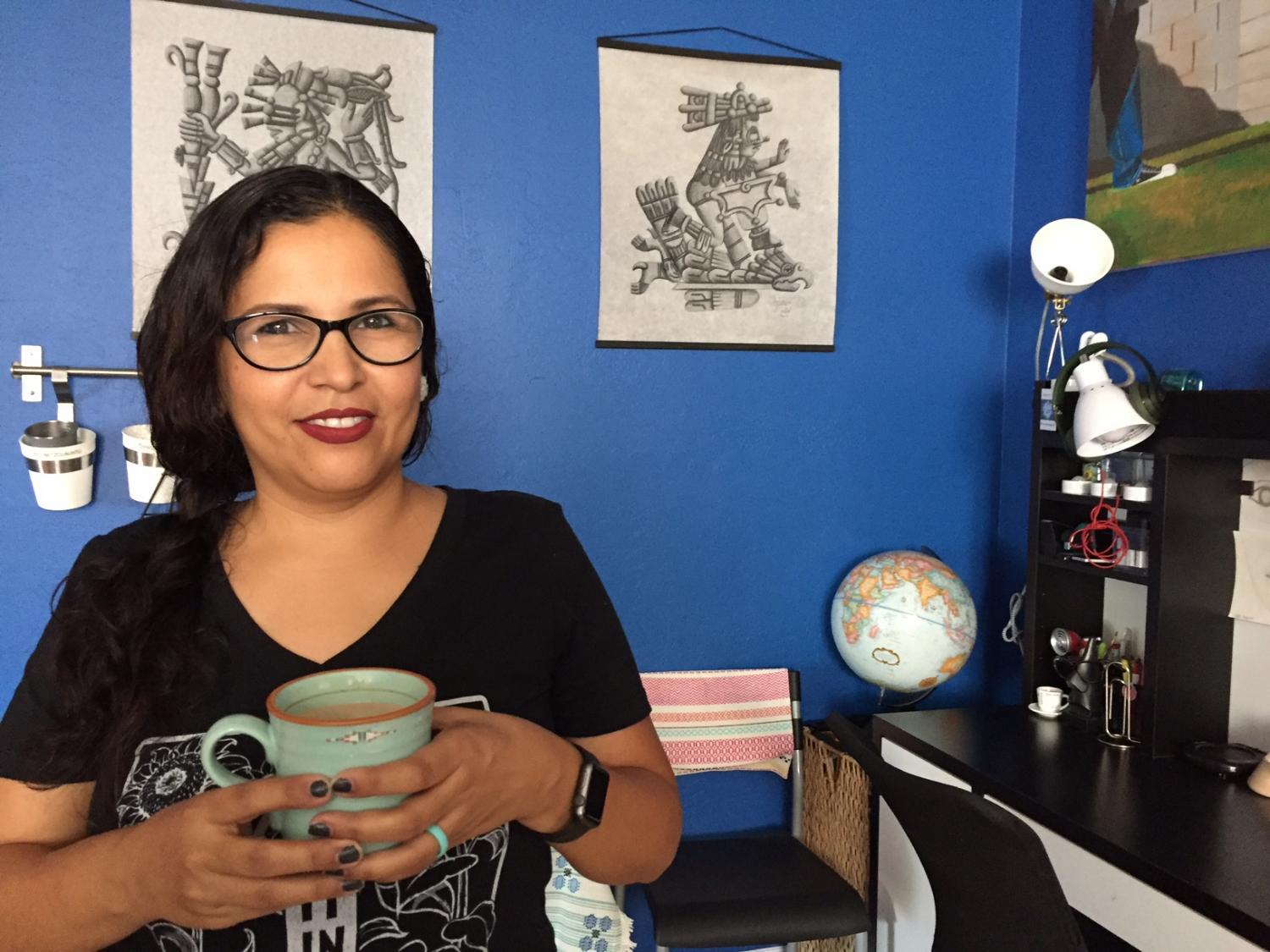 (Photo by Carrie Jung - KJZZ)
Eve Reyes-Agguirre says while there are pros to all of the development happening in Garfield, she's also seeing some populations being pushed out of the area because they can't afford to stay.

"This family lived across the street from me for about 15 years and never had problems with anyone, so it was a little disappointing because this is just a normal thing in our neighborhood," said Reyes-Aguirre. "We have a history of crime, so we do have dogs."

Over the last six years, home values in Garfield have increased between 140 and 160 percent. And according to the online real estate database company Zillow, rents in the area are also up by more than 20 percent since the recession.

Reyes-Aguirre said while it’s nice getting all of the new attention from the city and developers, "I really feel like people focus on the pros and don’t feel like there are cons."

While the higher costs aren’t forcing her out, her adult daughter, who wanted to live in the neighborhood after college, now, can’t afford to stay.

"It’s kind of disheartening," said Reyes-Aguirre. "Because I feel like, why didn’t we get that when it was a different community?"

If you drive even farther south and a little bit to the east, you’ll find the Broadway Heritage Neighborhood. This area is in a much different stage of development.

Just like Garfield and Coronado, you’ll also find building crews. But here, the purpose is not to upgrade the homes.

Shelly Smith, the president of the Broadway Heritage Neighborhood Association explained, it’s to fill one of the neighborhood’s roughly 100 vacant lots.

"A lot of the properties were left because the elders were dying off and the young people didn’t want to take care of them," Smith said. "We had some properties taken by the city due to not cleaning them, drug raids."

The city started this massive infill project just before the recession. Officials picked the project back up again last year after an extended pause when the housing market crashed.

Today, the city is contracting with an affordable housing developer and offering some home buyer assistance. A factor that Smith said is important because, while they want to see improvement in the neighborhood, they also don’t want to push out the existing community that calls this area home.

"Our community here is so diverse," Smith said. "From having the Latin American, African American communities...we also have south east Asian. It’s not just like we’re just one people."

Smith and the rest of the association say they’re embracing all of the economic progress coming to the area, because they say for years the community did without many of the city amenities that most of us take for granted, like paved sidewalks.

"It was like the developer paved and curbed half of the street and the rest of it was dirt," he said. "We’ve pushed to get 32nd Street developed. We’re pushing to have Roeser from 32nd Street to 36th Street finished."

Smith said he understands that community growth and improvement also means higher prices. Just like Coronado and Garfield, rents are up by about 20 percent since 2011, but the difference in this south Phoenix community is that household incomes have stayed about the same.

"I tell every neighbor that you’re a part of this process," Smith said.

Neighborhood association members in this community say they know it can be a slippery slope to inaccessibility. That’s why their plan is to take an active role in the decision making process from the beginning in hopes that the changes they help to make will end up benefiting current community members for years to come.

EDITOR'S NOTE: This story has been updated the correct the spelling of Roeser Road.