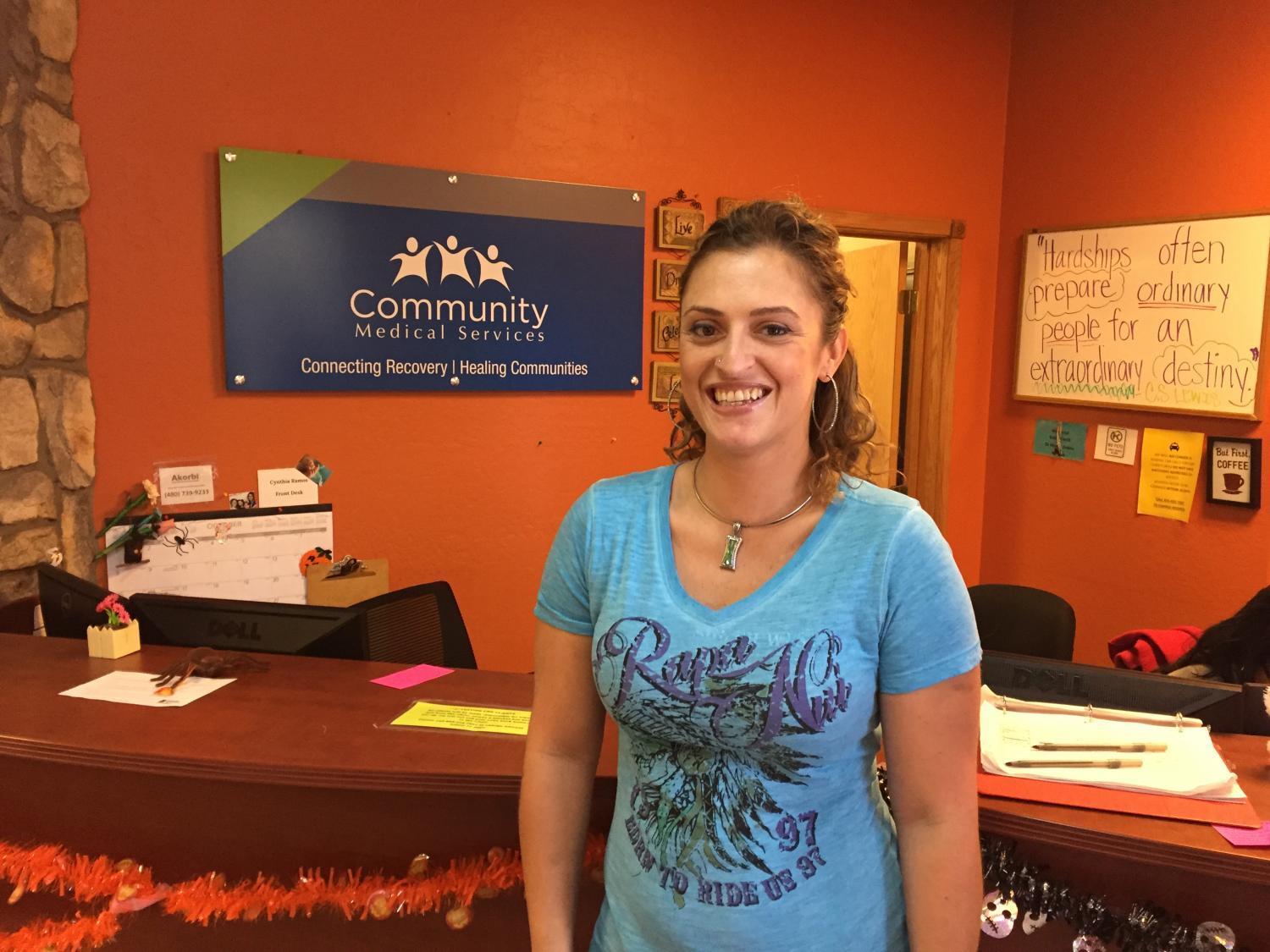 (Photo by Will Stone - KJZZ)
After years of using opioids, Kristina Werner was ready to get sober and a new 24/7 opioid treatment center in Phoenix got her help the moment she needed it.

Just out of detox and Kristina Werner knew she needed help. But she wasn’t sure where to get it.

Heroin? That she knew how to find.

“I had been texting my dealer,” the Brooklyn-native said. “Going back and forth thinking what am I doing? I shouldn’t be doing this, let me just try to wait it out.”

Four years of quietly abusing painkillers had eventually led Werner to heroin. She was sober on that day in early October because she had been arrested several days earlier. She wasn’t allowed to see her children.

Werner and her mother had the names of a few outpatient clinics the hospital had suggested. But when they got there, it was closed for the weekend — a long weekend. She thought about waiting all the way till Tuesday, resisting the pull of her addiction, which could be easily satisfied by going down the street.

“Why even check out the other place? That’s probably not going to be open either,” she told her mother, who convinced her to stop by just in case.

“Thank God, they were,” Werner said.

Werner had come upon the country’s first opioid treatment program open 24/7. It is almost like an emergency room specifically designed for opioid addiction, which is run by Community Medical Services. It had only been open a week.

“It’s all about that moment,” said John Koch, who manages the peer support program at Community Medical Services.

“You are having a horrible day. You’re starting to become sick. And you’re like, ‘I want some help, I’m tired of living like this,” he said. “If we don’t have treatment on demand, then as soon as you get some money that moment passes.”

But with opioids — when that moment passes — people end up dying, Koch said, who’s in long term recovery himself.

Nearly 500 people in Arizona have died from opioid related overdoses since mid-June.

On this weekday morning, the clinic is already humming with activity. Some people stand at a window for their medicine, while others wait for their numbers to be called so they can see a doctor.

For most of their patients, Koch said this is the first time they are trying Medication Assisted Treatment (MAT).

“They have been in and out of an inpatient abstinence based programs two to three times and they want to try something different,” he said. 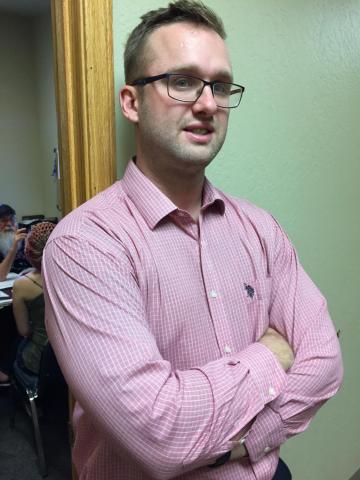 (Photo by Will Stone - KJZZ)
John Koch, who works for Community Medical Services, says there's often a moment when someone decides to get treatment and the goal of the new 24/7 clinic is to make sure they're open when that happens.

Community Medical Services is the state’s largest opioid treatment program, meaning all three kinds of medication are available: methadone, naltrexone and buprenorphine. Those in combination with psychotherapy are shown to be the most effective way of treating opioid use disorder.

But there are too few providers and Nick Stavros, CEO of Community Medical Services, said none are open around the clock. Historically opioid treatment programs are only open in the morning hours, he said.

“We obviously theorized that there were a lot of people not getting treatment in the afternoon and night hours because there wasn’t anywhere to go, but we had absolutely no idea we would treat 130 patients in the first three weeks,” Stavros said.

This is actually the first in what will be five “centers for excellence” throughout Arizona, similar to this location in Phoenix, which was converted from a regular clinic to an all hour’s one.

The initiative is funded, in part, by the 21st Century Cures Act, which Congress passed last year. The law gives states grant money to expand access to treatment for opioid addiction.

Most patients qualify for Medicaid, but Stavros said anyone who doesn’t have insurance can still get treatment.

The 24/7 location is now averaging about a dozen new patients every day — people like Kristina Werner who in that moment, when she was ready to get sober, found a place with the lights on.

“Or else who knows, I would have went and probably got high again,” Werner said.

“It can get better. You get to this point you feel like you have nothing. You’re like why go on? You should go on,” she said.

The day she came in for treatment, while waiting for the doctor, she got a text from her dealer.

“But something, held me back, I didn’t go,” Werner said.