Technology Aims To Change How We Age 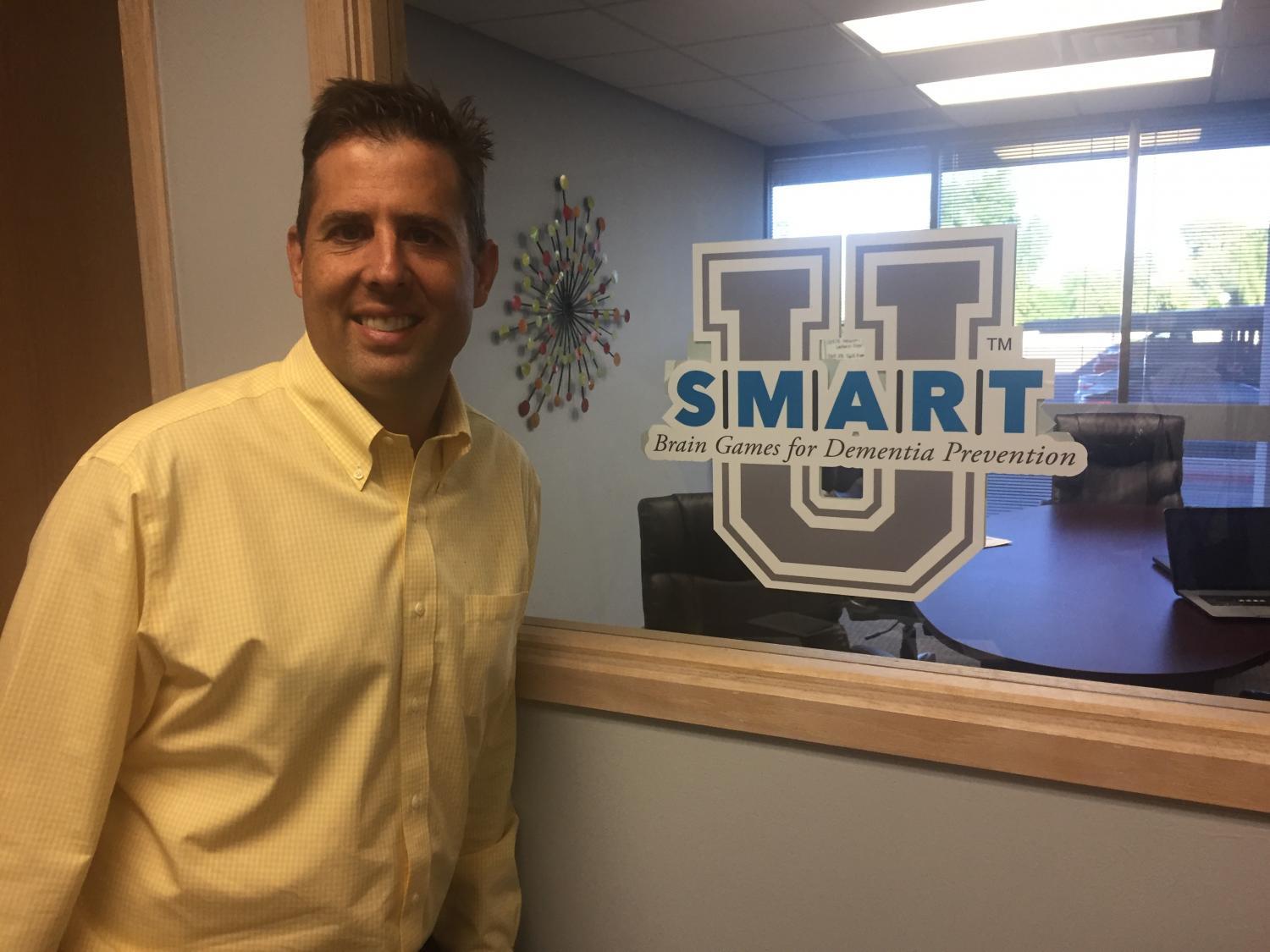 (Photo by Will Stone - KJZZ)
John DenBoer is the founder of Smart Brain University, an online tool designed to help prevent dementia.

Arizona has long been a destination for older adults, with its pristine retirement communities and warm climate. But aging in America isn't what it used to be. The issue isn’t going away. We have to talk about it. This is Part VIII of "The State of Aging in the Valley," a series that explores the reality of an aging society.

In our society, aging is often framed as a process of losing independence — giving up your car keys. But technology is beginning to change that narrative. And entrepreneurs across the country and here in the Valley say tech has the potential to revolutionize how we age in the coming decades.

John DenBoer was training to be a neuropsychologist when he tried to get his grandmother to do some simple brain exercises to fend off dementia.

"We weren’t able to convince her and we lost her before she physically deceased. I didn’t want that experience to happen to others," he said. 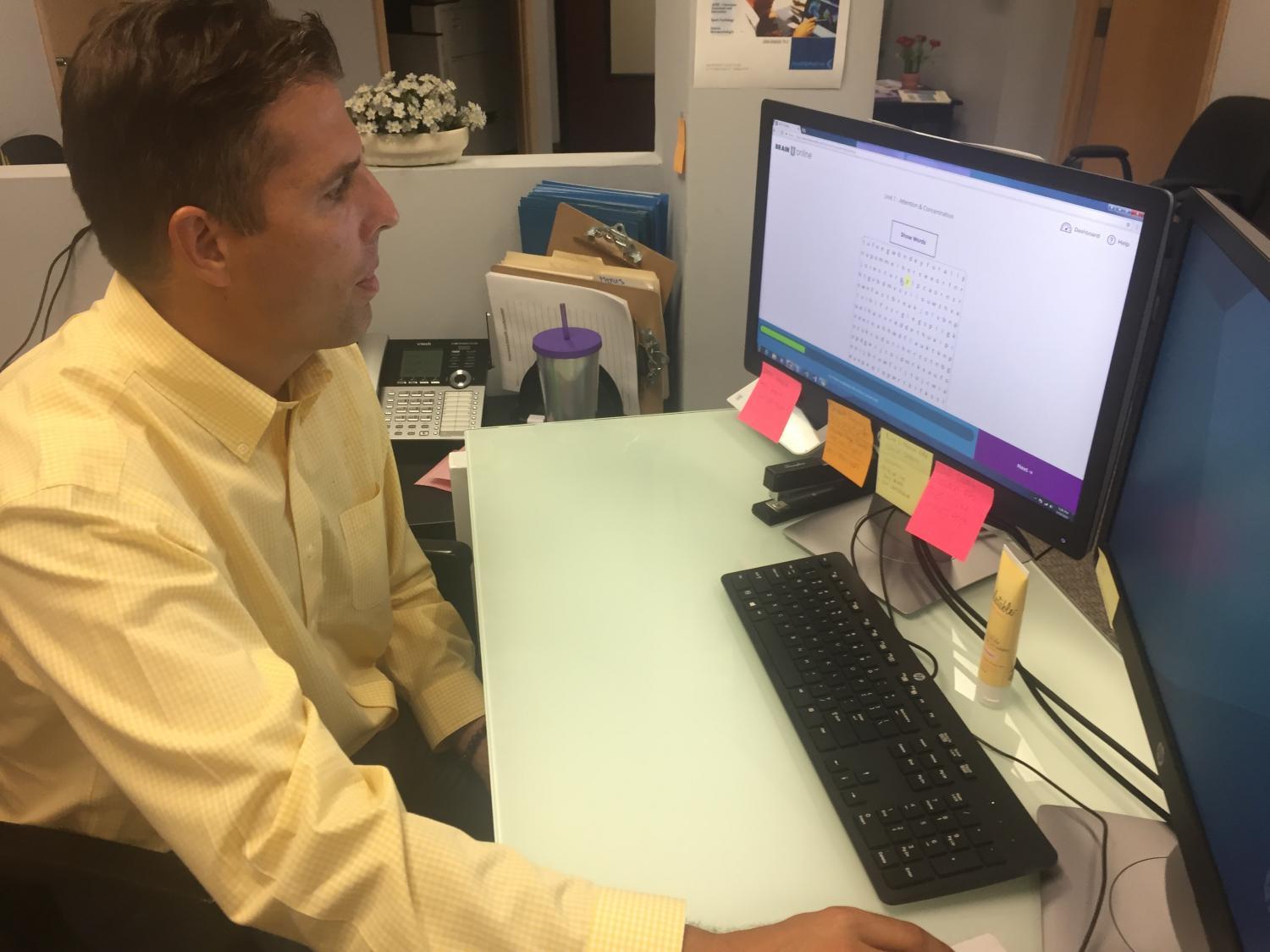 (Photo by Will Stone - KJZZ)
John DenBoer was training to be a neuropsychologist when he tried to get his grandmother to do some simple brain exercises to fend off dementia.

“What we are doing are new and novel exercises. So one of the ways people get this wrong quite frequently is they do things they already know how to do,” he said.

Meaning, playing bridge or doing the crossword puzzle like you have for years isn’t the answer. Instead, DenBoer’s online platform offers games that people aren’t familiar with, like a number search that he shows me.

“Color in the circles around the sixes and then circle all the sevens so we’ll vary this routine. They’re utilizing not necessarily a new part of their brain, but a new style of learning,” DenBoer said.

That primes the brain to release glutamate, one of the chemicals needed to prevent the brain from shrinking, DenBoer said. The website also has a social component — you make a profile and interact with others. It’s based on a cognitive system that DenBoer developed through his research, called Strategic Memory Alzheimer's Rehabilitation Training, or SMART.

"We are mitigating the intensity of it over time and delaying the onset of the disease. And that’s the best the field we can do right now. If we can delay it by as much as a year and a half to two years, then that can offer somebody an increased quality of life.”

The site has about 6,000 users, mostly in the U.S., and 20 clinics in the Phoenix metro area where people work in-person with a speech pathologist, which is actually covered by Medicare.

DenBoer describes Smart Brain U as somewhere between a startup and full-fledged company, but he hopes to eventually reach millions of people.

“As we move from the Baby Boomer generation into the next following generations, they are going to be so ingrained in technology. The way the last third of life looks in about 10 or 20 years is going to be transformed,” said Sidnee Peck, who teaches entrepreneurship at Arizona State University and founded the Phoenix chapter of Aging2.0, an international organization that promotes technology driven solutions to aging.

For too long, Peck says aging products have remained stagnant. It has been thought of almost as a niche market of walkers and incontinence products.

“But, if you think about it, we’re still humans, we just have different needs. Our mobility has changed and maybe some of the things we are capable of doing has changed. So why don’t we with the same lens of innovation look at the aging life and say how can we make that the best possible life?”

That’s changing, Peck says. There are sensors and robots that ensure people can live alone safely to networking sites that match up elderly people who want a roommate.

And then there’s technology aimed at those who care for the aging. 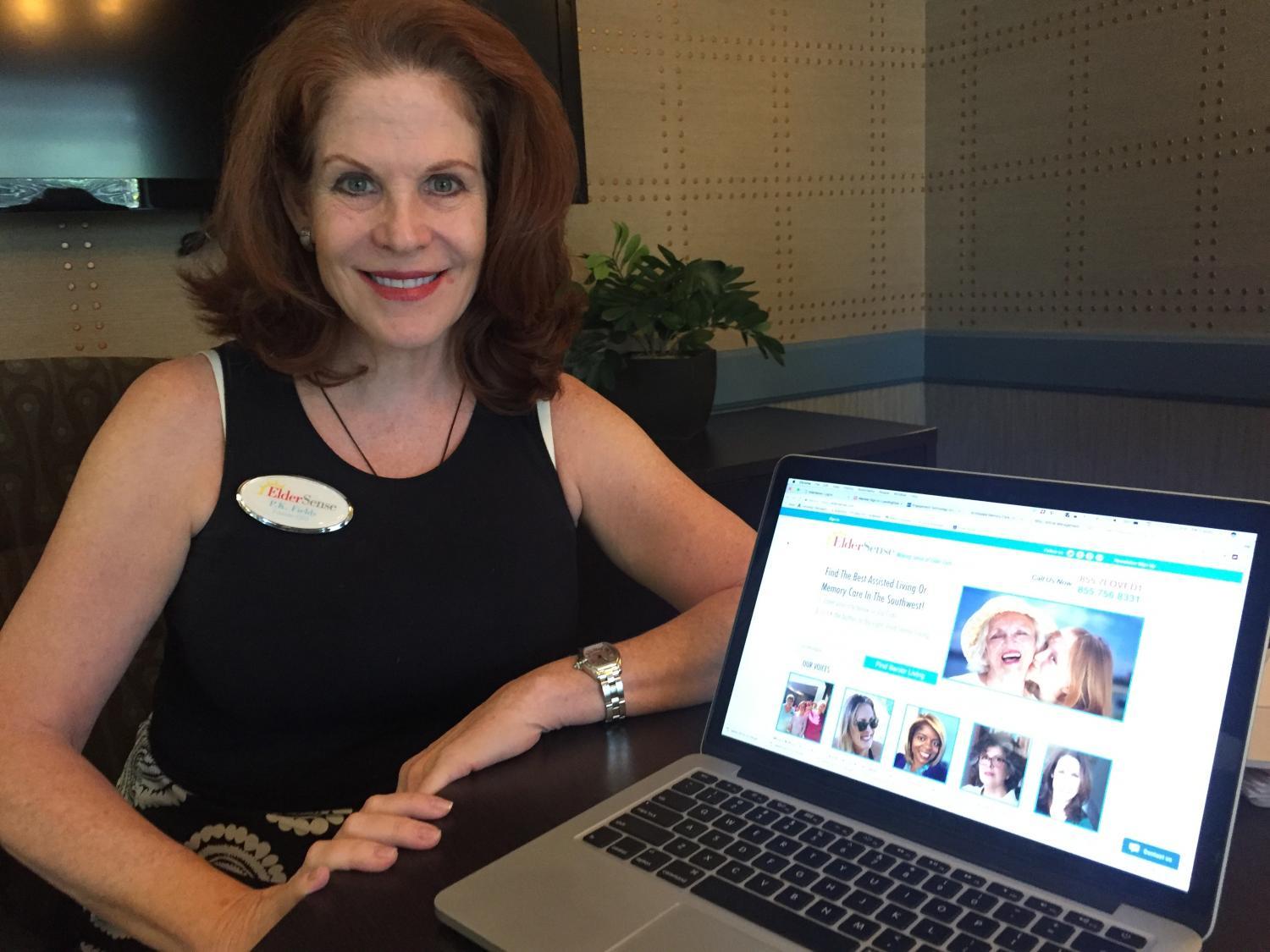 (Photo by Will Stone - KJZZ)
P.K. Fields is the founder of Eldersense.com., which designed to help people find assisted living facilities.

Fields walks me through a memory care center in Scottsdale, one of the listings on her website. There’s a living room, kitchen and patio. We stop outside one room with what she calls a shadow box outside the door.

“Some angels and trinkets and little things that remind them of their life before they got here,” she tells me.

Like many, Fields got into this business because of her own experience. Her father was discharged from the hospital after cancer treatment and began looking for assisted living.

“It was just a nightmare. There were more brochures than I knew what to do with. And I kept saying there’s got to be something, how do I know availability? How do I know pricing? Are there reviews?” she said.

So Fields decided to do it herself and parlayed her experience building website and marketing for major casinos like Caesars. ElderSense.com list hundreds of options in Scottsdale and is expanding to other markets like Florida.

Her sites lists availability, amenities, what kind of care is provided, as well as picture. And her target demographic is “usually the daughter or daughter in law between the age of 45 and 68. And they are doing the searching and everything else they search for, they search online," she said.

This site lets them do the same comparison shopping they would for any other product. Fields said they are starting to partner with hospitals and she sees growth in the coming years.

That holds opportunity not only for entrepreneurs like Fields, but for all of us who can use tech to age happily and independently.

Reach The Reporter
Will Stone