Journalist Writes Why 'Pakistani Women Are Leaving Their Misogynistic Country' 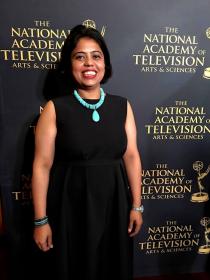 (Photo courtesy of Hina Ali)
Hina Ali is a journalist and documentary filmmaker from Pakistan.

When Pakistani journalist Hina Ali started her first job, her cousin told her “all the noble reasons a woman might have for earning her own living don’t matter. Once you start spending time outside the boundary of your house, you are an outside woman.”

She didn’t understand what he meant at the time, but, today, 11 years later, she says, she is one of thousands of women like her who have had to become outsiders in order to pursue the kind of life they want.

She wrote about it recently in a blog for The Express Tribune in Pakistan called “Why droves of Pakistani women are leaving their misogynistic country.”

And The Show’s Lauren Gilger spoke with her more about it.