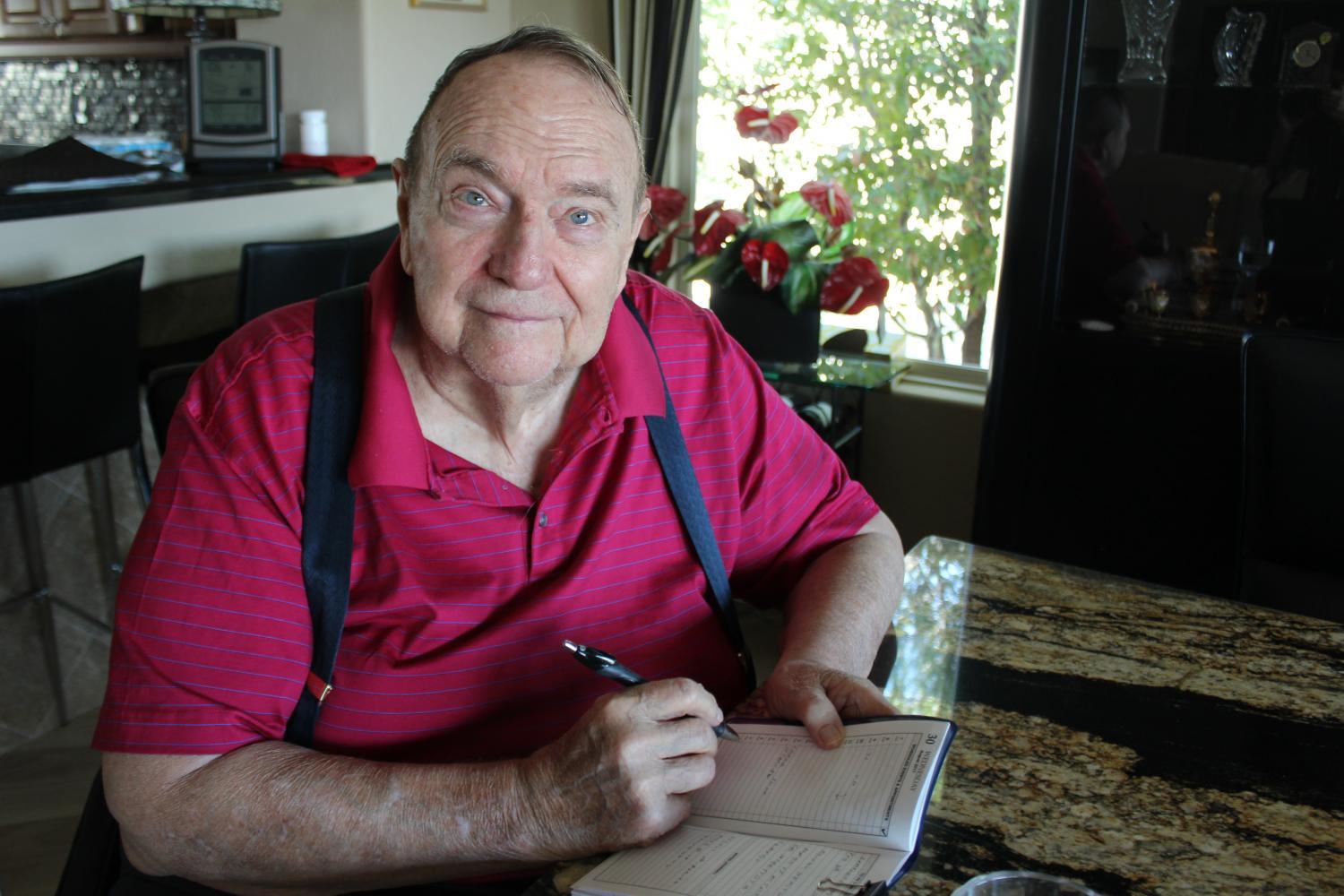 (Photo by Carrie Jung - KJZZ)
John Avard says using a planner like this reduces his need to ask his wife about what he's done in a given day.

Arizona has long been a destination for older adults, with its pristine retirement communities and warm climate. But aging in America isn't what it used to be. The issue isn’t going away. We have to talk about it. This is Part II of "The State of Aging in the Valley," a series that explores the reality of an aging society.

While this may not seem like the best time in a person’s life to start learning a new skill, researchers at the Mayo Clinic are realizing that learning a new procedure or habit, is not only possible, it could also have long-term benefits for patients as their dementia progresses.

Ann and John Avard have been married for 22 years, but John Avard remembers the day they met in Dublin Ireland like it was yesterday. They were at a friend’s house and, "In walked this good looking blue-eyed doll," John Avard said. "And all of a sudden I used my best male voice to say 'Hello! How are you?'"

Old memories like this are easy for John Avard to recall. But it’s new memories, like what he ate for dinner last night or if he went to his appointment at the VA that just aren’t sticking these days.

"I was diagnosed with an MRI. That my brain had shrunk a little bit and had some white spots," John Avard said.

John Avard has mild cognitive impairment, which is a very early stage of dementia diseases like Alzheimer’s.

He said the diagnosis was scary at first, but lately he’s been finding success with a relatively new program aimed at making the most of his procedural memory, which uses a different part of the brain. One that stays functional for longer as dementia progresses.

She said a program at Mayo called HABIT is trying to do just that: create new habits in their patients with mild cognitive impairment.

"This is procedural memory and this is a different type of neuroanatomical network than our short term memory system," Locke said.

Locke explained her team trains small groups of patients and their caregivers to develop habits that promote self-sufficiency and overall health. She and the Mayo Clinic team hope that by harnessing the staying power of that procedural memory, they can help patients stay more independent for longer.

The sessions at Mayo include things like diet and exercise plans, and it even helps patients make time for brain games. But for Locke’s team, the most important habit they’re trying to create is to learn to effectively use a written agenda and calendar.

I joined John Avard and Locke for one of their recent trainings. 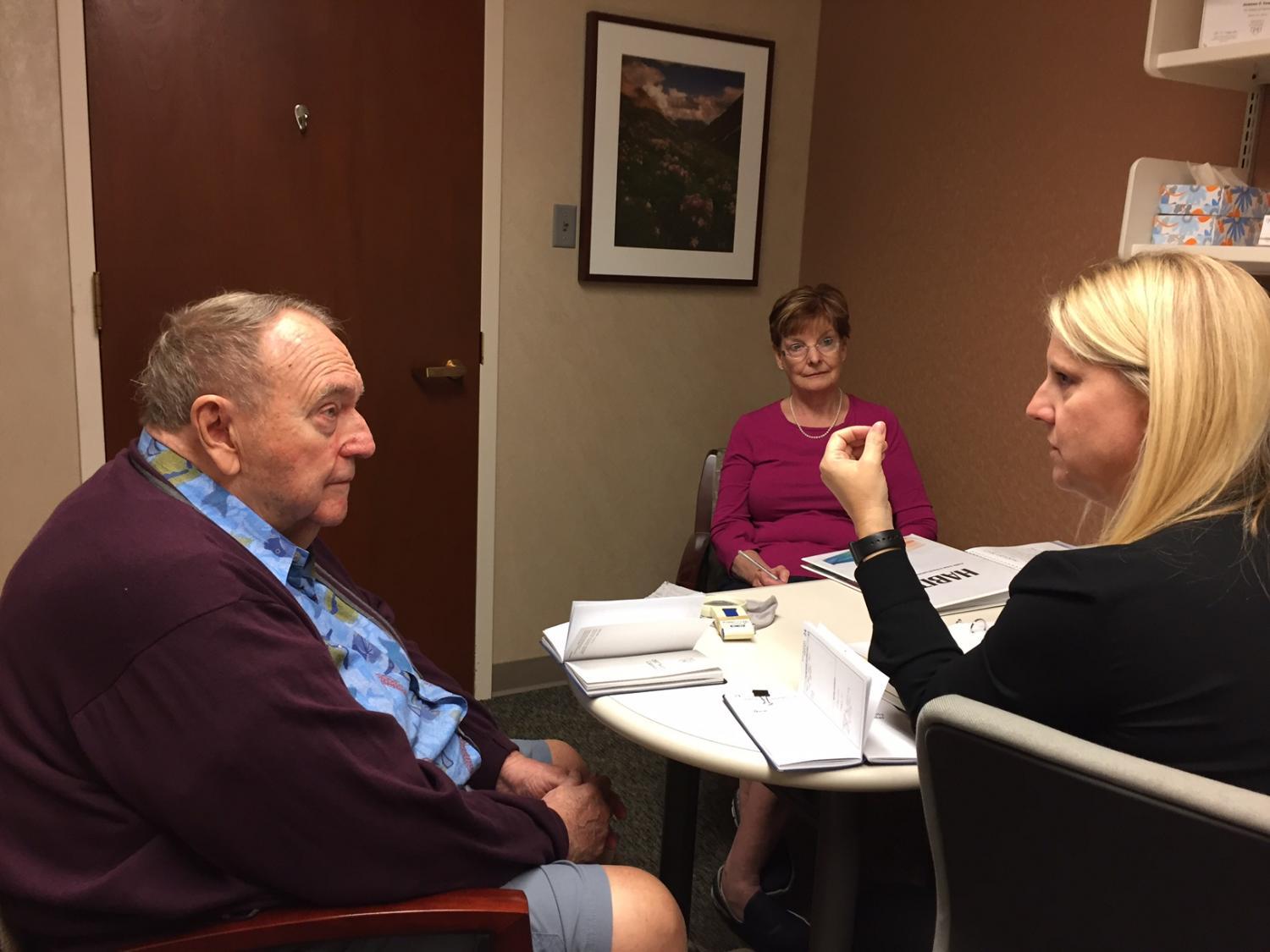 Locke said repetition is key when it comes to making actions stick and turn into habits, which is why interactions like this happened several times in the session.

"What do you have going on this weekend?" Locke asked John Avard.

"Oh!" said John Avard as he flipped through his planing book. "Dinner with the neighbors Saturday evening."

Locke hopes that, eventually, when John Avard or any of her patients with mild cognitive impairment doesn’t know the answer to a scheduling question their hand will automatically reach for their pocket to pull out their book.

And while Locke’s team hasn’t yet researched whether habit development like this can have meaningful physiological impacts that might slow the onset of dementia, they are seeing gains in patient and caregiver happiness and quality of life. Something John Avard’s wife Ann Avard said she can attest to.

"It has taken a lot of stress off me," she said. "Or frustration of 'Oh, come on. Do I have to answer every question?'"

Now Ann Avard said she hardly ever has to answer a question. "He just checks his book and knows the answer most every time. He’s become much more independent," she said.

And it's that independence that the Avards said is important right now, because Ann and John Avard would like to continue their more social habits, like dancing.

For Ann and John Avard, it’s their old and new skills alike that are helping them to live in the moment each day.