Learning About 'Ambiguous Loss' Helps Some Caregivers Cope With Grief 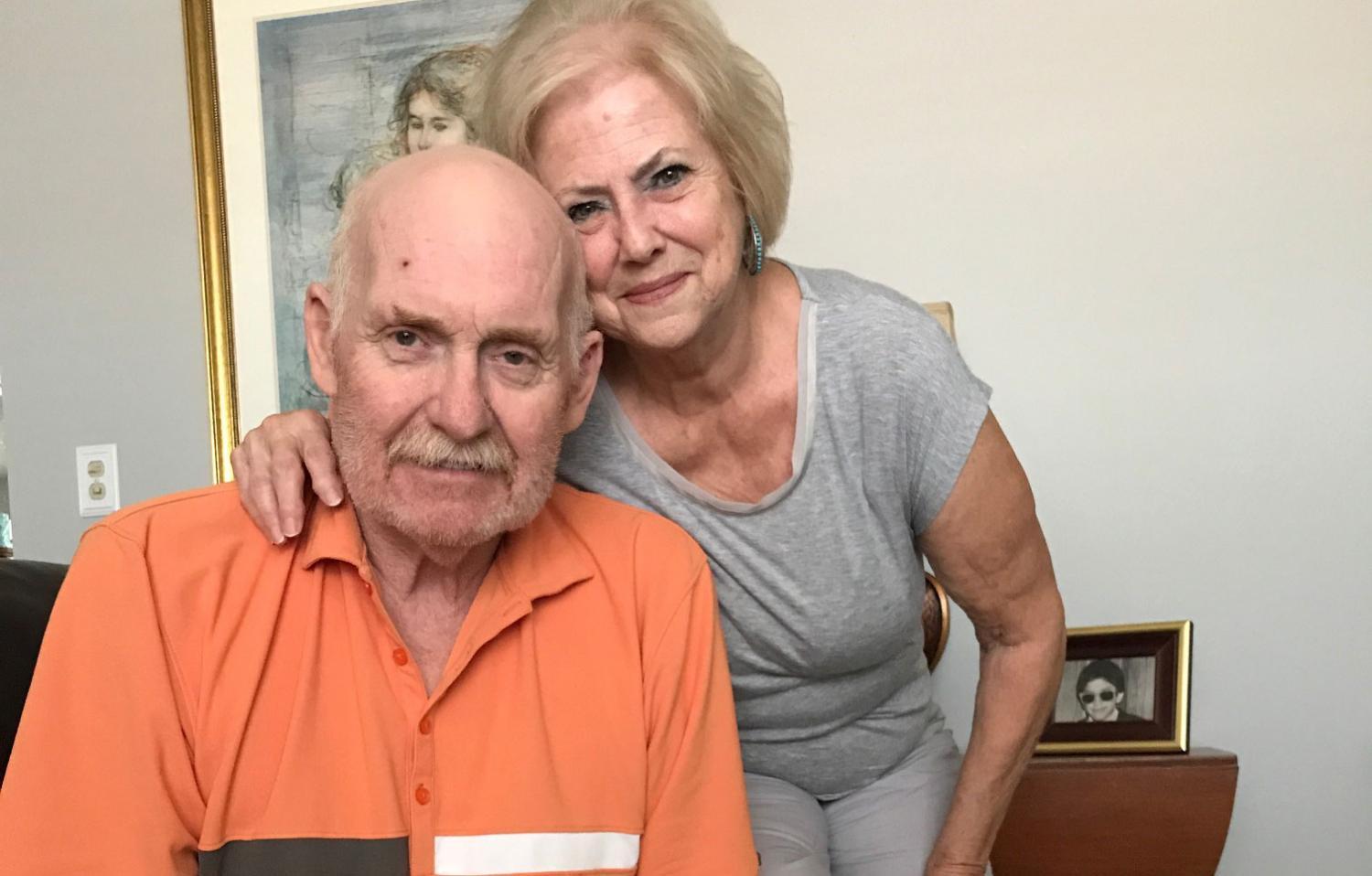 (Photo by Kathy Ritchie - KJZZ)
Joanne Romano is taking care of her husband, Larry, who has Alzheimer’s disease.

Arizona has long been a destination for older adults, with its pristine retirement communities and warm climate. But aging in America isn't what it used to be. The issue isn’t going away. We have to talk about it. This is Part I of "The State of Aging in the Valley," a series that explores the reality of an aging society.

For many caregivers of people with dementia, grieving a loved one while they’re still alive is not only traumatic, but confusing. But many caregivers are learning to understand this "ambiguous loss" is changing how caregivers look at life and loss.

Joanne Romano is sitting in her kitchen, reading from the book, “Loving Someone Who Has Dementia,” by Dr. Pauline Boss. Romano is taking care of her husband, Larry, who has Alzheimer’s disease.

"I both wish it was over and wish that my loved one keeps on living and that’s what triggered me to think about this and its true. It’s so very true and try and digest that," she said.

She’s been studying Dr. Boss’s book to help her cope with what Dr. Boss calls, "ambiguous loss:" she’s grieving a man who is physically present, but psychologically drifting further and further away from her.

"As I took the course that was offered, and learned more about the term 'ambiguous loss' and how it applied to caregivers, it made more sense. It helped me to understand at some of the anger," Romano said.

The course she’s talking about is called "Steps to Hope."

"With ambiguous loss, it’s an ongoing, it’s a chronic loss, it becomes a complicated loss, its loss that goes on too long," said Susy Favaro, a social worker at Banner Alzheimer’s Institute. Favaro and her colleagues created the course after stumbling upon Dr. Boss’s work, but they knew they had struck a chord when "some of them would start crying because having a name for what they were feeling helped them understand that it was real."

And what they were feeling, said Favaro, was hopeless, sad and alone — and then there’s the guilt. We’re not supposed to want our loved ones to die, but after years of dealing with someone who has dementia — and the web of complications that come with such a diagnosis — many caregivers want it to end.

"The mixed emotions, the guilt, that doesn’t just happen when the person dies that happens throughout the disease process. Caregiver what they do or what they don’t do," she said. "I don’t think I’ve ever met a caregiver who doesn’t have guilt about something. It’s never enough. It’s never right."

"But the thing is, we have to realize that when somebody dies of dementia the process is very slow and the mourning process takes place over many years," he said. "It’s OK to be thankful they’re not suffering anymore."

Life for him after losing her became extremely difficult.

"The world looks flat to you in the end. Absolutely flat. And there’s nothing poking up, no flowers to get your attention, nothing attractive to motivate you down the pathways which seem perfectly empty," he said.

Writing has helped Radway process his grief. He even wrote a book called, “Love and Little Birds: Wrestling with the Sadness of Dementia.”

In it, he writes:

“I don’t think I shall ever fully recover. But there is a fine line between grief and self-pity, and I feel that the time has come for me to look forward instead of back.”

Still, said Radway, "You’ve got to take yourself in hand and it’s extremely difficult — it’s a constant fight."

That’s because grief isn’t linear. It doesn’t follow a natural progression and then one day just stop. In fact, some caregivers may feel relief at first, with grief sneaking up later on.

As Romano talks about her own ambiguous existence, she said she isn’t looking too far into the future because of what it would mean.

"It’s unspeakable. It’s unspeakable," she said. "It’s like any long-term illness the wish for peace for someone I think overrides the other wish. My wish for him is peace. He is not peaceful right now. He deserves to be happy."

But happiness is hard to come by. As of now, there’s no cure and caregiving costs continue to soar. For both caregivers and the roughly 130,000 Arizonans living with Alzheimer’s disease, peace remains difficult to achieve.

More About The Sources
"Loving Someone Who Has Dementia," by Dr. Pauline Boss
"Love and Little Birds: Wrestling with the Sadness of Dementia," by John Radway
Banner Alzheimer's Institute