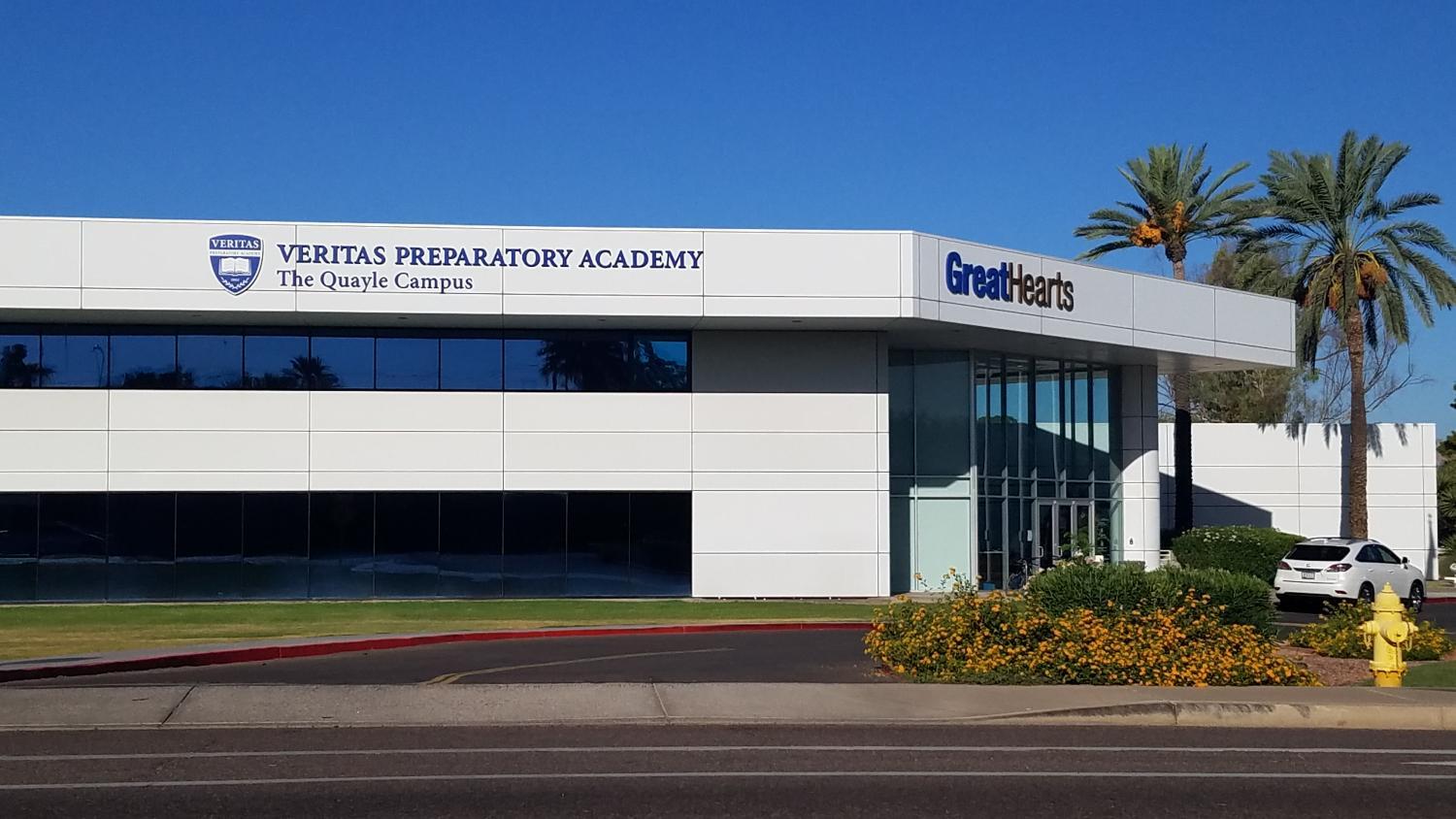 Hannah Duncan said she got a great education at Veritas Preparatory Academy — one of 28 charter schools in Arizona and Texas run by Great Hearts Academies. So when the 24-year-old alum heard from a transgender student about his time there, she was disconcerted.

“The discrimination he was experiencing, it made me really concerned about the direction the school was going," Duncan said.

Great Hearts Academies — one of Arizona’s prestigious charter school networks — has fended off criticism in recent months for its "biological sex and gender policy." The term transgender isn’t actually used.

As KJZZ first reported earlier this year, the Great Hearts Board of Directors quietly passed the new rules last year amid the public debate over “bathroom bills” like North Carolina’s HB2.

The policy specifies that students must use the bathrooms and locker rooms that match the sex listed on their birth certificates. It also applies to pronouns, dress code and school activities. Arizona law requires a written statement from a doctor verifying the person has undergone gender reassignment surgery in order to change a birth certificate.

While the policy does allow students to use a unisex bathroom, some transgender students at Great Hearts Academies have told KJZZ that often isn’t practical.

Duncan said the policy “not only reinforces hostile discrimination from transphobic and homophobic students, but it also makes it really hard for that student to learn and feel secure.”

Duncan has been helping lead an effort to change the policy. She and other alumni wrote a letter to the board and started an online petition. They even met with some of the top administrators, and she was hopeful at first.

“The fact that there has been radio silence completely about any steps to invite alumni into the conversation, let alone repeal the policy, really frustrates me,” she said.

To garner more attention, Duncan is trying another approach. She’s organizing what she calls a “Socratic conversation” outside Great Hearts annual gala this weekend — a nod to her school’s classical liberal arts curriculum.

Great Hearts Academies did not agree to an interview for previous KJZZ stories, but has said the policy was developed by “educational professionals and reviewed by medical and legal experts.” A statement from a school spokesperson said “education should not serve as the battleground for larger political agendas” and the policy was designed to “provide the safest and most inclusive school environment.”

That is the kind of argument that comes from conservative groups like the Scottsdale-based Alliance Defending Freedom (ADF), which opposes allowing transgender people into bathrooms based on their gender identity.

“What’s at stake is privacy,” Gary McCaleb, senior counsel with ADF, said at a recent speaking event hosted by the Center for Arizona Policy.

“This notion of using school facilities to advance individual psychological conditions — well, what are you going to do then? What’s your duty to affirm an autistic child? What’s your duty to affirm a child with an eating disorder? Are you going to put them on restricted rations because they are anorexic and think they are fat?” McCaleb can be heard saying in a recording given to KJZZ by someone who attended the talk.

Medical organizations like the American Psychiatric Association, as well as LGBTQ advocacy groups like GLSEN, disagree and support more inclusive policies and protections for transgender people.

This disagreement, however, has already threatened to sideline a potential land deal with the city of Scottsdale to build a new athletic facility in the DC Ranch community.

“From the very first public meeting we had, I expressed my opinion that I was not supportive of any agreement with city property as long as they discriminated against transgender students,” Scottsdale City Council member Virginia Korte said.

Others on the council have echoed those concerns.

The project has a long way to go and other community concerns to address, but Korte said she was told by an attorney for Great Hearts recently that the policy might be rewritten.

“Now I have not seen what those changes are, but I think that is, shall we say, good for them, that they could see some real issues," Korte said.

KJZZ reached out to the attorney and Great Hearts, but could not confirm that the board — filled with prominent members of the Arizona business community — does plan to change its policy.

At a public meeting on the DC Ranch proposal in late April, Scottsdale City Councilmember Kathy Littlefield indicated she had also been told Great Hearts was in the “process of rewriting their policy.”

“However, written policies are one thing and actions are another. Several emails I received show the actions need to change too,” Littlefield said at the time.

Meanwhile, a Facebook group — supportive of the Great Hearts policy — has cropped up in response to pushback coming from critics like Hannah Duncan. There’s even talk of a possible counter protest at the upcoming gala.

Duncan said she’s happy to engage with anyone who attends regardless of where they stand on the issue.

In fact, she plans to use her Greats Hearts education to do that.

“We are using Locke, Rousseau, Plato and Virgil to talk about transgender rights,” she said. “We want to be taken at face value for wanting to have that conversation.”

EDITOR'S NOTE: An earlier version of this story said Scottsdale City Council member Virginia Korte stated that she had been told recently by an attorney for Great Hearts that the policy was being rewritten. After this story was first reported, Korte contacted KJZZ to indicate that she had misspoken, and that what she had been told by the attorney was that Great Hearts might be revising its policy.
Education The Show