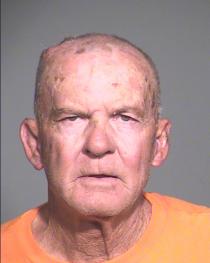 Attorneys for prisoners in a class-action settlement with the Arizona Department Of Corrections are looking into the death of a inmate.

Jordan was serving a life sentence at the state prison in Florence.

The Arizona Department of Corrections said he died of “natural causes.” But just weeks before, Jordan predicted his own death.

In a letter to the judge in the Parsons v. Ryan prison health-care settlement, Jordan alleged ADC and provider Corizon Health had delayed his cancer treatment. “Now because of the delay,” he said “I may be lucky to be alive for 30 days.”

He didn’t make it that long.

Corene Kendrick is an attorney for the inmates in the settlement. After reviewing Jordan’s medical record, she says she found multiple concerns. "We're referring it to an expert to identify the deficiencies and delays in treatment that may have hastened Mr. Jordan’s death,” she said.

The Department of Corrections says all inmate deaths are investigated with the county Medical Examiner’s Office.

Kendrick says their expert has reviewed cancer cases in ADC before.

"Often times these people are reporting symptoms that are very concerning and point clearly to cancer," Kendrick said. "But there are so many delays in getting the diagnostic procedures and the treatment that by the time the person is actually seen by a specialist the cancer has advanced to a much more serious state."

Private correctional health care provider Corizon Health has consistently failed to meet staffing requirements in their contract with the state. The contract has led to chronic and severe understaffing, especially among medical specialists.

Kendrick is one of a team of lawyers monitoring the state's compliance with a settlement reached in 2015 to improve health care conditions in Arizona prisons. She said Jordan's death is a stark reminder of the consequences of the case.

"Sometimes we get so focused on numbers and percentages and compliance rates, Kendrick said, "but behind all those numbers are individual human beings who are suffering."