Now On Tap: Arizona Beers Made From Purified Wastewater

Central Phoenix’s Wren House Brewing Company has racked up awards for creative beers that have included everything from Kit Kat candy to rose petals and pomegranate.

Preston Theony is head brewer, and a few months ago, he pitched a new ingredient to his co-workers: recycled water.

“The first comment was, ‘But why would we do that? You know we have water,'” said Theony.

He said it was for a contest to raise awareness about an untapped source of drinking water, one that typically ends up on Arizona golf courses and in dry river beds.

“It wasn’t a sell,” Theony said. “They were totally on board.”

Wren House is one of 26 Arizona breweries participating in the AZ Pure Water Brew Challenge.

Pima County’s Southwest Water Campus, a collection of organizations including the University of Arizona and Pima County Regional Wastewater Reclamation, is putting on the competition. 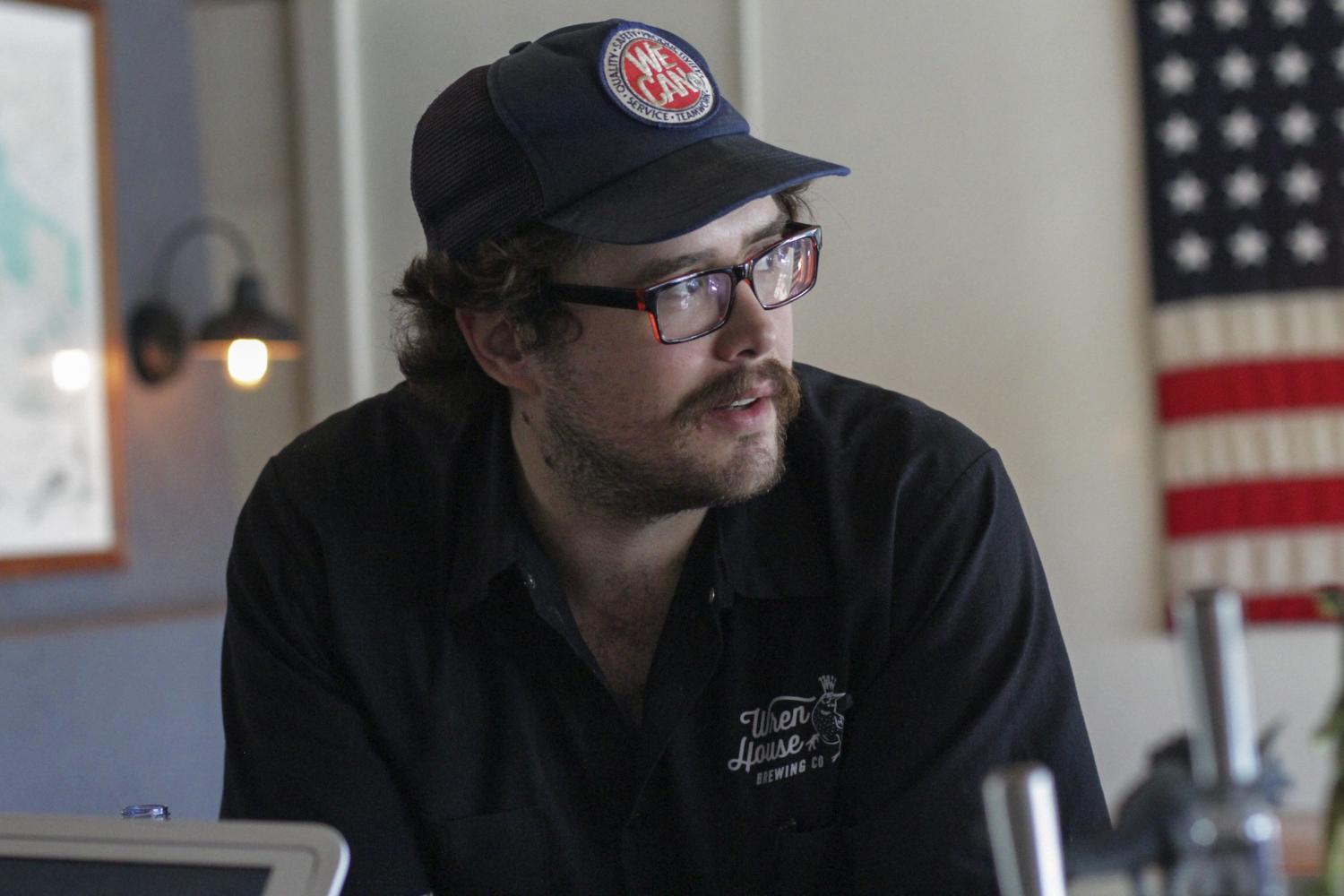 “If I go out and I talk about water you know I’ll get a small subset of the population  who will either find that interesting or want to pay attention to me,” said Channah Rock, a University of Arizona microbiologist and associate professor. “But when I talk about beer coupled with water, I might get a few more nodding heads and a little bit more interest.”

The goal, besides spurring the creation of delicious beer, is to highlight emerging technology that purifies wastewater to drinking water standards.

“In Arizona it’s not going to be tomorrow that we need to use these technologies, but maybe five, 10, 15, 20 years down the road we want to be prepared,” Rock said.

'It Starts With The Water'

On a recent Friday afternoon, boiling wort, the name for the liquid that becomes beer, fills the air with the smell of grain. There’s quite a bit of science in brewing and it starts with the water.

“It’d be tough to use the same water for a porter and for an IPA,” Theony said. “You’re looking for different levels of everything from chlorine to salt, to all types of minerals.”

For example, the 500 gallons of recycled water Wren House received to make their challenge beer had a different composition than the water they usually get from the city of Phoenix.

While this water came from Phoenix’s 23rd Avenue Wastewater Treatment Plant, it went through additional steps before it reached the brewery:

”The water that we’re producing through our treatment process is tested and validated both in real time as well as collecting samples and sending them off to contract labs,” Rock said.

The entire process took place inside a modified shipping container the Southwest Water Campus trucked from Tucson to Flagstaff to purify water for the participating breweries.

“Water is such a big part of brewing, obviously its the bulk of what we use to make beer,” Theony said. “It’s nice to have different avenues to make sure that we always have a sustainable source of water even in a big city in the desert like Phoenix.”

This could be the first time Arizonans taste recycled water. Under the state’s current wastewater regulations, it’s illegal to directly reuse the water for drinking

The Pure Water Brew Challenge applied for special permits from the Arizona Department of Environmental Quality (ADEQ) for its purification process, but soon recycled water could reach a larger audience.

ADEQ is reviewing Arizona’s drinking water regulations and new rules that allow wastewater to be treated for drinking could be adopted early next year.

“It limits the best uses of that water,” said Trevor Baggiore ADEQ  Water Quality Division director, referring to the current regulations. “Technology has advanced to the point where that water can be used for higher end uses.”

University of California Santa Cruz Professor Brent Haddad has studied perception of recycled water for more than a decade. One of his studies found the percentage of people who flat out refuse to drink “drink-certified-safe recycled water” is 13 percent. The study, published in 2008, included respondents from Phoenix.

“The water agency has to do its side of the bargain and it has to produce safe water and so far water agencies have done that,” Haddad said. 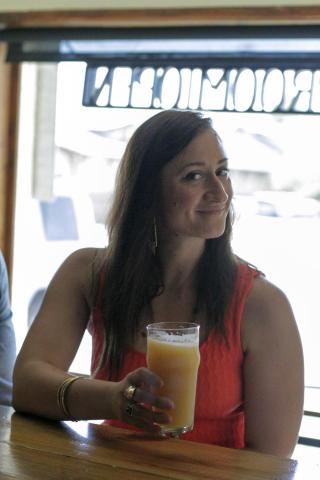 (Photo by Mariana Dale - KJZZ)
“I think that notes on it are really nice there’s a lot of aroma to it, but also I enjoyed the freshness of it," said Rebecca Christie, who ordered Hydrologic the first day it was tapped.

Back at Wren House, head brewer Theony said he’d use this water again.

“It’s the cleanest water we’ve ever brewed with,” Theony said.

The water went into a pale ale Wren House calls Hydrologic. He said they picked the style because it wasn’t too hoppy, so the purity of the water could shine though.

So the brewer calls his work a success, but what really matters if you’re trying to sell a beer, or the idea of recycled water, is whether people like it.

Rebecca Christie sat at the tap room bar on a recent Friday afternoon. In front of her, the sun streamed through a cloudy golden pint of Hydrologic.

“I think that notes on it are really nice, there’s a lot of aroma to it, but also I enjoyed the freshness of it,” Christie said.

Then I tell her where the water came from.

“Oh nice,” she replied without missing a beat. “I guess I would change my thoughts, but it wouldn’t keep me from drinking it.

“I think it’s cool we’re finding different ways to use our sources and not create extra waste.”

At another table, Marissa Nelson was also sipping on Hydrologic. Admittedly not a pale-ale person, she said she loved the beer.

I asked her if she’d try recycled water again. 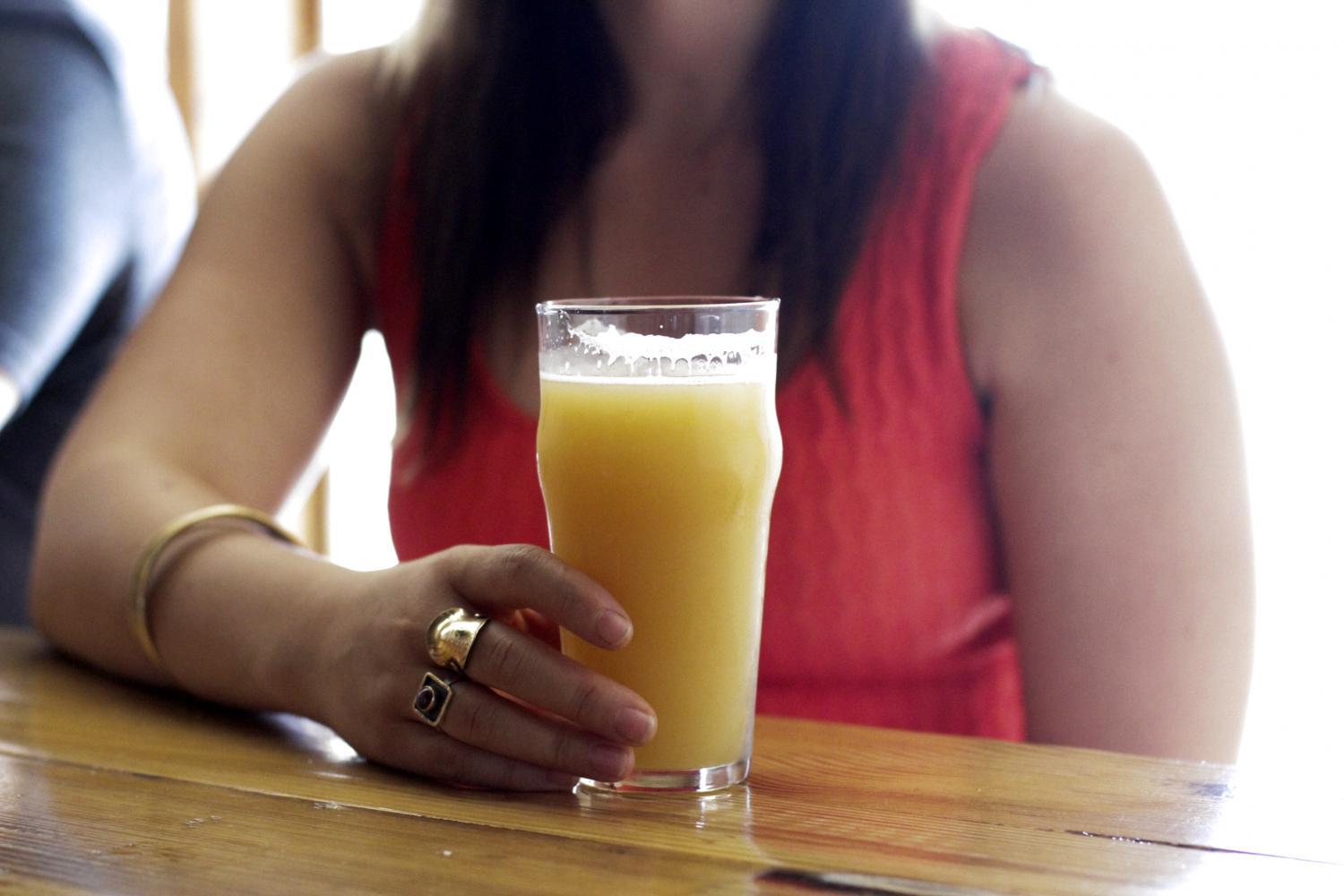 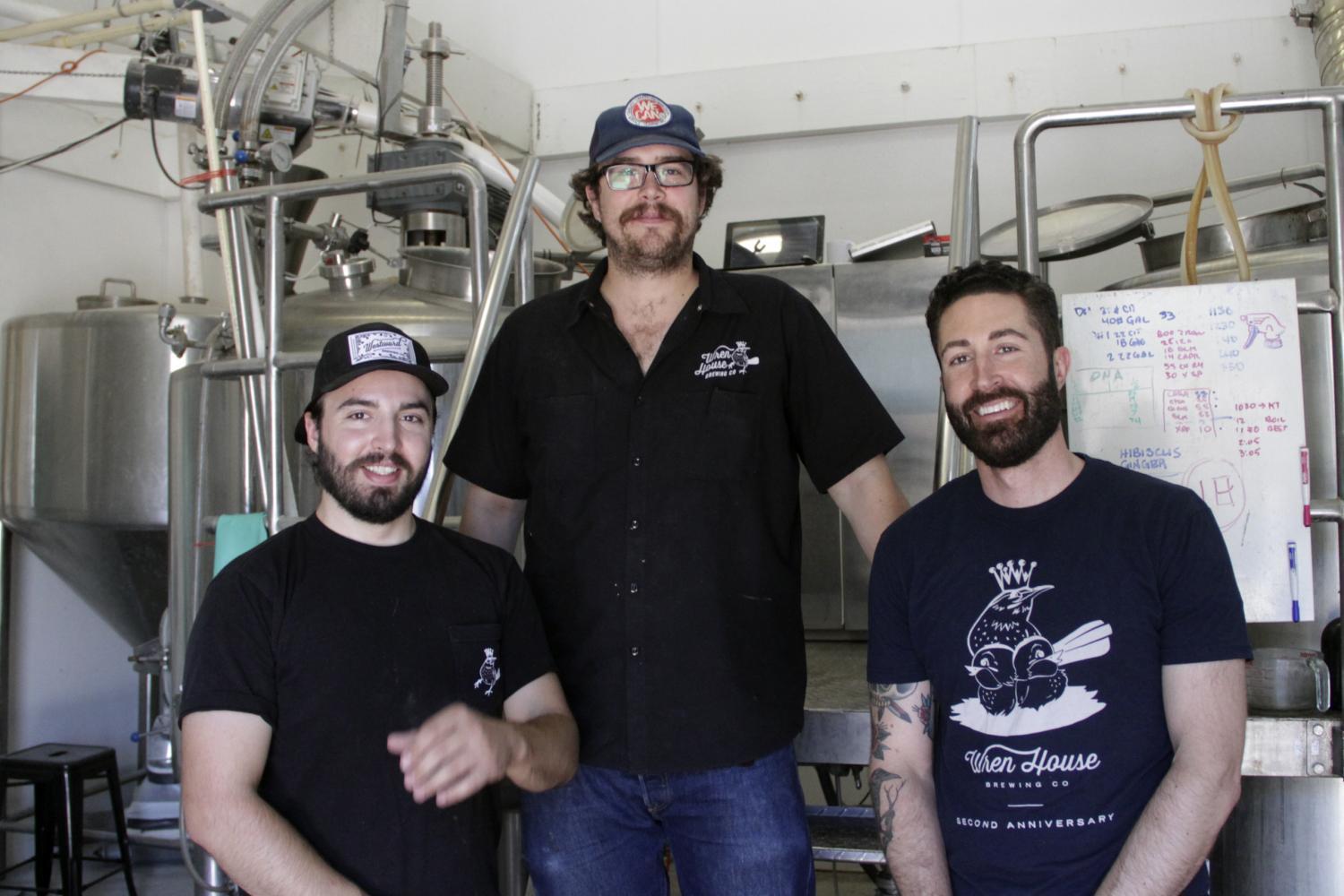 (Photo by Mariana Dale - KJZZ)
Brewer Luke Wortendyke, head brewer Preston Theony and sales and operation manager Allister Dueker. Since Wren House opened two years ago, they estimate at least 40 unique beers have been created.
(Photo courtesy of Channah Rock)
“I think really seeing is believing," Rock said of the purification truck. She said it sparked conversations about water resources across the state this summer.