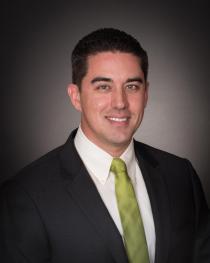 Ryan Winkle is hoping to avoid losing his seat on the Mesa City Council. Winkle was arrested in Tempe in May on suspicion of driving under the influence. It was his second drunk driving arrest in eight years.

After pleading guilty to extreme DUI, Winkle was sentenced to six days in jail and 49 days of home detention.

The Mesa City Council has been moving forward with its own disciplinary plan for Winkle.

Attorney Tim La Sota is representing the councilman. He said to avoid losing his seat, Winkle has offered to accept a public censure from the council. Winkle would also agree not to drink for the remainder of his term and would pay a monetary fine of several thousand dollars.

The Mesa City Charter allows for punishment including the expulsion of a member but La Sota called the disciplinary process poorly defined. He said Winkle’s fate should be left to the voters.

Winkle’s disciplinary hearing is set for Thursday morning. La Sota said he hopes the council will review the offer before proceeding with the hearing.