The Arizona Music and Entertainment Hall of Fame (AMEHOF) is celebrating its newest class of inductees on Thursday, including a handful of the state’s most well-known artists. The ceremony will feature the Gin Blossoms, Nils Lofgren and the Meat Puppets, as well as the Celebrity Theatre.

"To be recognized by your peers, where you came up, may be the greatest honor," said Jesse Valenzuela, guitarist for the Gin Blossoms - a band credited with helping to create what was known at one time as the “Tempe sound.”

For many people, this sound, which is often called jangle pop, is synonymous with Arizona. For Valenzuela, the music is bigger than just one place, but he still remembers his salad days fondly.

"Nobody had a car. We had a band van," Valenzuela said. "And I remember we would all go grocery shopping on Mondays, cause we always worked Tuesdays through Saturdays and had Sundays and Mondays off. There just wasn’t a worry in the world." 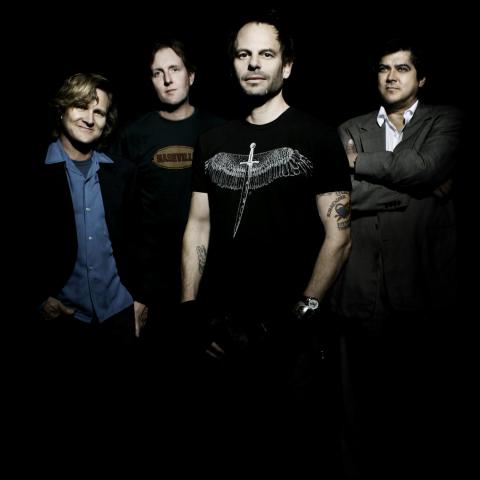 (Photo via wmeclients.com)
The Gin Blossoms.

While the music of the Gin Blossoms is easily identified with the state, many people forget that Nils Lofgren calls the Valley home. Lofgren is known for his solo work, and also for playing guitar with other powerhouses like Bruce Springsteen and Neil Young.

Lofgren did not grow up in Arizona, but he has spent the last two decades of his almost 50 year career here. He feels a deep connection to Arizona, but does not necessarily see his music as rooted in just one place.

"That’s kind of more of an internal spiritual inspiration that can happen anywhere," Lofgren said. "To take a seed of a song or an idea or be inspired working with others - you kind of get carried away by the musical creation, regardless of where you are."

Lofgren’s induction is one he seems proud of, though he is overwhelmingly humble. He was inducted into the Rock and Roll Hall of Fame in 2014 for his role in Springsteen’s E Street band.

He wound up in Arizona because he fell in love with a woman, named Amy. Lofgren first met her when he was playing at the Stone Pony in Asbury Park.

"She wasn’t there to see me, but we visited and I tried to get her to go to Boston at 6 a.m.," Lofgren said.

Though that plan did not work, fate was in his favor.

"And then 21 years ago at the Rocking Horse after a show she walked up and said, 'Hi, remember me?' We started dating, and that led to 21 years here," said Lofgren.

Lofgren will be performing on Thursday night along with the other inductees. According to Mark Myers, president of AMEHOF, that makes this particular induction ceremony unique.

"This will be the first time we’ve had three inductees of their stature actually play music at their induction," Myers said. "And let’s not leave out the Celebrity Theater."

The venue for the ceremony will also be among the evening's inductees. 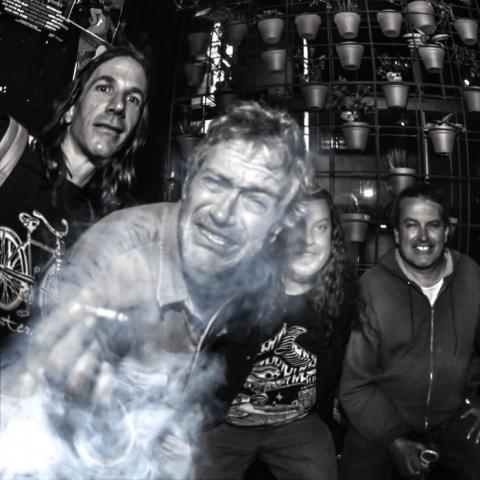 (Pohot by Mary Boukouvalas at Rock Lust)
The Meat Puppets.

"It’s been here since the ‘60s. Everything from Broadway plays and musicals to classical to jazz to contemporary, and boxing," Myers said.

The final act is the Meat Puppets, and the group’s music is sometimes called cowpunk.

"There’s no reason not to think of all the stuff that’s come out of here and I’m pleased that they’re getting down to, you know, our little scene," said Cris Kirkwood, bassist for the Meat Puppets.

That “little scene” Kirkwood mentioned is full of depth. The Meat Puppets reached their own level of success in the gritty style of music they helped carve out, but they also played a pivotal role influencing grunge giants like Nirvana. According to Kirkwood, the band was influenced in a few unexpected ways.

"The company that we’ll be in there with is cool as well. From Marty Robbins and Wallace and Ladmo. I mean, you know, if I’m gonna be in a Hall of Fame it definitely tickles me to be in there with Wall Boy and Ladmo," Kirkwood said.

"I’ve just always kind of seen Phoenix as kind of a mutt, if you will, of a city. And in particular it’s in the desert. And in particular the Sonoran Desert," Kirkwood said. "I think it let us develop our own sound in a way. And it was certainly our little psychedelic laboratory."

Music from all across this psychedelic laboratory can be heard Thursday night at the Celebrity Theatre.