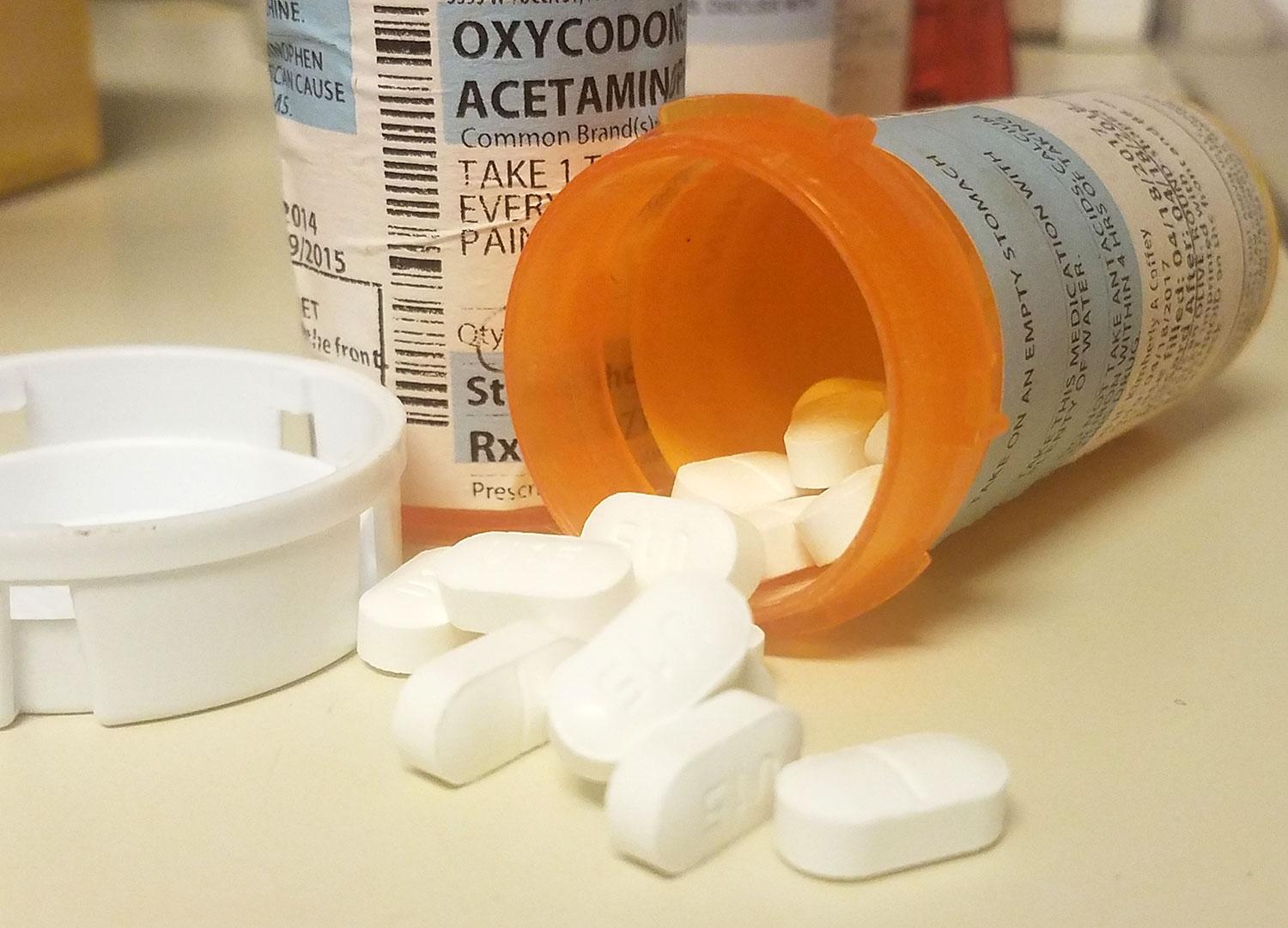 Steve still has trouble making sense of his slide into addiction — how the occasional pill turned into five, 10 a day.

“The fact that it did is still kind of blind sliding just because I drank seldom as a teenager, but never really did anything else,” the now 26-year-old said.

For him, it began toward the end of college. KJZZ agreed not to use his real name for this story. His partner at the time had a spinal condition and would share his painkillers. When they ran out, they’d look elsewhere.

“We were going through a lot just trying to sustain, that was very tough,” said Steve, who grew up in Phoenix.

That lasted for years, Steve said, all the while losing friends, lying to each other.

“We didn’t have anything. We had taken out title loans on our cars. We had no credit, no money,” he said.

Steve’s story has become all too familiar as the opioid crisis has become one of the most pressing public health threats of our time.

“It’s a problem that knows no bounds. It affects men and women, young and old, rich and poor,” Arizona Gov. Doug Ducey said during his most recent State of the State address.

The true extent of Arizona’s crisis became painfully clear months later when the state released new numbers showing nearly 800 people died from overdoses in 2016 — almost twice the number as in 2012. That amounts to about two overdose deaths everyday.

In response, Ducey declared a public health emergency — a strategy that begins with actually tracking who’s dying and where and how.

“Our opioid death data can lag a year behind," said Ducey.

Dr. Cara Christ directs the Arizona Department of Health Services. On a morning in early June (shortly after Ducey’s declaration), she circled a crowded room with data specialists and others, clad in vests, pouring over maps and charts.

“What we are trying to do is reframe this from an addiction stigma, they are dead, we can move on to a 'this is a health condition and it needs to be dealt with like every other public health issue,'” Christ said.

Unlike an infectious disease outbreak, the state’s health care system is not well equipped to track opioid deaths in real time. In fact, getting reliable statistics is difficult. A recent University of Virginia study found Arizona has been significantly underreporting the increase in overdose deaths.

The declaration requires most providers to now report overdoses immediately to the state. Since mid-June, more than 200 people have reportedly died, according to the most recent numbers.

Once they get enough data, Christ said the department can fashion a more comprehensive response. But she admits this public health crisis is different from others - “things that you can rapidly respond to, you can control and then it comes to an end. The opioid epidemic is something we have been dealing with for a long time.”

Just ask her predecessor, Will Humble.

It was during his early days as director, Humble was on the elevator, chatting with the guy who ran statistics, when he mentioned.

“We were surprised to see more people in Arizona died from opiate overdoses than from car crashes. I mean, this was back in 2010," said Humble.

Humble, who now leads the Arizona Public Health Association, said that’s when it hit him. He had the agency put together prescribing guidelines for physicians, but most people weren’t paying attention.

“It was like we were shouting into the wind. It just didn’t capture the attention of policymakers and elected officials," he said.

That’s finally changing, but there’s no extra state funding tied to the crisis, although Arizona does have several federal grants. Humble said that is not necessarily the point of the emergency declaration.

“Instead, it’s focusing those areas in state government that have leverage to mobilize their policy, not necessarily funding, but change their policy around opiate prescribing,” Humble said.

He said one example is the governor’s directive to Arizona’s Medicaid program limiting the first prescription to seven days. And Humble expects other efforts to come later and may require new laws and more money. But at least the declaration creates a sense of urgency.

“I’d even go a step further and say that might be the major benefit actually," said Dr. Michael Barnett, a professor at Harvard University's T.H. Chan School of Public Health.

Massachusetts was the first state to declare a public health emergency because of the epidemic. Since then, others have followed. Mostly, this has meant increasing access to the opioid reversal drug — naloxone.

But it does chip away at one of the most intractable problems — stigma.

As Steve, who’s now in recovery, remembered, he didn't think of himself as the type of person who could be affected by addiction.

“I always thought that addicts were just terrible people who make terrible decisions who just aren’t strong enough," he said. "But being through it, it’s different, it’s totally different.”

And so is his life now. He has a car and a job, but as overdoses skyrocket, his story may be rare.