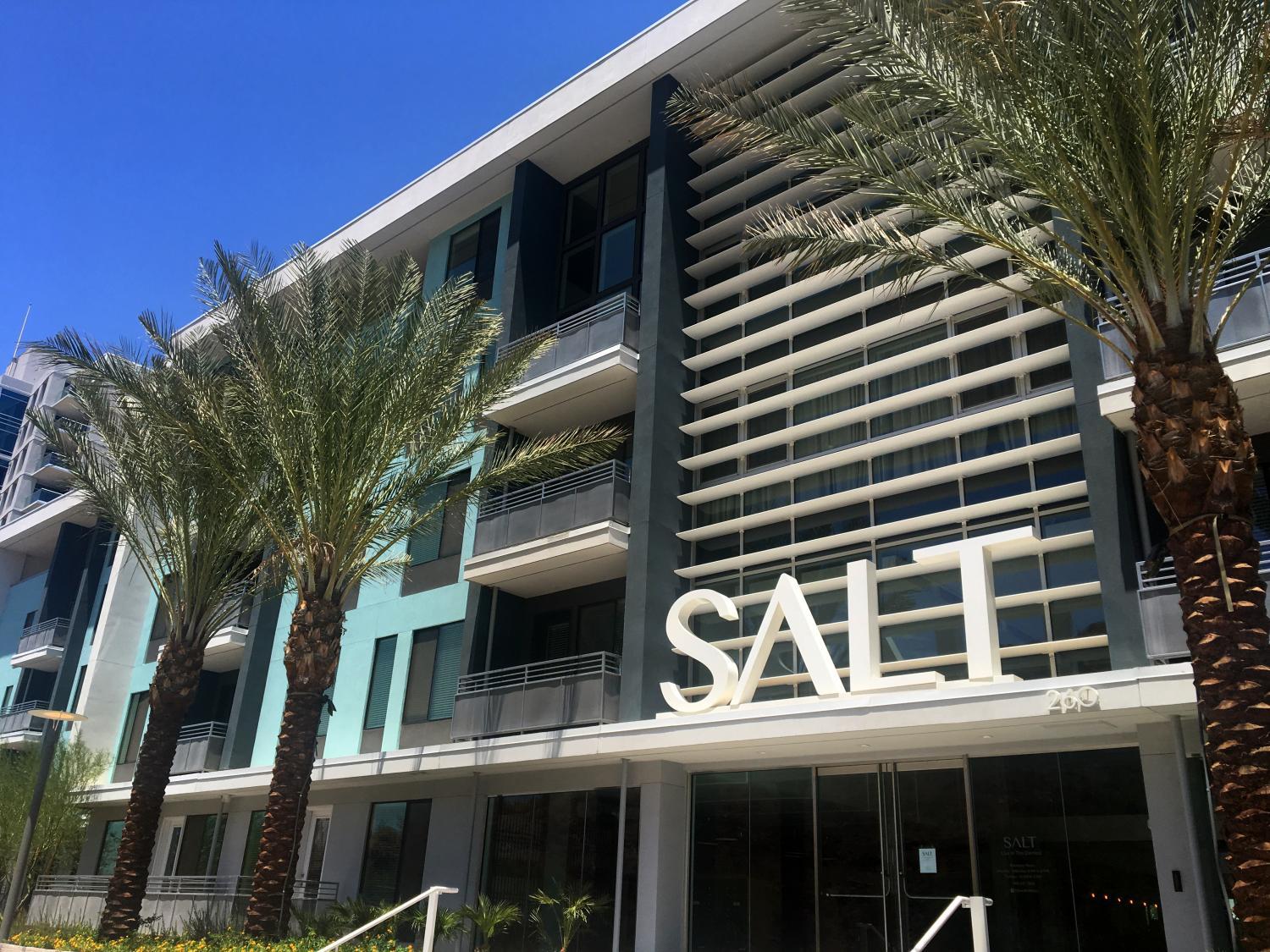 Almost two decades ago, water lapped at the barren shores of Tempe Town Lake for the first time.

Now, shimmering glass high-rises tower over the dry riverbed turned lake. Many were built with the help from a controversial Arizona economic development incentive called the Government Property Lease Excise Tax or GPLET.

One lakeside project, the SALT apartment complex, has landed Tempe in the middle of a $5.6 million legal problem.

The GPLET was devised as a way to attract development to otherwise unattractive stretches of land (think blight) more than 30 years ago.

Everyone pronounces it a little differently, for some it’s a "gee-plet," for others a "jip-let."

However you say it, a GPLET works the same. One cost of developing a project is the land’s property tax. Governments do not have to pay property tax.

So if developers hand their deed over to the city, they are no longer required to pay that tax. Instead, they usually pay a much lower excise tax (the -ET in GPLET).

“We can’t just give away incentives,” said Tempe Economic Development Director Donna Kennedy. “We have to make sure that there is this public benefit whether it’s the infrastructure they’re providing (or) they’re doing the remediation of the land.”

For example, the developers of Tempe Marketplace received GPLET to build on the site of a former landfill. The Arizona Department of Revenue lists 39 properties owned by Tempe and leased back to private owners.

The city has also used GPLET to incentivize projects around its aquatic investment, Tempe Town Lake. The Arizona Republic reported in 2001 the lake cost $45.5 million to build and Tempe spent about $131.5 million in the first few years to improve the surrounding area and maintain the lake.

“We put all this money in towards the lake to be developed and if we couldn’t have that tool for the adjacent land against the investment that the city of Tempe made, then not necessarily the projects that we have today would have been built,” Kennedy said.

It’s built on what is part of one of the first developments on Tempe Town Lake, a 17-acre property referred to as Hayden Ferry.

The plot beneath SALT changed hands a few times before ending up with San Diego developer OliverMcMillan, which received a GPLET deal worth eight tax-free years.

“There is one project on the lake on that south side that I think is not an example of what one would seek and certainly not one you would pay to have built and that’s the four-story stick and stucco apartment complex,” former Tempe Mayor Hugh Hallman said in reference to SALT.

Hallman did not vote for the original Hayden Ferry tax incentive, and he’s not a fan of the complex. OliverMcMillan describes SALT as Tempe Town Lake’s “first-ever luxury apartment address” on its website.

The city of Tempe technically owns this apartment complex now per the GPLET agreement, though the lease it struck with OliverMcMillan absolves Tempe of most responsibility related to the property.

A lien was placed on the property. Construction company Adolfson & Peterson sent a notice of claim, a legal document required before filing a lawsuit, to the city. In it, they claim OliverMcMillan has only paid $35,908,656.00 of the project’s cost and still owes $5,642,181.02.

Tempe officials would not comment specifically on SALT or the lawsuit that could be headed its way.

(Source: Arizona Department of Revenue)
A map of Tempe property owned by government jurisdictions, but leased for commercial, residential rental or industrial purposes.

Hallman, who’s a lawyer, said he doesn’t expect the city will be on the hook for the money.

“Under construction law, a developer of a project can’t be sued without connecting the lawsuit to the land that they’re being sued over,” Hallman said.

Hallman said he believes the project was not deserving of the tax incentive in the first place.

“Tempe doesn’t have to pretend that it’s the ugly kid and hang a pork chop around its neck in order to get the dog to play with it.”

That is a metaphor Hallman has used since his days on Tempe city council. In his eyes, Tempe acts as the ugly kid, the pork chop is the tax incentive and the dog is a developer.

The conservative Goldwater Institute filed a lawsuit against the city of Phoenix in March on the premise the GPLET violates Arizona’s constitution.

The case is still wending its way through the court system.

In the meantime, Arizona legislators have modified the GPLET. This year lawmakers voted to limit the length of time a developer could pay a reduced tax rate to 8 years When the GPLET was first approved in the 90s land could be property-tax free in perpetuity, this was scaled by the 25 years in 2010.

“A GPLET is really the only economic incentive tool that our state has,” said Cheryl Lombard, president and CEO of Valley Partnership. The development advocacy group stepped in when Arizona legislators originally proposed harsher GPLET restrictions.

“We feel pretty firm about the constitutionality of the program,” Lombard said.

In Tempe, Mayor Mitchell is adamant about the incentive’s benefit to the city and cited jobs created, money spent in Tempe and infrastructure built.

“It’s not a giveaway,” Mitchell said. “It’s more of an investment for future generations and for our state.”