Download mp3 (8.94 MB)
Bisbee Mining & Historical Museum, a Smithsonian Affiliate
The exiled men were marched a few miles out of Bisbee to the Warren Ballpark, still in use today. Many of them were on a list provided by the mining companies of time, and others just got caught up in the fray.

The roundup began just after dawn on July 12, 100 years ago in Bisbee, Arizona. A posse made up of hastily deputized local residents had a list of striking miners and sympathizers. They banged on the doors of homes and boarding houses.

It was the beginning of the Bisbee Deportation — a large-scale kidnapping. While the Southern Arizona town is known now for its artist community and liberal politics, it was born as a mining town. And the mining companies are the ones who organized the deportation.

Local Mike Anderson described how these vigilantes interrogated anyone out on the street.

“Where do you work? Are ya working?” Anderson said. “If you’re not working, you’re coming with us.”

And where they were going was the Warren Ballpark, a few miles south of town. Anderson’s got the history and the keys.

By around 10 a.m., the captives — many Mexican and European — were packed into the stands and spilling out into the field, guns trained on them.

Two men were killed — a miner and a deputy during the arrests.

Anderson said the miners were given a choice: renounce the three-week strike and their union — or get into manure-caked cattle cars. About 1,200 men chose the cattle cars. Eleven hours later, they were dumped in the middle of the desert in New Mexico.

(Photo courtesy of the Bisbee Mining & Historical Museum, a Smithsonian Affiliate)
On July 12, 1917, about 1,200 striking miners and supposed rabble rousers were forced from Bisbee on cattle cars and eventually left in the middle of the desert in the New Mexico. The Bisbee Deportation was not talked about for years.

“Close to nowhere,” Anderson said. “It’s between nowhere and nothing.”

Never come back to Bisbee, the men were told.

Author Jane Little Botkin thinks this isn’t a story about evil people. Instead it’s a tale about bad decisions — and greed. The mining bosses knew there was a lot of money to be made in World War I, and a strike would get in the way.

“There was just enormous paranoia because of the war, and the mining companies took advantage of it,” she said.

The mining companies owned the newspapers and were able to paint the miners and the labor organizers as socialists and foreigners.

“You had the publicity machine going,” Botkin said, “and so people are acting what they think is the best interest for their country.” 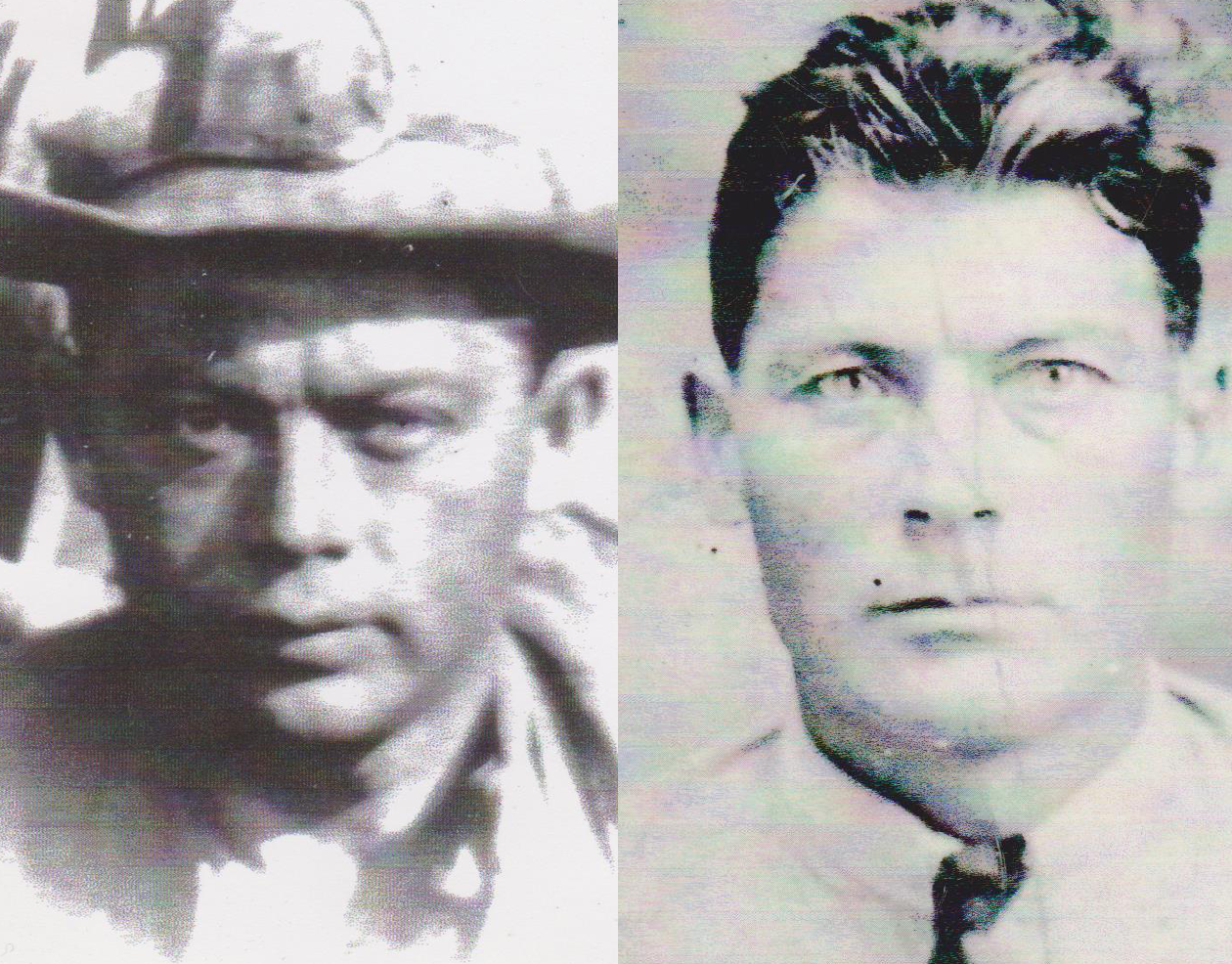 (Photo courtesy of the Bisbee Mining & Historical Museum, a Smithsonian Affiliate)
Archie Cook, left, was deported by his own brother, Edward Leslie Cook. The two never saw each other again.

And that’s how you convince about 2,000 men to exile their neighbors. And, in at least one case, a brother.

“I hadn’t realized until today that he had no choice but to go forward,” said Bisbee native Sue Ray.

She was talking about her grandfather, Edward Leslie Cook, who arrested his brother, Archie Cook. Ray just learned that when her grandpa was deputized, he was told that if he did not go along with the deportation, he’d be forced onto that train, too. And he had many of mouths to feed.

“Grandpa did his part,” Ray said. “He had to go home, and he had to live with that the rest of his years.”

The brothers never saw each other again. They’re now buried a few plots away from each other in Bisbee’s cemetery. Ray says their rift — like the deportation in general — was just not talked about.

“No discussion. You didn’t bring it up,” she said. “And the same went in the households of the community.”

But now, 100 years later, people are talking. Everyone in this story has been or will be involved in commemorative events. Discussions, an art exhibit, even a documentary film, with reenactments featuring Ray’s sons playing her grandfather and great-uncle. On Wednesday night there will be an open stage for community members to talk and sing about their town’s long-hidden history.

Mike Anderson will be there. For him, this day represents a wave of change in Bisbee — and in himself. Long before he lived here, he was social studies teacher with a totally different take on the deportation.

“I’m fairly well-educated about Arizona history, and I always thought these deportees were wild men and radicals,” he said.

And what Anderson found is these were just men — on both sides. They were ordinary men, swept up in an extraordinary event.

“It’s easy to whip people into a frenzy. To turn them on each other, to single out groups of people who you don’t like because they’re different, because they speak a different language, because they have a different religion,” he said. “That’s what happened here in Bisbee.”

After two months in the desert, those deportees moved on. Some got money from a class-action action lawsuit, settled out of court. A small percentage even returned to Bisbee. But most went off to live in other mining communities. A presidential commission eventually found the deportation to be illegal — but no one was ever convicted.

There are still several events coming up to commemorate the Bisbee Deportation. On Friday, July 14, artist Laurie McKenna will a hold an opening for her art installation at 7 p.m. at Central School Project in Bisbee.

From 9 a.m. to 6 p.m., Sunday, July 16, 4th Row Films will film scenes for an upcoming documentary and is looking for extras ([email protected]).

At 5:30 p.m. Tuesday, July 18, Mike Anderson will give a talk on the fates of the banished miners at the Copper Queen Library.

An exhibit on the deportation is now on view at the Bisbee Mining and Historical Museum. "Bisbee Deportation: The Visual Story" features more than 100 photographs of that fateful day.