Can Metro Phoenix Ever Become Bike-Friendly? MCDOT Is Trying To Find Out

Download mp3 (6.05 MB)
(Photo by Casey Kuhn - KJZZ)
Greg Swift, originally from Oregon, rode across the country on his bike and so feels comfortable biking on roads.

You would be hard-pressed to find someone who thinks the Valley is pedestrian-friendly. But the past 20 years have led to a type of bicycle renaissance, with cities adding more and more miles of bike lanes and sidewalks. Now, Maricopa County is creating a plan to address gaps in bikeways.

The temperature high could reach 120 degrees on this day, but that doesn’t stop the Sun City West Bicyclists club from taking their daily morning ride around the planned community.

“There’s 16 of us this morning, that’s actually a little more than we usually have," said Greg Swift, a past club president.

I’m joining them today, on a borrowed bike.

“Is this speed OK?” Swift asked while biking.

To be honest, I’m already winded and a little worried about the miles ahead. But Swift has been biking since he could stand on the pedals.

While there are no bike lanes in Sun City West, he doesn’t feel unsafe, because of the wide lanes and few cars. The part that gets tricky, is a stretch of Deer Valley Drive where there are no paved shoulders and only one lane both ways.

“When there’s a car coming at the same time, that makes a lot less room on this road,” he said.

Being a pretty inexperienced cyclist, I was tense as a dozen cars narrowly passed us, and at the same time I tried not to swerve into the gravel next to the road, which is basically a certain crash.

“But that’s one of our critical ways out of the community, going east," Swift explained. "That’s why we’ve requested a lane there.”

Swift worked with Maricopa County Department of Transportation planners, like Denise Lacey, to put in bike signs and hopes his bike lane request is heard.

“Even if the gap is not in our jurisdictional agency, it gives that information to the other jurisdictions so that we can hopefully work to complete a path,” she said.

Lacey is working on an update to the last bicycle plan done in 1999. She says talking with stakeholders and the public, like Swift, helps find bike path gaps between cities. That can lead to retro-fitting roads never built for bikes.

“We have to keep in mind that the Phoenix metropolitan area, when originally developed, was developed from a rural standpoint, which kept vehicles in mind,” Lacey said.

Most Valley cities now include bike lanes or paved shoulders when building new roads, leading to a large network of bikeways.

And some, like Tempe, are still working to retro-fit busy commuter roads – most recently, and controversially, McClintock Drive.

“Sometimes it feels if you’re adding things for people who aren’t driving, then you’re taking something away,” said Susan Conklu, an advocate with Tempe Bicycle Action Group.

Conklu understands why drivers are upset that Tempe took away a car lane to add a bike lane.

Early data show part of McClintock has become slower, but also has fewer accidents. And that, she says, is for the best.

“Do you really want to feel like you have highways all around you?" Conklu said. "Or do you want to have a safe street that helps people that are walking, biking, taking transit or driving cars to get where they need to go?”

Jason Stephens is with the Maricopa Association of Governments, and says the Valley is shifting to be more friendly to cyclists and walkers because of a certain demographic – millennials.

“The new generation, it’s a different way of thinking for them," Stephens said. "They’re not thinking the same way. They don’t want to live in Queen Creek and commute to Phoenix.”

Reed Kempton is a county planner and wrote the original bicycle plan.

“So it’s very different than it was in ’99 when we were essentially trying to convince people that bicycles should be using the road when now we’re discussing what’s the best facility to put there,” Kempton said.

That old plan identified more than 450 miles of roadways that needed bikeways, and about a third of those projects were completed.

Kempton hopes this new plan will be the next step to create safer roadways for all bikers willing to brave Valley traffic.

“If I had a bike lane on every arterial street, I would be happy. Now for my kids, and their kids, they need something different.”

The county just closed its public comment period for the plan and will present detailed projects by the fall. 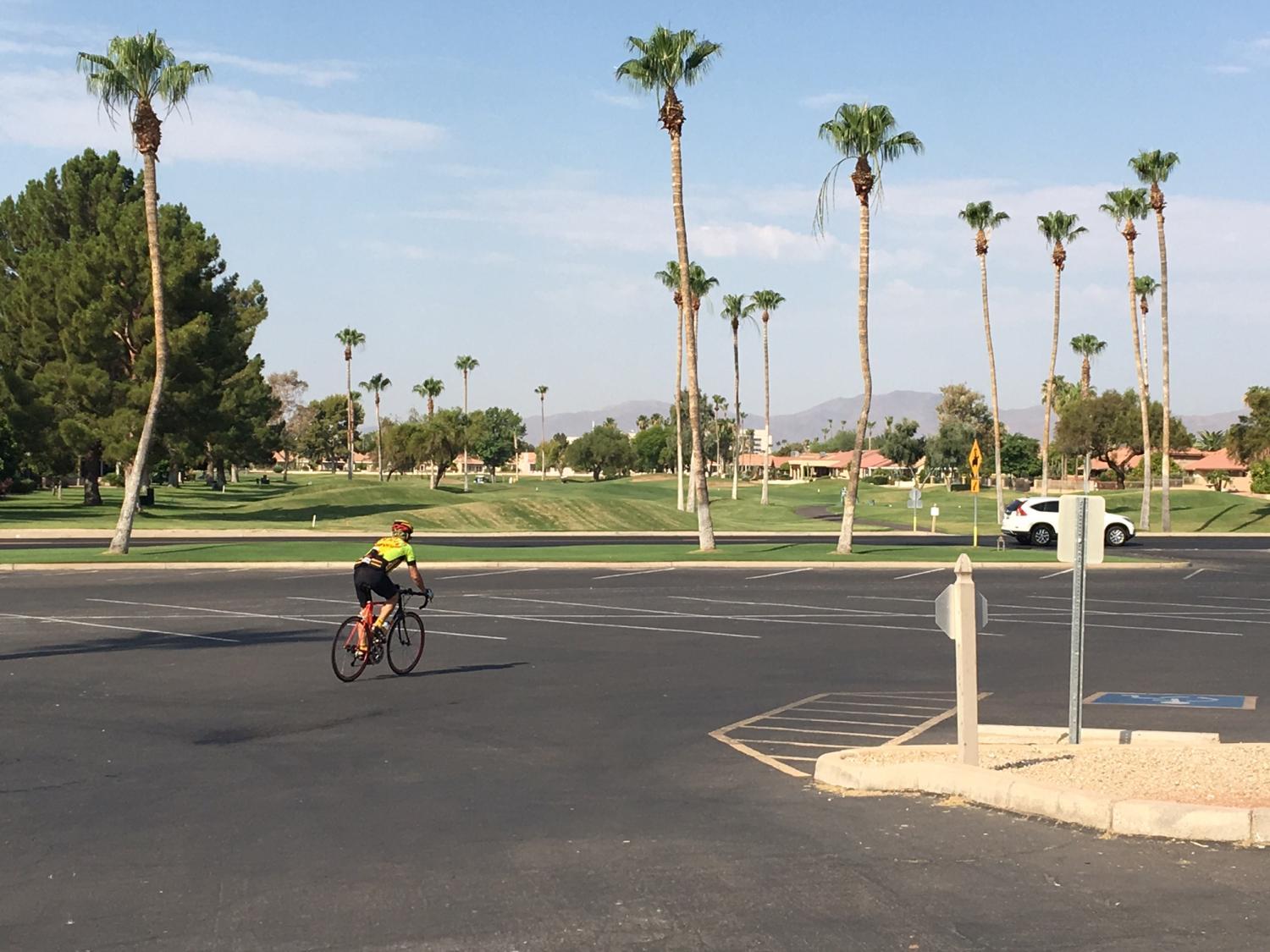