LGBT People Reflect On The Few Months Under Trump 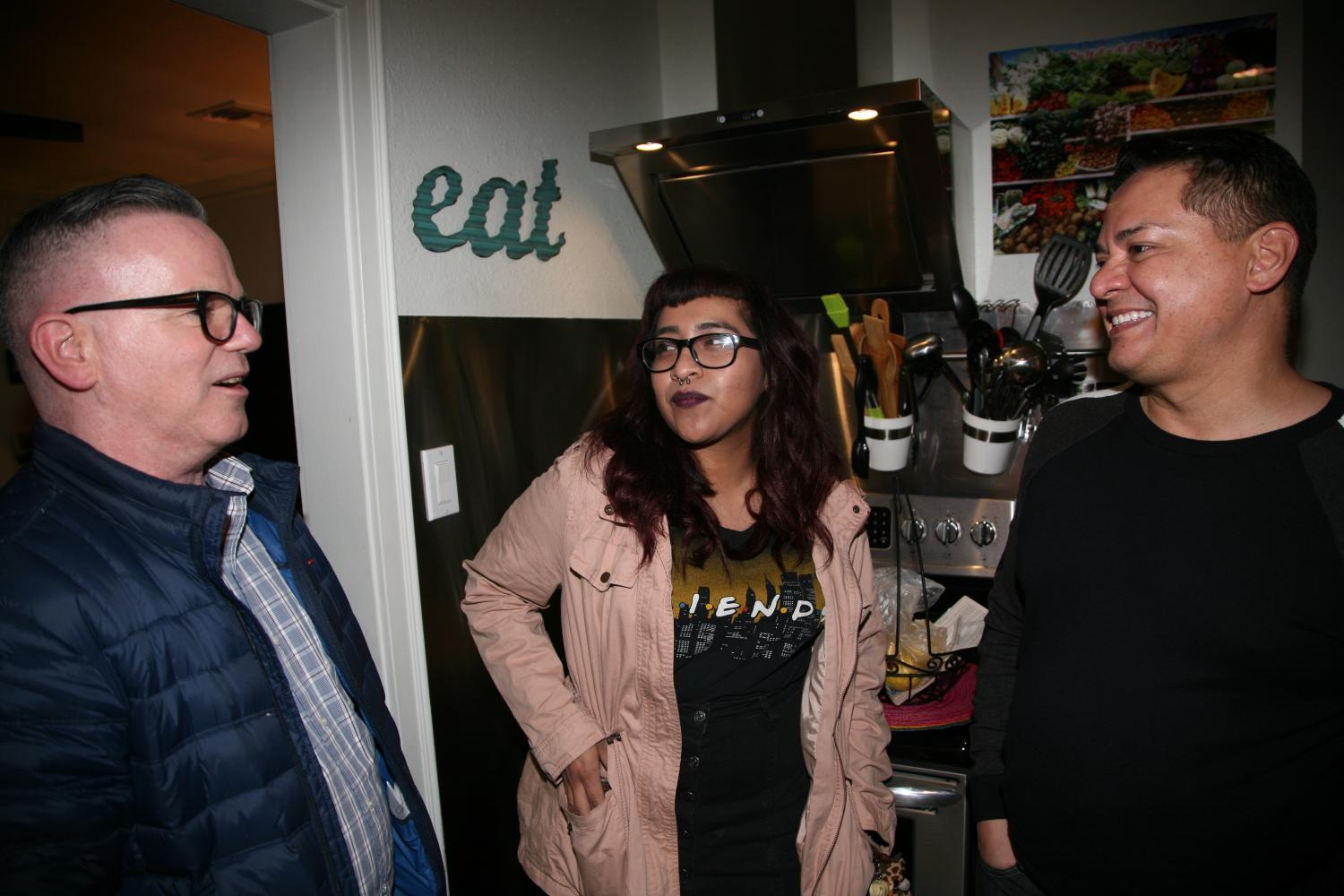 (Photo by Stina Sieg - KJZZ)
The last time Brendan Mahoney, Jenni Vega and Tony Moya met, President Donald Trump had not yet taken office. Now, five months into his presidency, they find they're scared about many of the same things as in late 2016.

In the lead-up to this year’s inauguration, lots of people around the country were talking about how the election was affecting them. Here in the Phoenix area, we spoke with a group of LGBT people, worried about what a Trump administration would look like — for minorities, in particular. Months later, we checked in with them again.

The pizza-fueled conversation started off breezy among these two middle-aged gay men and this young, genderqueer woman. But it became serious quickly, the moment the actions of the Donald Trump administration are brought up.

Vega, who uses the pronoun “they,” was referring to Trump’s proposed travel bans, the immigration crackdowns, the push to repeal Obamacare.

“Everything that we all thought would happen happened,” they said.

While everyone at the table agreed that LGBT people have plenty to worry about under this administration, that’s not their main concern. They’re much more focused on the treatment of people in this country illegally — and of Latino people in general. Vega, who has silver, dyed hair and a septum ring, identifies as "Chicanx," a gender-neutral form of Chicana.

“I’m living in a place where I’m not wanted,” they said.

Vega doesn’t just mean Arizona — but America. Tony Moya gets it. The 53-year-old recently went to Vietnam with his husband for their honeymoon. They’re both Latino, and on the way back to the United States, Moya worried about something he’d never thought about before.

“You know, are they gonna confuse me for a Mexican national and put me in some room,” Moya said. “And what am I going to say? What am I gonna do?

Even though Moya’s a natural-born American citizen, he finds he’s waiting for people to confront him, to target him for the color of his skin.

“People are emboldened to tell you what they think and what they feel,” he said. “Because it’s starting at the top.”

The top meaning the president. Moya believes Trump used the racial divisions in this country to his benefit during his campaign – and believes Trump still does. For 59-year-old Brendan Mahoney, this makes it impossible to find common ground with Trump supporters — even though many are similar to him: white, Christian, male.

“Usually, there’s a time to compromise with people, but in this case, there is no compromise,” said Mahoney. “Absolutely none. We only can resist.”

These three feel it’s too dangerous to do anything else. For Jenni Vega, resistance means writing more — making more art. Being who they are, even more openly than in the past.

For Tony Moya, resistance looks like continuing, with renewed energy, what he’s done for years — fundraising for Democrats. In this era of Trump, Moya is still a deep believer in democracy.

And resistance takes on religious significance for Brendan Mahoney. He recently helped convince his congregation to offer sanctuary to people facing deportation.

“The only solution now is to be unafraid. Don’t let them make us afraid. Then they win,” he said. “Be unafraid. Be who you are. Stand up. Speak out. Shout. Loud.”

No one at this table plans to be quiet any time soon.