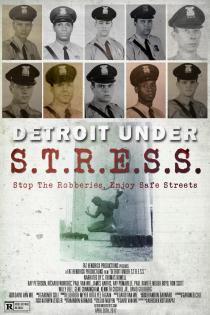 In the early 1970s, the Detroit Police Department decided to try something new, in its effort to reduce crime.

The new film, "Detroit Under S.T.R.E.S.S.," tells the story of that unit. Phoenix-based filmmaker David Van Wie is the movie’s producer and director.

There’ll be a screening of the movie tonight at The Picture Show theater in the Paradise Valley Mall.