Homeless In Plain Sight: A Perpetual Problem With Many Ways To Help

This is Part V in a special five-part series, Homeless In Plain Sight, in which KJZZ hopes to start a community conversation about the people, programs and potential solutions to homelessness in the Phoenix area. 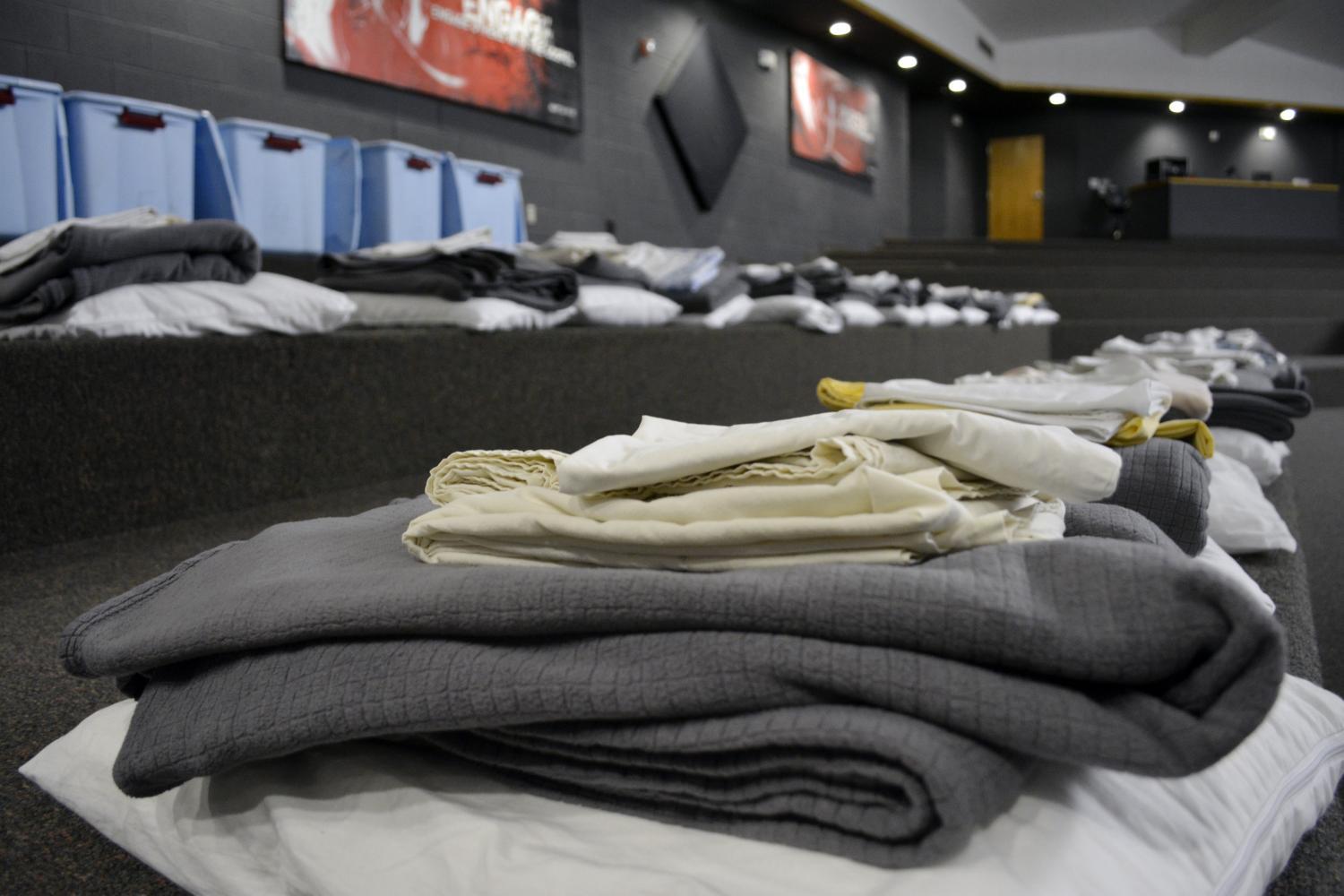 As the city of Phoenix found out, it can be difficult and controversial to try and change the way people help the homeless.

“Unfortunately, it’s a little bit counterintuitive, but when you provide things that people need while they’re on the street it allows them to stay out on the street,” said Riann Balch, deputy director of Phoenix’s Human Services Department.

The city also reported it receives complaints about the trash that accompanies large groups of encamped homeless people and reports of illness from some of the food served by charity groups.

“What they're doing in our eyes is not illegal," Balch said. "We just think there are better ways to help.”

The city convened a working group called Success Off The Streets with faith groups, non-profits, businesses and individuals to work on other solutions, but it took time to build up support.

“We were angry at first, it was a very disheartening thing,” said Lindsay Winebarger, an outreach pastor at Church for the Nations, which would set up at parks to pass out food.

But when Phoenix staff told the church the meals they passed out could make people sick, for example if they had a food allergy or tried to save the food for later, it reconsidered its position.

“We discovered that what we were doing wasn’t really solving the issue,” Winebarger said. “There was still a ton of homeless people.”

The church put its efforts into extending a mentorship program to homeless people. Essentially, connecting individuals who want to help, with those who need it.

“A lot of it is simple life skills, but it’s also just being a friend and empowering them to get their dreams back,” Winebarger said.

Dena Walker lived on the streets for almost 15 years before she entered a transitional housing program through House of Refuge.

Dena lost everything when she became homeless. After she met Bernice, life started to change.

“Being homeless people consider you either junkies, or crazies or just nobodies who just are taking up space or air,” Walker said, tearing up. “I lost every relationship in my life whenever I became homeless.”

A church would visit the Glendale park where she spent most of her time and pass out meals, but it never inspired Walker to change.

“I would just hurry up and go grab some food and leave,” Walker said. “I wouldn’t even talk to them or make eye contact with them because I didn’t feel I was worthy enough.”

Through another church, she met Bernice Livingston who became her mentor. Where Walker is reserved and guarded, Livingston is garrulous and warm.

“She’s got the gift of gab and I don’t,” Walker said laughing.

“Even though I talk a lot, I listen,” Livingston said.

They both like coffee and Dunkin’ Donuts became part of their routine. It’s one of the first comfortable relationships Walker had since moving off the streets.

"Whatever I’m going through I’ll tell her, I’m open to tell her everything,” Walker said.

“I know that if you’re going to be a successful mentor, you have to love people,” Livingston said. More than a mentee, she said she considers Walker a friend.

“I’m just dumbfounded at how Tempe can be such a world-class city and not have any solid options for housing or outreach or meals,” Mancini said.

A 2016 Tempe ordinance banned sitting or lying down on the sidewalk in downtown Tempe. The move drew protests from homeless advocates, but was supported by merchants in the area.

“When I’m constantly berated by people asking my guests, that are trying to enjoy themselves, for money it’s a problem," Chad Wilford, who owns Fat Tuesday on Mill Avenue, told city council in April 2016.

Trash piles at Tempe’s Papago Park attributed to urban camping also spawned a city-wide effort to clean up and connect the people in the park with services.

The increased enforcement coincided with an increase in arrests for urban camping in the park, up to nine people in 2016 from three the previous year.

Mancini had a personal exposure to the issue since childhood. Her parents would invite homeless people to stay in their home or backyard.

“I grew up expecting that as part of my community and it wasn’t weird and it wasn’t bad and you just helped people that needed a place to stay once in a while,” Mancini said.

More recently she participated in Maricopa County’s annual homeless count and collected donations for a former neighbor who lost his job at ASU and became homeless.

“I’ve always hung out with them at the bus stops and even if I can’t give them money or a place to live, I’ll always talk to them as if they are human beings and neighbors,” Mancini said. 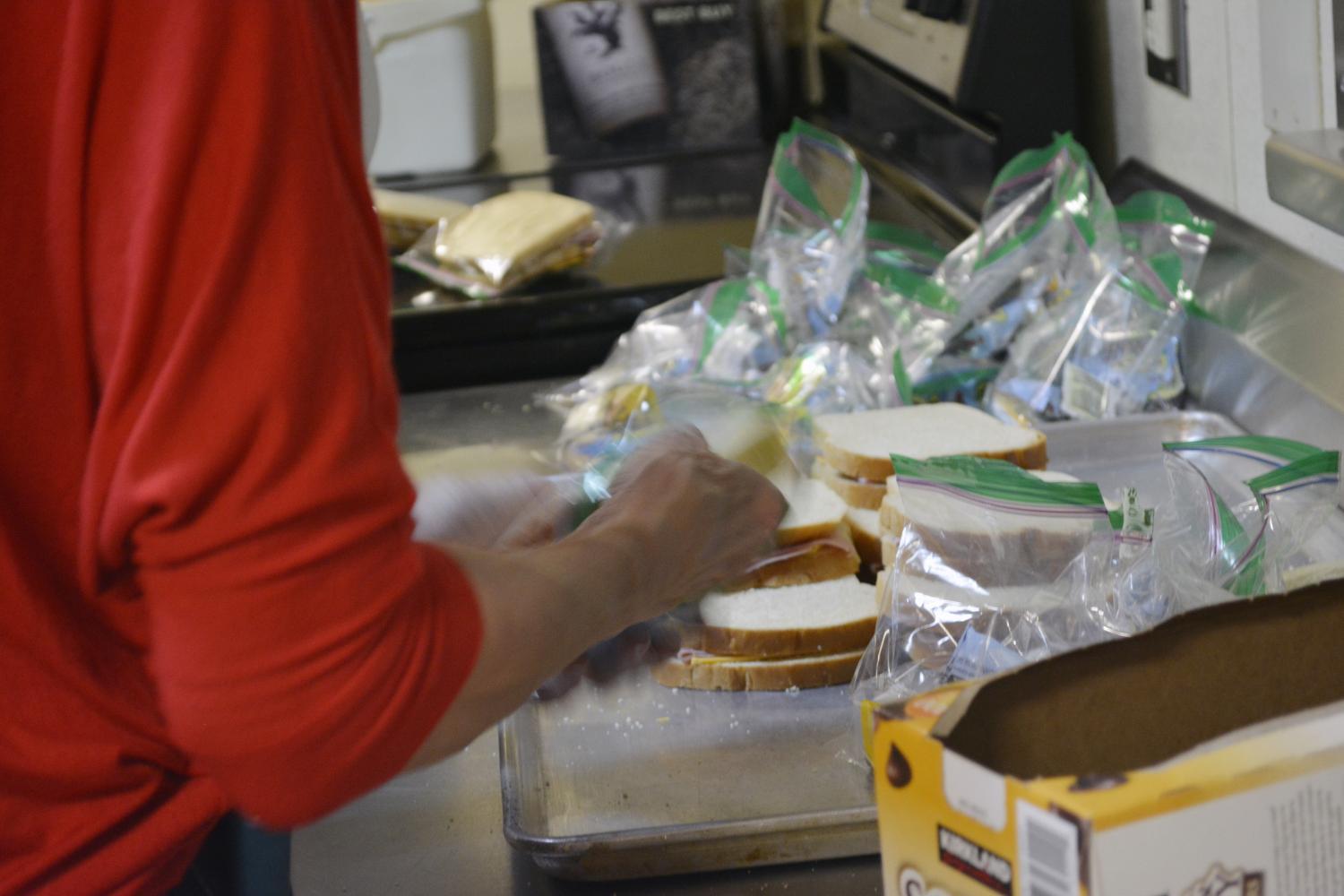 (Photo by Jackie Hai - KJZZ)
A volunteer prepares meals for the homeless at Grace Community Church.

It’s a Tuesday night and meal preparation is underway at Grace Community Church in Tempe.

A group of volunteers known as the “Grace Grillers” tend to sizzling bratwurst, onions and peppers and another team packs bag lunches for homeless guests to take with them in the morning.

"So churches are famous for potluck dinners and they have beautiful spaces like this,” said Ken Seegren as he motioned to a large multipurpose room in Grace Community Church’s student center.

Homeless guests and volunteers dine at the round tables set up around the room and later, the furniture will be cleared to make room for sleeping mats.

The Valley’s faith communities are some of the most constant providers of food, shelter and other services for the homeless population. In Tempe, which lacks a formal shelter such as Phoenix’s Central Arizona Shelter Services, churches share the responsibility of providing a place for people in need to eat, shower and sleep each night.

The Interfaith Homeless Emergency Lodging Program, I-HELP, began in 2006.  Since then, similar programs started in Chandler and Mesa. The Tempe Community Action Agency facilitates the program and monitors the church’s homeless guests each night.

“I can't believe this,” she said, looking down at her full plate. “This is beautiful.”

Ashmann relies on I-HELP for a place to sleep each night and has gone to St. Vincent de Paul and The Salvation Army for other assistance.

“My grandson is 6 years old and my granddaughter will be 4, and grandma being in this situation is not a good thing,” Ashmann said. “I need to pull it together.”

Next to her, Curtis Shiffer digs into a second helping of dinner. He said he spent time in the I-HELP program last fall, but had since left and had problems managing his diabetes.

“If you don’t mind, I’m going to be reticent and enjoy my meal,” he said.

Later, after a third bratwurst, Shiffer offered his advice for people who want to help the homeless.

"My advice to them is to be understanding, it's like when you're not homeless or haven't experienced it, you kind of look down on them.”

Robert Waddell, who helped man the grill for this meal, advised people to be deliberate when thinking about how they want to help the homeless.

“If you're serious about it, you can find a way to plug in," Waddell said.

KJZZ has compiled a list of agencies around the Phoenix metro area that provide services to the homeless. Explore the locations in the map above for volunteering and donation opportunities. Did we miss one? Email [email protected]

'Part Of Ending This Problem'

The question of how to help doesn’t have one right answer, even for those who have made their living working with the homeless population.

Kim Van Nimwegen calls herself the “ending homelessness coordinator” for the city of Tempe. She has worked with homeless people for almost four decades in Chicago and Arizona.

Van Nimwegen was once staunchly against giving money to panhandlers, but has softened.

“I still struggle, to tell you the truth, with what to do at the stoplight and I guess I would say, most people you have to do what your heart tells you to do.”

For Van Nimwegen, that means handing out a bus pass, a bottle of water and a list of services like where to get a food box or help finding a job.

She challenges people to go beyond spare change by volunteering or supporting a charity.

“I think you can feel good for an instant having that interchange with a person or you can really be part of ending this problem.”