Homeless In Plain Sight: Who Are The Homeless?

This is Part II in a special five-part series, Homeless In Plain Sight, in which KJZZ hopes to start a community conversation about the people, programs and potential solutions to homelessness in the Phoenix area. 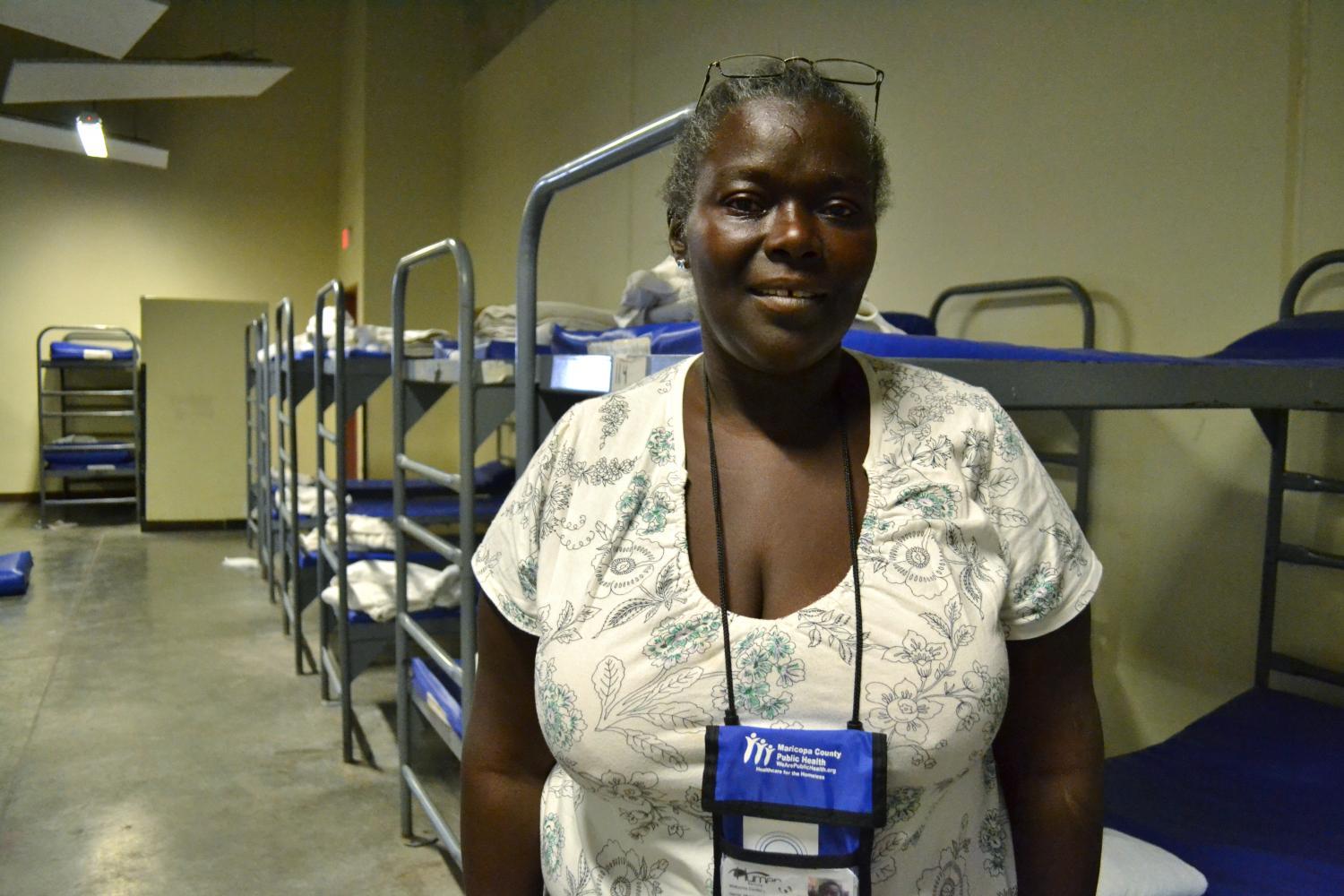 (Photo by Annika Cline - KJZZ)
Vivian Manning-Jackson has been homeless since November.

At any given time in Maricopa County, about 6,000 people are homeless.

“My street name is Ladybug,” Robin Elerick explained after spelling her real name. She’s 47. She wears glasses, and her vision is waning. She has a dog named Peanut.

“Being homeless is just a condition that people experience, it doesn’t define someone."

–Amy Donley, assistant professor of sociology at the University of Central Florida

“She is a chihuahua and beagle mix,” she said.

And she used to work at a carnival.

“I worked the goldfish game,” she said.

Kenny Smith is a veteran. He joined the airforce in 1987.

“And I got out I think in ‘92,” he said. “And it was like well, gee, Kenny, the civilian airplanes don’t have bombs and missiles, so what are you gonna do now?”

He has a beard, freshly trimmed. When he talks, it’s expressively, with his hands.

And she has disabilities.

“I have fibromyalgia, rheumatoid arthritis," she said. "Any job I apply for I’m going to get fired.”

These three people are part of an estimated 553,000 homeless in the U.S. right now. It’s a population that’s mostly single adults; it’s 60 percent men; 40 percent black. Serious mental illness affects about a third. And it might be surprising to learn that most homeless are sheltered.

Almost 500 men and women come through the doors each afternoon to sleep there at night.

“Our clients are getting ready to come in for the day,” Saracino said one afternoon. “Many of them have been out in the community doing what they need to do to end their homelessness.”

And many will end it - soon, actually.

“Most only stay one night. People who come to the shelter program are out of here pretty quickly, within a couple of weeks,” Saracino said.

Just 10 percent of CASS clients use the majority of bed nights. These are the chronically homeless — people with long or frequent patterns of homelessness who also have a disability.

“Yes and we’re seeing increases in our number of chronically homeless individuals as well,” Saracino said.

And that’s not including the number sleeping on the streets. That number is high. Unlike the short-term homeless, the chronically homeless sleep on the streets far more than in a shelter, making that group even harder to help if they aren’t turning up at the door to ask for it.

“Sometimes you have to set your pride aside and let people help you,” said Manning-Jackson.

She’s been homeless for half a year.

“Meanwhile, while I’m here, I do what little bit of things I can do to show my appreciation,” she said while shaking out bedsheets.

She makes the rows of beds, tucking the sheets neatly into their corners like she used to do at home.

“I really miss being able to just go into my linen closet, pick out a sheet,” she said.

She was evicted for failing to pay rent when money got tight.

“There’s a lot of people in our country that live their lives on the brink of homelessness,” said Amy Donley, an assistant professor of sociology at the University of Central Florida.

She researches homelessness and poverty, and says the two conditions are closer than you might think.

“They’re one emergency, one illness, one broken car from becoming homeless,” she said.

So for the half a million homeless out there, there are millions more in poverty who are on the threshold of losing their housing. In 2012 the Morrison Institute at ASU surveyed people experiencing homelessness in Arizona and found close to half said they lost their living space because they lost a job.

“Being homeless is just a condition that people experience, it doesn’t define someone,” Donley said.

Manning-Jackson hopes it will soon be a part of her life left in the past. She’s waiting on social security benefits to kick in and thinks she might get approved for a place soon.

“And I want it. You know, running my own household, cooking my own meals,” she said.

And then that’s it. She won’t be homeless anymore.