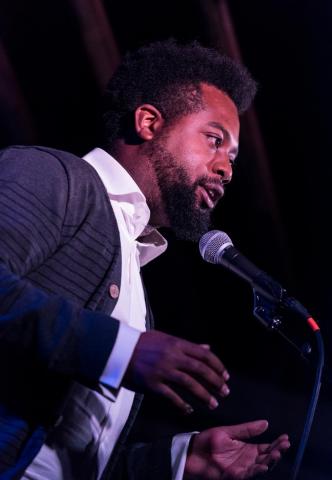 Evan Roberts was born in Memphis. He said he didn’t live in the greatest neighborhood, but he and his siblings always played in the streets and felt safe.

Roberts found lots of different toys to play with, including a sling shot and even a machete that he found behind his aunt’s house.

His dad had been a boy scout and taught Roberts to make a bow and arrows. He also showed him how to shoot a BB gun in the backyard.

Evan Roberts is a social media strategist and lives in Phoenix.

The next storytelling event is June 28, 2017, at the Crescent Ballroom in Phoenix.