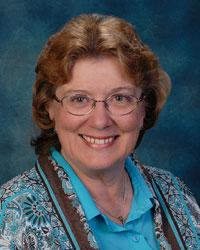 A Scottsdale city councilwoman says one of Arizona’s largest charter-school organizations must change its policy for transgender students to get her support for a new athletic facility.

On Tuesday evening, the City Council gave the go-ahead to begin conversations on partnering with Great Hearts Academies to develop a piece of city-owned property near the DC Ranch community in north Scottsdale.

Under the initial proposal, Great Hearts would pay to build the park and accompanying athletic facilities. In return, the land would be open to the public when certain areas are not in use by sports teams.

Some locals are worried about stretching public resources, disrupting the neighborhood and hurting property values. Councilwoman Kathy Littlefield shares those concerns and has another: Great Hearts' "biological sex and gender" policy.

As KJZZ recently reported, the Great Hearts Arizona Board of Directors, filled with business and community leaders, decided last year that students must use the bathrooms and locker rooms that correspond to the sex listed on their birth certificates. That requirement also applies to pronouns, the dress code and school activities. Arizona law requires a person to undergo gender reassignment surgery in order to change a birth certificate.

Some Great Hearts families with transgender children and LGBTQ advocates have called the policy "anti-transgender" and "discriminatory."

Littlefield said Scottsdale has a non-discrimination policy for its employees.

“I would want to make sure that we as a city stand behind our own policy statements, especially when dealing with those we do business with and that would include Great Hearts," she said.

Littlefield said she was told by representatives of Great Hearts that they are rewriting the policy.

But a school spokesperson said Great Hearts has not made any changes and did not comment on whether it would.

The statement from Great Hearts to KJZZ, in part, states:

"... our policy focuses on the separation of the sexes where the differences between minor-aged boys and girls really matter: locker rooms and bathrooms, as well as accommodations on overnight field trips.

"Great Hearts does not discriminate. Our policy is simple, clear, and applies equally to all students: access to these uniquely private facilities is determined by the sex stated on a student’s birth certificate, which has always been the governing document when a student is enrolled at Great Hearts or any school system in Arizona."

The statement does not address the other aspects of the policy that deal with issues like pronouns, "the grooming standards of their sex" and school activities.

Great Hearts does allow students to use a unisex bathroom, but a Great Hearts student who is transgender told KJZZ that often isn't practical during the school day.

Littlefield said Great Hearts has pulled its original proposal and she expects the project will come back to the council for further consideration now that city staff, council members and citizens have offered their input.