The Valley is home to relatively young cities, which means young buildings. After the housing crisis, many new structures were left abandoned and became blights on the neighborhood. Now some West Valley cities, like Peoria, are moving past recession-era problems and zapping blights off the map to bring potential development downtown.

Peoria pastor John Rineer unlocks a gate on a city-owned property that used to be a hardware shop in the old part of town.

“The first thing that people are going to really notice besides the removal of those buildings is these planters start to go in in different areas,” he said.

Now it holds planters, in the process of decoration by local shops — his church’s planter has a Wild West theme, with a cowboy on one side and a motorcyclist on the other. 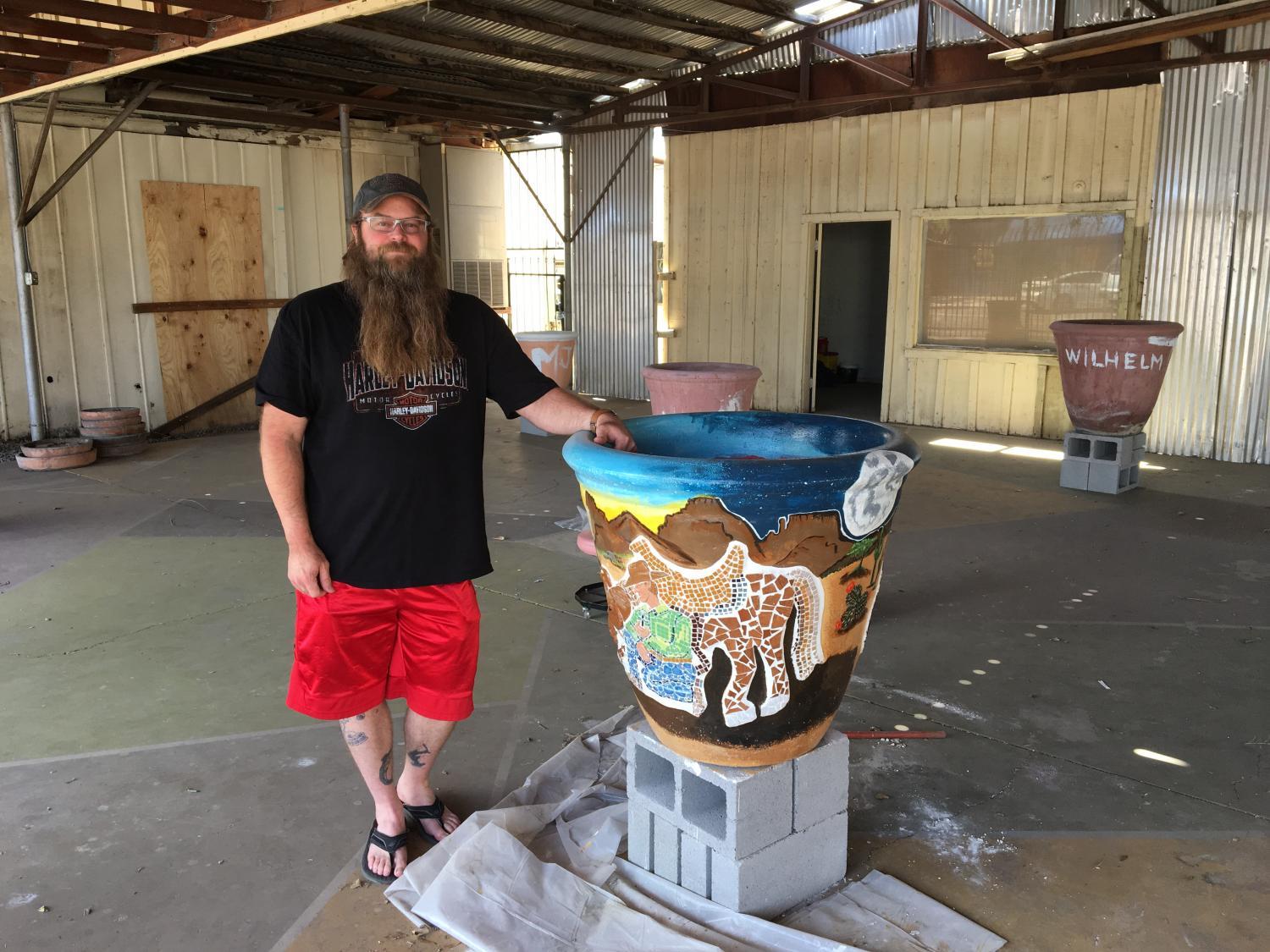 “I think it’s just amazing. It’s going to show the character. The theme on a lot of them is old and new,” he said.

He also shows me vacant lots where the city bought buildings, tore them down and then rehabbed.

While Peoria is investing in lots with public money, city officials also rolled out a pilot program a year ago aimed at tearing down or rehabbing blighted buildings.

Susan Daluddung is Peoria’s deputy city manager and now, post-recession, is a good time to clean up the neighborhoods.

“And in the downturn, we had a lot of programs and livability teams because there were a lot of abandoned properties and we’ve gone past that now. Now is the time for reinvestment,” she said.

Unsafe structures not only create hazards, but they also lower property values and attract crime.

"The buildings that we’re talking about, they drain our resources. As vacant properties, we get called to unsecure properties, graffiti, no end of nuisance violations,” Davies said.

Most of these properties are abandoned homes and on small lots. The program is just the first step to get these out of the neighborhood. And the city hopes developers or property buyers will see the opportunities of clean open lots that would lead to development.

The program isn’t unique in the West Valley — Glendale has had a blight and unsafe structure abatement program for almost a decade.

“It could be more effective, but funding something like that and having the staffing to address it is an issue, and that’s the same with any jurisdiction. But based upon the resources that we have," he said. "I think we’ve been highly effective.” 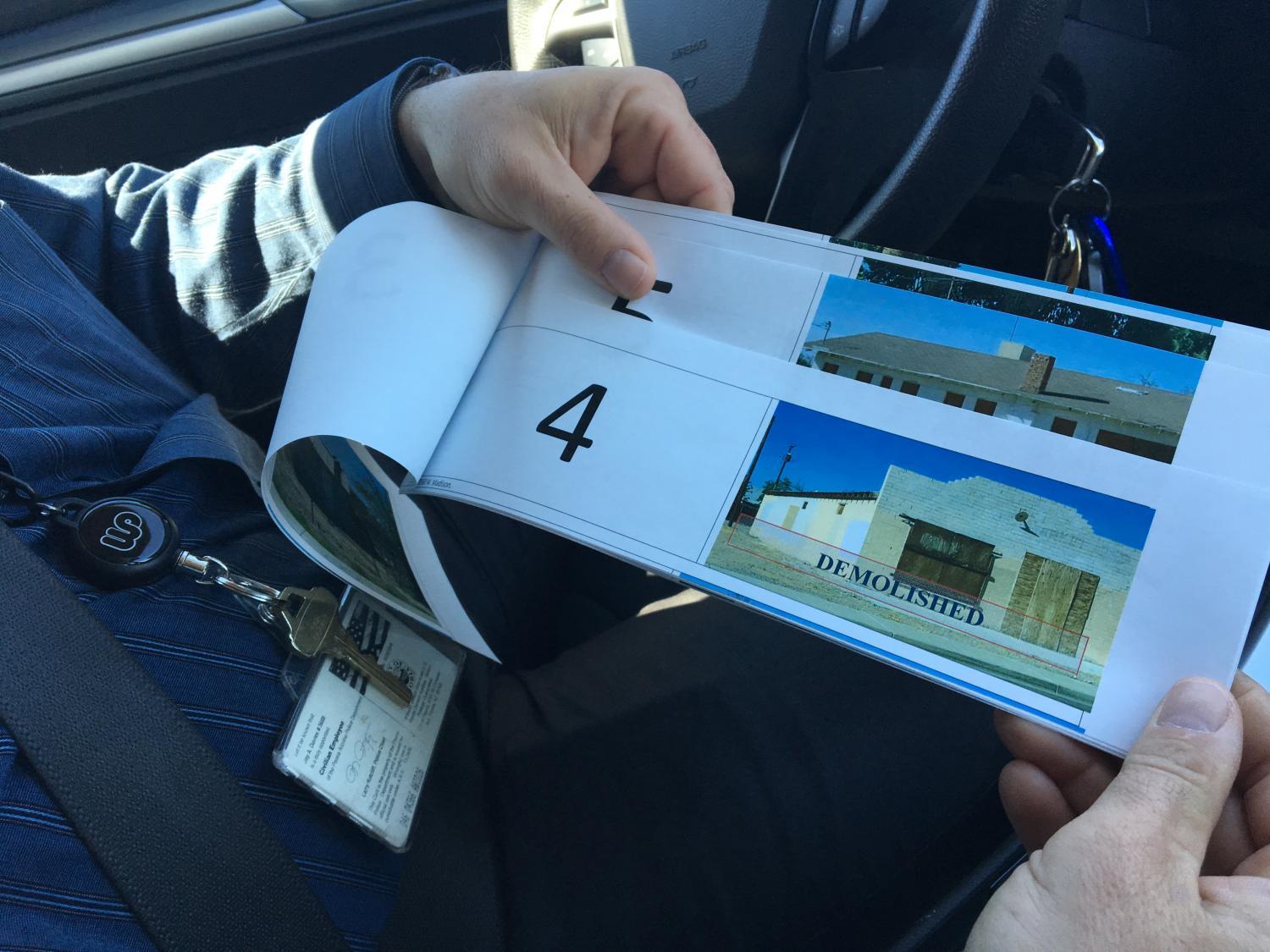 (Photo by Casey Kuhn - KJZZ)
Peoria's Jay Davies shows which buildings have already been demolished in the pilot program.

Both Glendale and Peoria are relatively young, and filled with buildings less than a hundred years old.

"With the Valley being one of the hardest-hit areas in the country during the housing crisis, this makes a lot of sense for a community to see these kind of boarded-up situations and then want to take action," she said.

Ehlenz says now is a great time to take stock of a city’s structural landscape.

"Another thing that's important to note the timing of this," she said. "This is really forward-looking, to start to understand that, yeah, our housing stock is aging, the cities are not static, and so this is an effort to respond to that dynamism in real time."

Back in old-town Peoria, Pastor Rineer thinks the city has a long way to go in restoring the historical center — but is on the right path.

“The visual difference for even say a business owner who might want to come down here and put a business – having it like this vs. the way it was? It’s night and day.”

The City Council has renewed the blight program for at least another year. Almost all of the the buildings from Peoria’s pilot program have already been demolished, though one is under appeal, and another is in talks to be saved.